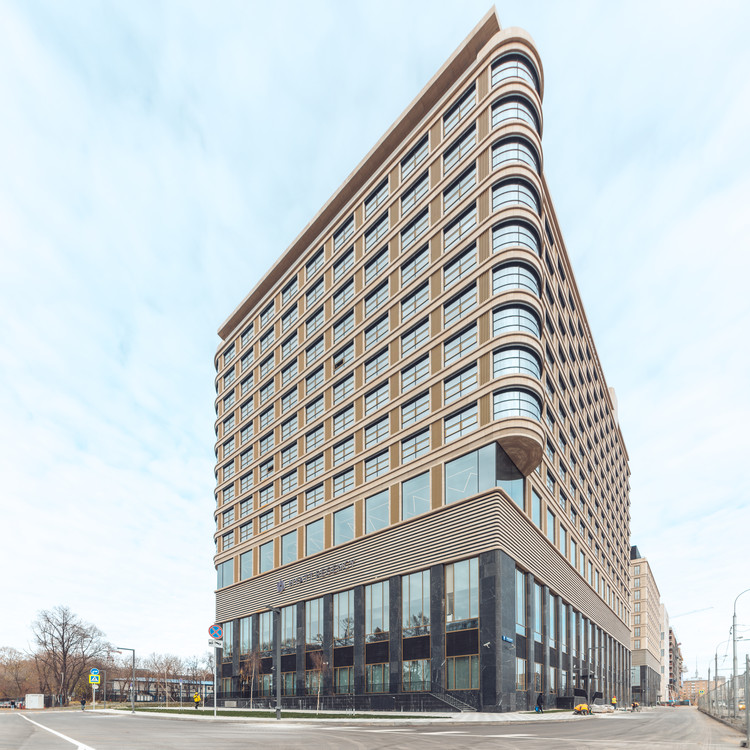 Text description provided by the architects. The construction site is situated in the Northern Administrative District of the city of Moscow, to the east of Dinamo Stadium; this is an area that is currently undergoing extensive regeneration. The complex comprises a hotel (Block 1), conference center and apartment hotel (Block 2). The most advantageous location has been given to the hotel, which is situated in the southern part of the site, closer to Leningradsky prospekt; the hotel is the ‘calling card’ for the entire project.

The first story of Block 1 comprises the hotel’s entrance hall and lobby, restaurants, and infrastructure needed in order to serve guests. The hotel is linked to the apartment hotel (Block 2) situated directly behind it by a covered gallery/passageway. The second story, which is likewise linked, accommodate a conference center (comprising meeting rooms and a conference hall with a double-height space and the ability to be divided into three separate halls) and spacious recreational areas.

The 5th to 13th floors of the hotel have a total of 297 hotel rooms (standard, superior, and deluxe, including 2 diplomatic suites and 1 presidential suite). The 13th floor has a recreation area for guests, while the southern side of the 14th floor is occupied by a sky bar. The facades of the building are faced with natural travertine. The nobility of natural stone emphasizes the detailed surface. 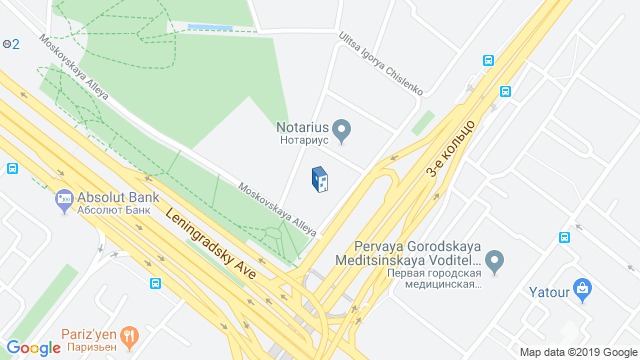