WERK and Snøhetta have been selected as the winners of the maritime center competition on the harbor of Esbjerg, in Denmark. The proposal puts in place a glowing building entitled Lanternen or the Lantern, a new addition that will gather communal activities.

The new coastal landmark is both a maritime and a living center for the community along the Westcoast of Denmark. Imagined as a radiant lantern in a very particular landscape, the project will enhance the connection between the city and the sea.

Expected to be built in 2021, in wood, the Lantern, commissioned by Esbjerg Kommune & Lokale og Anlægsfonden, is a house that celebrates community and togetherness. The project depicts the everyday life of a sailor, highlights key elements of the community and underlines specific assets of the maritime world.

The winning team designed a proposal that “has with a firm grip created a unifying building,” according to the judges. Actually, the team behind the Lantern, WERK, Snøhetta, and Oluf Jørgensen A/S have created a dynamic house celebrating the close relationship to the sea and the traditions of fishermen and boats.

In their statement, the jury announced that “the proposal excels in the finest way by combining the wish of fascinating and innovating architecture with a high level of functionality and the intention of creating a frame, supporting the community and creating a new togetherness between everyone involved.”

On another hand, regarding the criteria of selection of the winning team, they have also added that “overall the proposal is evaluated to balance aesthetics, rawness and robust functionality in a very beautiful combination specifically made for Esbjerg, the new context and the tough climate and for that reason is evaluated as meeting the wishes of the competition program in an excellent way.” 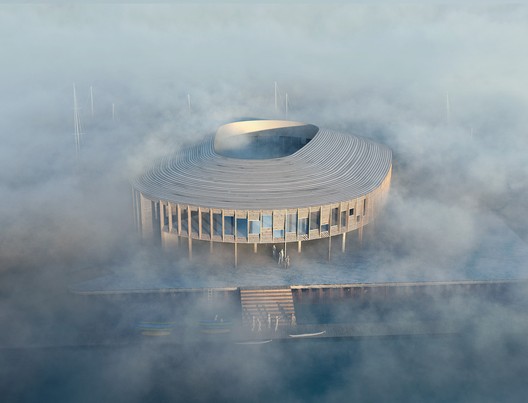