The Haszkovó housing estate in the city of Veszprém, Hungary has been seen as a failed urban development: "grey, sad, and soulless". However, this cold structure managed to shelter 20,000 inhabitants within its walls, standing as a "real city" within the area. 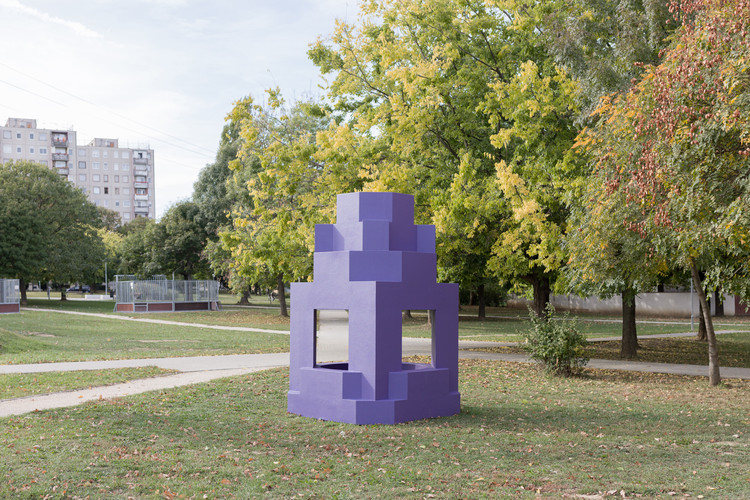 The city, which won the title to become the European Capital of Culture 2023, is located in Western Hungary next to lake Balaton, a culturally-vivid area with an almost 1000 year-old history.

This collaborative project titled Face, Pool, Two Tower and Ruin is based on Italian architect Aldo Rossi's book: The Architecture of the City. In his book, the architect defines the urban artifact as an element that is characterized not by its function, but by its type. According to Rossi, it is "strongly tied to the history of the city, which continuously shapes it, and thus, a complex-stratified, nearly artistic object, filled with meaning and pointing beyond itself, appears in the fabric of the city".

The five installations will serve as playful, outdoor furniture, as well as help visitors see Haszkovó as a charming historical downtown, placed in any historical city. In downtown Veszprém, for instance, these objects are considered places of gatherings or memories, similar to the ‘Fire Look Out Tower’, the ‘Statue of Zsuzsi’ or the ‘Clock’ in the city.

Paradigma Ariadné, one of the firms who took part in the project, is a Budapest-based architecture studio founded by Attila Róbert Csóka, Szabolcs Molnár and Dávid Smiló. The firm's design approach is quite straightforward: unrestricted either by means or dimension, which is why their portfolio includes architecture, urban planning, furniture, events, and even books. 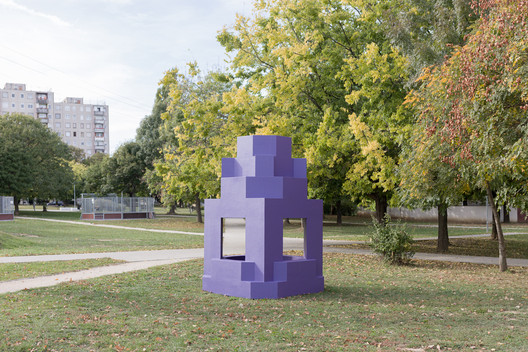