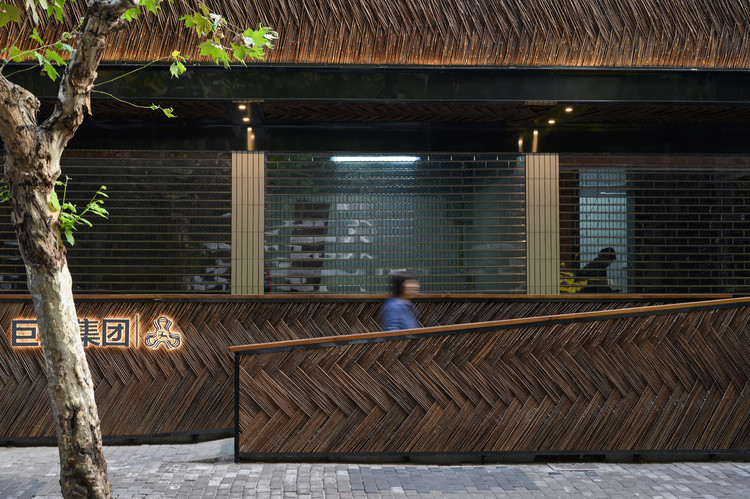 We should build food markets into public open spaces for citizens rather than supermarkets. This is the belief of Roarc Renew and also a concept we explored after the renovation project of the Yongnian Food Market. As our position is clear, we started to create all the design elements with this principle in mind. Should supermarkets be regarded as public spaces? We don’t believe so. We think supermarkets are more of business premises which pursue turnover per square meter. For this kind of site, all the designs of the architectural flows and layouts are driven by the sought-after “turnover per square meter”. Then how should we define public spaces for citizens? In our view, public spaces are the activity spaces attached to a community and a “grey space” in a city.

The future urban pattern of Shanghai: "people's city people build, people's city for people." In fact, we should reasonably arrange production, life, and ecological space, and strive to expand public space, so that people can have places for fitness and entertainment, and make the city a paradise suitable for people to work and live in. In other words, the design of public spaces for citizens should not be driven by the so-called “turnover per square meter”, but be aiming at building a “comfortable and pleasant place for both working and living” for neighboring residents, which means keeping a good balance between life and business.

Therefore, we can keep the commercial attributes of the food market inside the market. But the façade facing the street is a space actively interacting with the passing citizens, which will act more like a public space. We noticed that the Mengxi Food Market has a façade stretching for almost 50m with an upward staircase leading into the market. Based on these unique physical structures, we transformed the straight-line handrail into regular curving waves.

In this way, the boundary between the market façade and the neighboring street was blurred. It also created many hollow areas functioning as the rest stops. Apart from the efforts to blur the boundary, we also spent a large amount of time observing the habits of its customers. For example, we found that some senior citizens come to play chess almost every day at the pedestrian walkways. The small hollow spaces created by the wild bamboo fences are specially designed for them and the ones who need a rest here. Accordingly, the raised space created by the walkway functions as rest sites for market customers offered by the street-side shops.

II Form of Expression
Shanghai’s food markets should have typical Shanghai elements
Similar to Wukang Road and Yongjia Road, the block on the Mengzi West Road presents a peaceful vibe and a unique styleof Shanghai. Plane trees are intersected with Art Deco villas at the roadsides, forming the characteristic Shanghai lanes and the age-old bamboo fences form the authentic old Shanghai style.

At the same time, the texture of wild bamboo possesses visual cues for the “rural and wild theme”. These two elements complement each other perfectly well. In terms of of construction, wild bamboo has taken root in Shanghai for several decades. It has become a symbol of “Shanghai style” and was often used as fences for villas by men of letters. As a durable material, its life in natural environment can last over 5 years after corrosion and fungus-resistant treatment.

Unlike the ordinary wild bamboo weaving pattern, this time we have tried a new pattern. While creating a whole curving surface, the details were also made interwoven in a 60 degree angle to make each bamboo joint enlarged visibly, which produces an exquisite visual delight and construction logic. The indoor shop signs also used bamboo material to inherite the use of light-weight steel wire joints from the Yongnian project, forming a unified visual style between the inside and the outside.

Rural and wild - A market with warmth
After all, we cannot deny that food markets are business premises in nature. But we still endeavored to build the food markets in Shanghai into places of exquisiteness, geniality and full of life. The reason behind is a deep longing for retaining the “humanistic” elements of the city.

For Roarc Renew, each themed project is seen as a new challenge and an exploration for a new “possibility”. These possibilities may be realized through different materials, construction methods or spiritual quest. This time the small food market on Mengzi West Road is an exploration in “material” and “ connotation”. The reason why we are keen on projects related to people's livelihood is because we hope to impact this lovely city where we grew up through the power of design, and add more humanistic care to its financial identity. 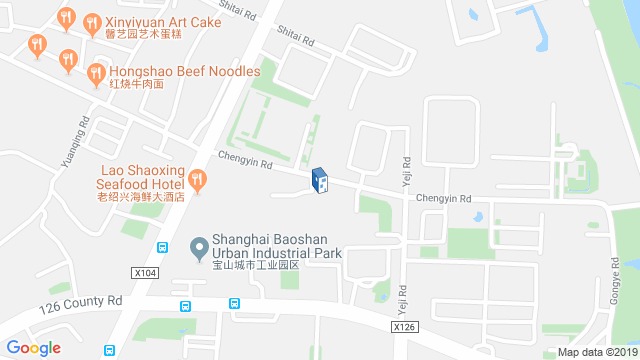 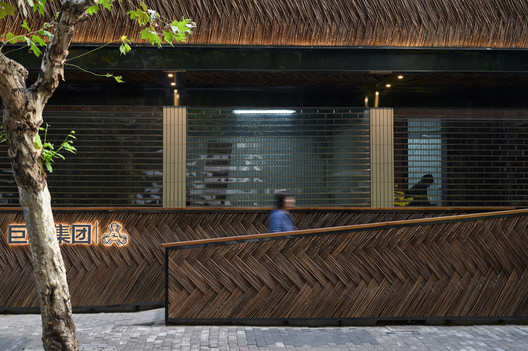