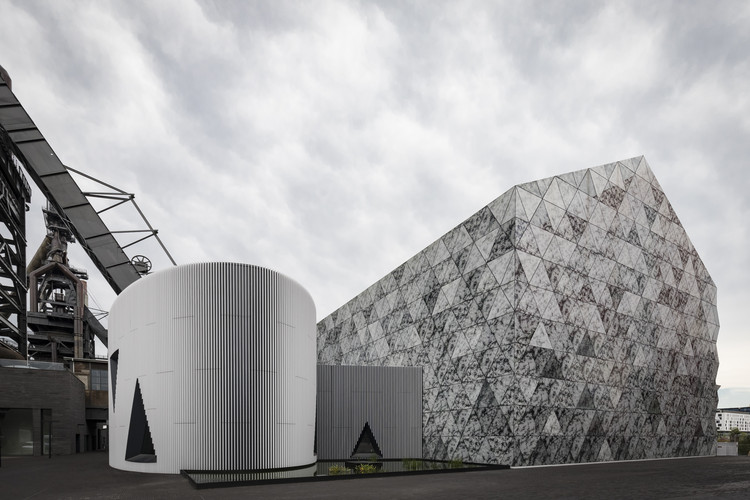 Text description provided by the architects. One of the major objectives of the university library project was to create, in a rigid volume predefined by the industrial framework elements, an open and welcoming space in the spirit of a Learning Centre. Large open space volumes, accessible to the public, more than 100 meters long, are thus presented on five levels, giving the impression of flying plateaus around the ore silo, at the foot of blast furnace B. This silo, kept in good condition, is a reminder of Belval's industrial past, but also of the country's know-how and innovation capacities, which were originally based on the "Möllerei". The old structures have been cleaned, reinforced and repainted, thus preserving all traces of the building's past activity.

A new envelope covers the old steel structures, forming with the roof a homogeneous and characteristic ensemble of the “Maison du Livre” project. The work on this new envelope and lighting are closely linked to the distribution of interior functions. While the facade panels on the north-east sides, where the reading areas are located, are flat, the hexagonal elements projecting from the west side allow light to be modulated to create natural, indirect and soft lighting for the reading and working areas. Only two of the six pyramid facets, those facing north, are transparent, and the other four being opaque.

Another special feature is the screen-printed glass, which provides a dual function of protection against the sun by reducing heating and glare. The variable intensity of the silkscreen printing gives the building, seen from the outside and from the distance, a marbled effect. From the inside, the facade is more transparent with a play of open and opaque triangular surfaces.

The construction of the building envelope and its complex geometry was made possible by the use of a highly innovative construction technique from shipbuilding. The envelope consists of molded composite profiles with several layers of glass fiber that allow not only the production of special shapes but also the production of an envelope with high mechanical resistance, high thermal insulation and airtightness performance and virtually maintenance-free.

Library users access the building through a new volume, on the side of Place “des Hauts Fourneaux”, which also houses the conference room on the first floor. The new elliptical volume of the entrance, like that of the administration on the west side, is covered by white slats, which are clearly distinguishable from the envelope of the historic part of the project.

The interior spaces are characterized by fluidity and luminosity, but also by the sobriety of the materials and their industrial character. The vertical surfaces, either in raw concrete or painted white, are next to the anthracite grey carpet floors and the ceilings streaked with acoustic lamellae. The railings and other joinery are painted in anthracite grey. 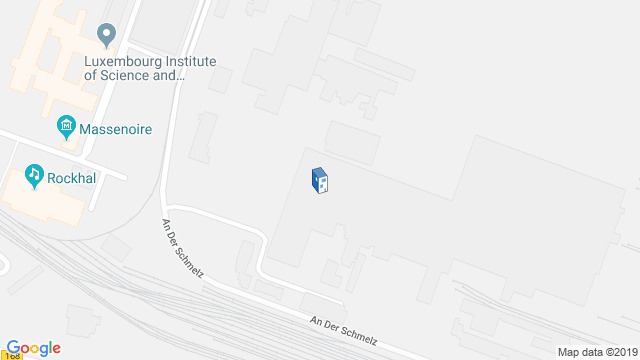 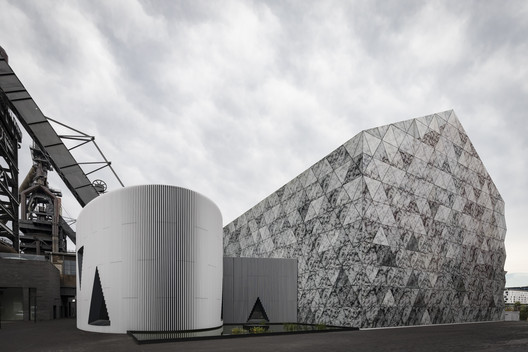