Save
New "Cabaña" & Accesses to a Country house / Hidalgo Hartmann 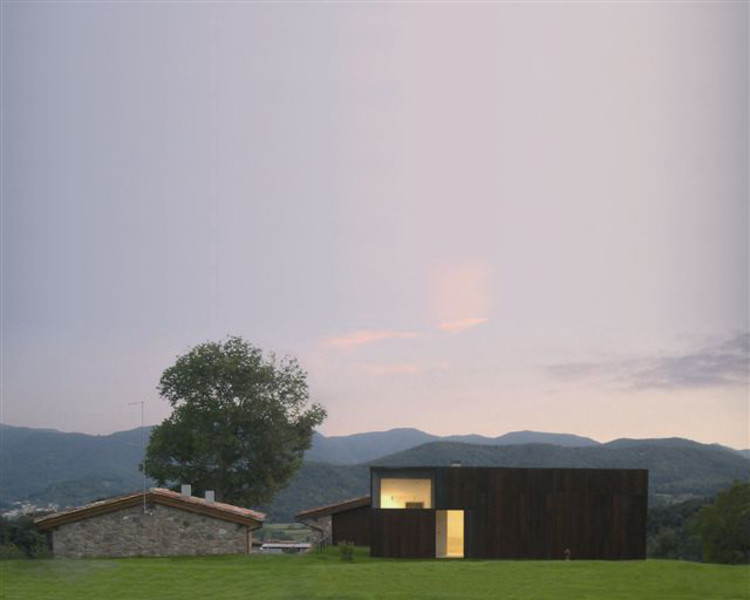 Text description provided by the architects. The structure and location of country houses is the result of a century-long study of ways to

overcome conditionings such as topography and climate, and search for integration and

harmony with the surrounding landscape.

Most country houses were built in phases, as one can see in the variety of styles, continuously added. Thus, rural architecture is based on implicit and traditional design processes, which although do not exclude formalization, do limit it to a strong relation with the existing elements. The neutral character of the country houses typology, allowed the introduction of new constructive and decorative elements, as well as the necessary amplifications.

The composition of the three buildings is located in the end of a valley and laid aside a slope in the terrain at north. Consisting of the main house, a hut and a smaller annex, it totally domains the valley that precedes it.

The intervention emerged from the reasoning and experimenting when connecting the different parts intended to preserve, and redefining new accesses to them.

The existing volumes added to the main house, which originally had both ground floor and 1st floor, were moved and separated from the main building, creating a void between the main house and the new annex. This cut in the soil becomes the distribution hall to the three different pieces, uniting the spaces at ground level and providing daylight through the soft ramp on the other side of the entry.

The three volumes remain separated at first floor, suggesting the image of the typical dispersed country houses, common in this region.

The new annex is shaped like an abstract volume, remaining those volumes of existing shed-roofs totally enclosed with steel sheets of different dimensions. The special detail of the union, made by a deep-shadow joint between each piece, recalls the separated wooden laths farmers used to use when closing big openings in the facades of their storage houses. Considered as a very private space the annex contains only a bedroom, bathroom and dressing room, where three main openings reveal the exterior surroundings. 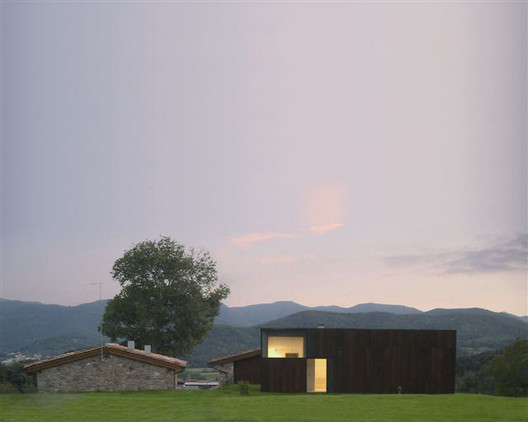