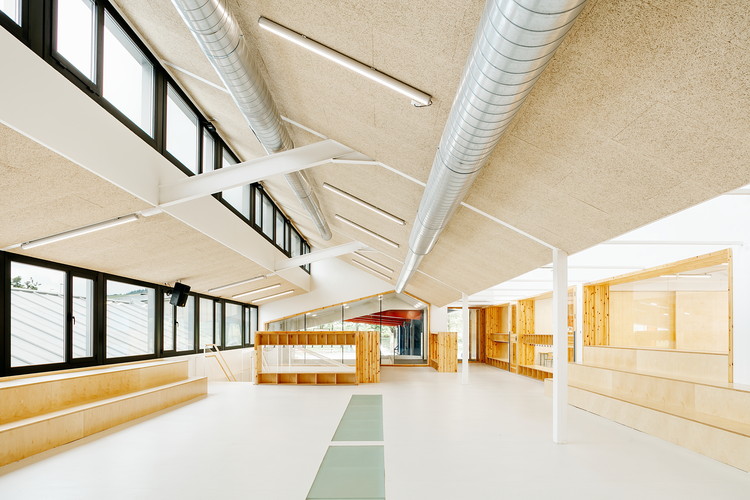 Text description provided by the architects. The contest consisted of energetically rehabilitating and programmatically reorganizing the preschool building, in order to adapt it to the new pedagogical method that is being implanted in the center.

The original building of 1974 by architects Arechavaleta and Uriarte, is composed of large linear skylights oriented to the east and organized in a stepped volumetry. The interior space was structured by a large central nave in double height and several classrooms of 45 m2 in the east wing (1 height) and west wing (2 floors). The building, of great architectural value, was too compartmentalized to adapt to the new pedagogical system and presented problems of thermal and acoustic comfort.

The project had to combine the creation of big open multifunctional spaces, with classic classrooms that responded to the demands imposed by the inforced education laws (1 classroom for every 25 students, 50 m2 classrooms ...).

The intervention consisted of designing some multifunctional objects, which, due to their placement and the elements they incorporate, are able to structure and divide the space, satisfying specific requirements in each area.

Each element has been treated as a piece of furniture capable of incorporating several functional responses. In this way, the fixed divisions, composed of see through screens, turn into the lockers of each student. The stands are at the same time cupboards. The workshop / toilet volumes serve as support for 8 mobile partitions that allow dozens of spatial configurations.

The material strategy consisted in the creation of a large neutral and white container where the objects made of laminated pine wood and birch plywood are inserted. An atmosphere that optimizes natural lighting and the feeling of shelter and tranquility has been sought. 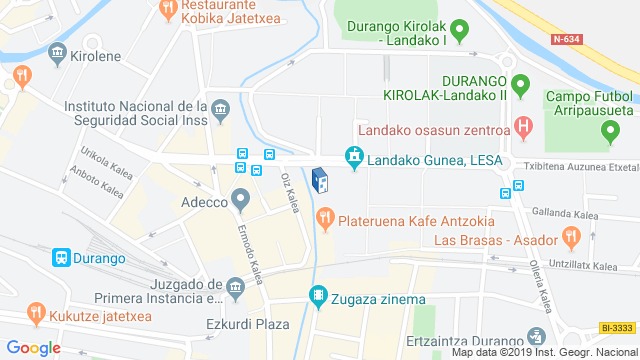 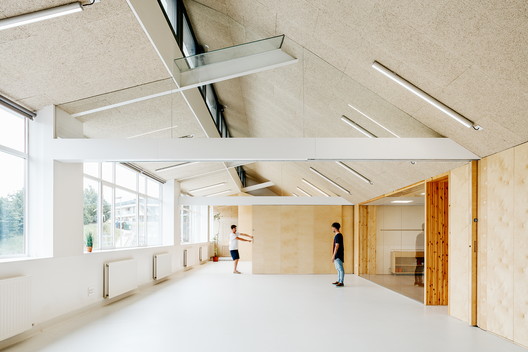