Save
House in Ohasu / arbol 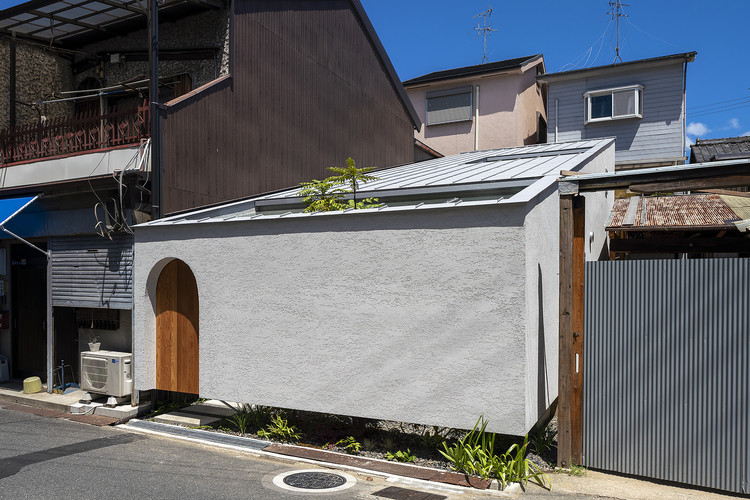 Text description provided by the architects. A house with arches and 2 courtyards in the hybridization of cultures and influences. At the start of the design process, the request of the client was clear, they preferred “Singapore’s Peranakan architectural features”, in other words, an extraordinary atmosphere for the house, and furthermore they had a clear image of room location, and façade. For this reason, at first, taking Peranakan architectural elements into the design, creating a plan which the client requested, in spite of this approach, the distance from the real taste of the client request got expanded.

The size of the arches varies rhythmically, and to the back of the house, its layers are overlapped, this setting makes the shadows in the space, adding depth to the whole house image. Inside the rooms, there is a sense of expectation as if passing through the pilotis of Peranakan architecture, space where one can feel the connection with the outside, the design which is as if cutting a part of arches produces a sense of openness with this efficient visual effect.

As for the space structure with the outside, the house is built in a maximum building coverage ratio like a row house, and a front yard and a courtyard are set inside. These yards connect softly between the outside space and the private inside space, a sense of openness going through vertically from the sky, feeling the natural sunlight along with seasons and time, which in effect, creates a profound openness and moves.  In addition, the exterior walls consisting of the façade and the courtyard let the wind through the gaps in the feet because of the cantilever.

Regarding interior ventilation and heat insulation, by the concept that wishing the residents and the building would be equally healthy, the walls and the ceiling are made in a natural material, plaster-oriented finish, having the high effect of adjustment, enjoying the taste of materials at the same time. As for the heat insulation, wooden sprayed insulation is chosen, the sash is created with multi-layered glass (partly using vacuum glass) to improve thermal insulation performance. Plus, the second type of ventilation system is selected, which removes impurities from the outside air through a filter, this enables clean air to circulate through to every corner of the house.

This plan was created by cutting and rebuilding an aged adjacent row house. This house was reborn by reinterpreted exotic architectural elements arches, the front yard, and the courtyard. Light, wind and the daily changes of the seasons can be felt firmly in this house. A comfortable daily life would be spent by the residents, adding an essence of simple but exotic elements, and hoping this environment would cherish their hearts richly. 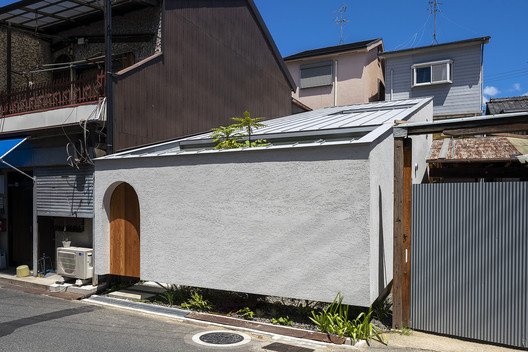