Text description provided by the architects. Following the devastating earthquakes of 2011, the New Zealand government needed to rebuild Christchurch on a scale, and to a timeframe, without national precedent. As part of their Blueprint for Recovery, the government designated a new Justice and Emergency Services Precinct to be one of 16 ‘anchor projects’ needed for regeneration. The Precinct was to be the first major government building completed in the city’s rebuild.

By co-locating core civic functions into one resilient precinct, justice and emergency services could work together more seamlessly. By building side-by-side, both sectors could enjoy a more-efficient, shared operation. By putting people at the heart of their facilities, the Precinct could forge new, more positive connections with the city.

Warren and Mahoney, in association with Opus and Cox Architects, also saw opportunity in design. Traditional 19th and 20th Century New Zealand courts buildings followed a dense, visually-impenetrable and intimidating architectural style. Following the government’s brief for a highly accessible public building symbolising their commitment to the city, our team inverted the ‘defensive’, courtroom-centric justice model, by focusing on the experience of its end users. The process of seeking justice was often experienced as intimidating and stressful by lay users of the courts system. By reconfiguring the Justice building to be more open, accessible and people-centric, the Precinct could offer a better end user experience while retaining the gravitas and security expected of a major civic investment.

Lowering physical and psychological barriers to entry, the Precinct’s four components gather around a central, landscaped courtyard, a familiar civic layout for the people of Christchurch. A public foyer, waiting and circulation areas enjoy the lion’s share of the light, as a full height, glazed public atrium stretches to upper private courtroom and judicial levels requiring additional security. Narrow corridors have been replaced with widened circulation paths, with a clear line of sight to stairs, lifts and traverse bridges easing navigation. 19 peripheral courtrooms are positioned at the building’s outer edges to provide views of the city and access to natural light. Limestone, brass, warm-toned timber and bronze – materials that build a distinctive patina over time – are used across the Justice and Emergency interiors to supplement the local heritage lost.

People and place also play a large part in the Precinct’s design. The name Te Omeka and a single large piece of pounamu, a sacred Māori stone, were gifted to the Justice wing by Māori tribe Ngāi Tūāhuriri, the cultural custodians of the land. Exterior and interior finishes are imbued with indigenous Māori references; patterns etched in stone, carved into timber and cut into metal panels that provide familiarity to Māori audiences and speak of both past and future interactions between Maori and the Crown. The completed complex is considered by Ngai Tūāhuriri to be an exemplar of a successful re-build and restorative collaboration with the Government.

Open and accessible in its public form, the Precinct needed to be secure and highly resilient in its civic function. Designed to replace earthquake-damaged facilities, the project’s 40,000m2 are mounted on base isolation rubber bearings, which allow 650mm of lateral movement, in any direction, without incurring major damage.

Originally developed in New Zealand, base isolation techniques are now used in earthquake-prone cities worldwide. Mechanical and electrical services were also engineered to enable continuous, stand-alone services for 72 hours in cases of emergency.

The Precinct was borne out of an immediate need for infrastructure; but an architectural approach that put people and culture at its centre turned it into a civic opportunity. The Christchurch City earthquake and subsequent rebuild presented a remit to help people access facilities; taking that brief one step further to focus on a human-centred design that incorporated, rather than excluded, our citizens and heritage in the Justice and Emergency sector provided a sense of civic comfort and stability at an unpredictable time. 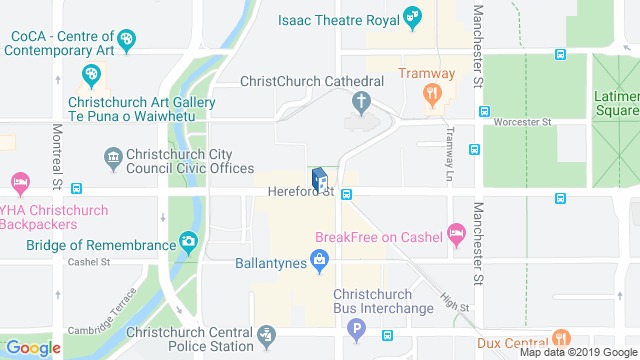 Location to be used only as a reference. It could indicate city/country but not exact address.
Share
Or
Copy
About this office
Warren and Mahoney
Office
•••
Opus Architekten
Office
•••
Cox Architecture
Office
••• 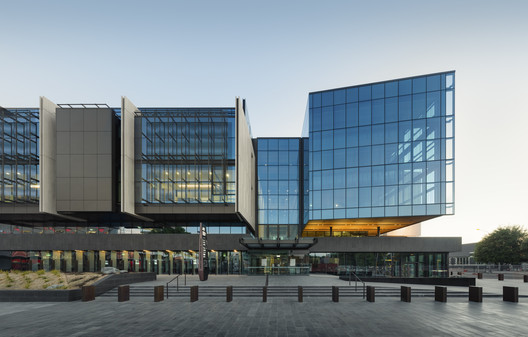