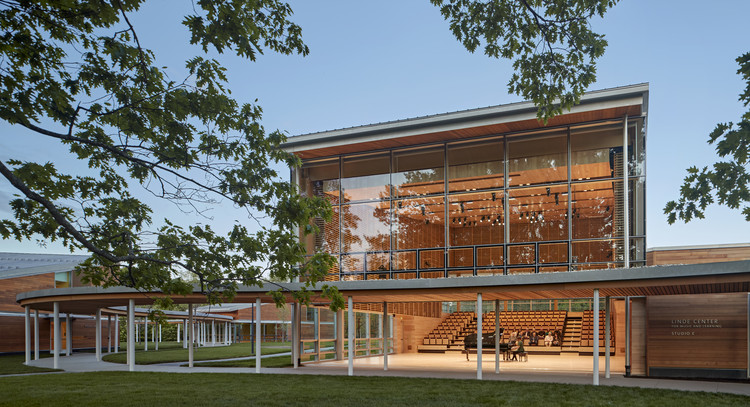 Text description provided by the architects. Tanglewood, one of the world’s most acclaimed music festivals and the summer home of the Boston Symphony Orchestra (BSO), under the leadership of President and CEO, Mark Volpe, marked its fourth evolutionary milestone with the opening of the Linde Center for Music and Learning in the summer of 2019. The Linde Center for Music and Learning is situated on the northern edge of the Bernstein campus perched on a slight ridge overlooking Seiji Ozawa Hall to the west, the historic 1841 gothic Highwood Manor to the south, and expansive views of the Berkshire Hills of Western Massachusetts to the southeast.

This is Tanglewood’s first new performance facility since the highly acclaimed Seiji Ozawa Hall opened in 1994, 25 years ago and also designed by William Rawn Associates. The Linde Center’s climate-controlled studios with webcasting and broadcast capability will provide additional concert and rehearsal space for the Tanglewood Music Center—the BSO’s acclaimed summer music academy young professional musicians —and play an essential role in establishing Tanglewood for the first time as a multi-season facility.

The Linde Center is a four-building complex designed and servers as well as the centralized home for the BSO’s first new programming platform in nearly 70 years – The Tanglewood Learning Institute (TLI)—a wide-ranging enrichment and education initiative offering a variety of activities for exploration and discovery alongside Tanglewood’s traditional concert schedule.

The Linde Center for Music and Learning is the result of an intensive institution-wide assessment of current and future capital needs, as well as the development of new methods and modes of musical presentation for innovative institutional programming and audience engagement. The structures promote transparent and communal exchange among artists, program participants, students, and passing visitors.

The overall design strategy included addressing the myriad of program requirements by envisioning the solution not as a single building but as a series of pavilion studios that engage the landscape, including a century-old red oak tree.  Critical to the history and character of Tanglewood, The Linde Center’s goal is to promote a sense of community with special consideration for a discreet and harmonious rapport with the surrounding landscape while respecting the scale of existing campus structures.

The complex of pavilions consists of three dedicated performance studios ranging in size to accommodate 40 to 270 participants, from soloists to a full orchestra. Two of three studios feature retractable glass walls, opening the performance space into a serpentine walkway connecting all four buildings. The fourth operates as a daily café for up to 150 people (plus room on the patio for approximately 50 more seats), also with a retractable wall of glass, providing views of the pastoral landscape and making physical connections to the larger campus. The four new facilities that comprise the Linde Center bring the total number of campus-wide public performance venues to eight. 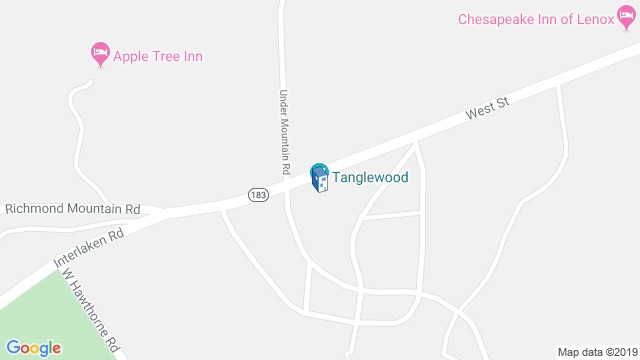 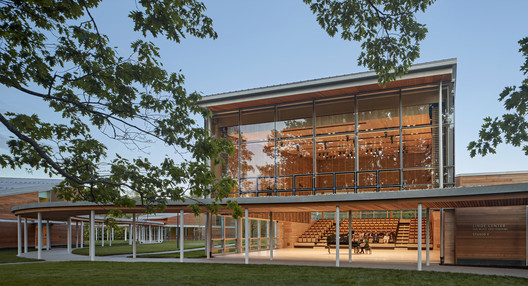