Text description provided by the architects. Eagle Academy PCS – Congress Heights Campus is a full renovation and addition to a former DCPS school building. The project accommodates 770 students from PreK3 through elementary school. The addition’s building exterior is composed primarily of polycarbonate multiwall sheets, creating a lantern effect and reinforcing the school’s place on the street as a neighborhood icon. The façade coloration and expression are playful and less uniform while presenting a clean and orderly face to the street. The new wing was designed to better integrate the school within the neighborhood.

The addition faces the street and reinforces the urban street edge, allowing the school to maintain maximum site area for open play space and another site programming. Program highlights for the addition include a new gymnasium and swimming pool with locker rooms and support spaces, as well as a library, computer center, and office space. Reinforcing the school’s status as a community asset, the pool and gymnasium can be accessed by neighbors after school hours. The project is LEED Gold certified. A major challenge was the connection between the old and new parts of the building while creating a new, coherent and inviting entrance.

The lobby with its multiple connectors to the various building components does just that. The new wing’s lower levels are sheathed in clear glass, maximizing the amount of daylight coming into the spaces including the pool. The upper levels are clad in translucent polycarbonate panels that admit a soft light during the day, which is optimal for the gymnasium programming. The project is part of a site masterplan that allows for future expansion and addition of another wing to the school for education or community programming. 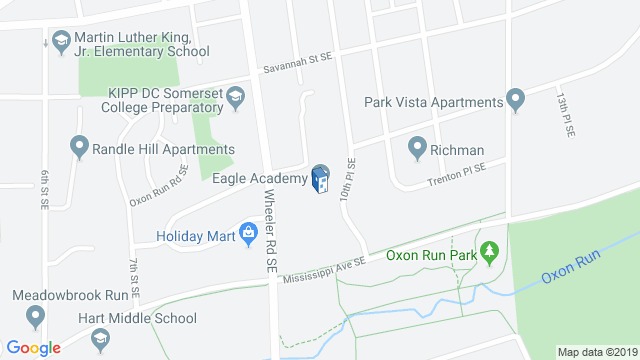 Location to be used only as a reference. It could indicate city/country but not exact address.
Share
Or
Copy
About this office
Shinberg.Levinas Architectural Design
Office
••• 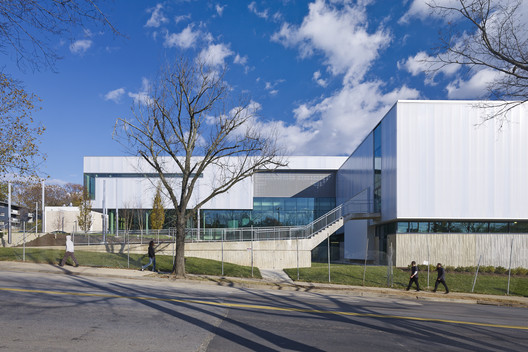