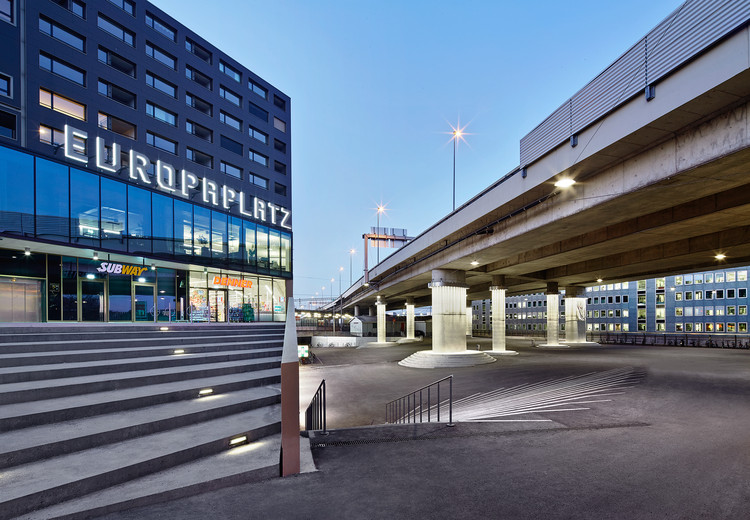 Everything under one roof - experience living, working, shopping, culture, and religion |The Europaplatz Multipurpose Center with its distinctive shape takes over the function of a new city gate in the west of Bern (Switzerland) and defines the Europaplatz train station. It lies in between the city of Bern and the western suburbs. The building stands as a symbol for different worlds that meet each other, the old city-center and suburbs with a high percentage of people from many different cultures.

Multifunctional center as a stacked microcosm | At Europaplatz a multifunctional building with vertically stacked, multiple uses has been created. In addition to the 88 modern apartments located in the building, there are flexible administrative areas, various shops, dining establishments and most importantly - in the heart of the building - the House of Religions | Dialogue of Cultures.

House of Religions | It is located in the heart of the building, in the two-story-high plinth underneath the 10-story main building. From the inside, the house is completely transparent and therefore fully connected with the city. From the outside, the house emanates dynamic and layered, which makes one curious about the interior. 8 world religions live and pray together. 5 religious groups have a private prayer area. All this is held together by a common element, the dialog area where people of different cultures meet, discuss, and celebrate together. The dialog area also serves as a public platform for questions about religious topics. The House of religions - Dialogue of Cultures is a globally unique place for conversation and encounter between different population groups and religious communities.

Living | 19 different typologies The Europaplatz Centre offers 88 apartments ranging from 1-room apartment to 3.5 bedrooms dabble storied duplex. A generously sized interior residential corridor connects to the efficient dwellings and the interlaced maisonettes. All apartments have one thing in common: an open living and dining area, a balcony, terrace or French balcony, a separate laundry room, a bathroom, and a bedroom. As an added convenience, some apartments have a sound-absorbent lining, a separate changing room, built-in wardrobes, a bathroom en suite or an atrium. The apartments are very bright - thanks to the plan layout and the large windows. The deep loggias bring more light into the depth of the building block and serve on the other hand, as an extension to the living room. Additionally, the loggias are lined with sound absorbing material in order to reduce the noise level so that you can easily sleep with the windows open.

Working and shopping | Besides the apartments, in the main body of the building, are located 2’600 m2 office areas, which can be divided into flexible office units. The building depth of 20m allows the organization of many different office typologies. On the ground level, various shops and restaurants are oriented directly towards the public square under the highway. Europaplatz emerges as a new center for the neighborhood and for the commuters who use the places as a transfer hub. 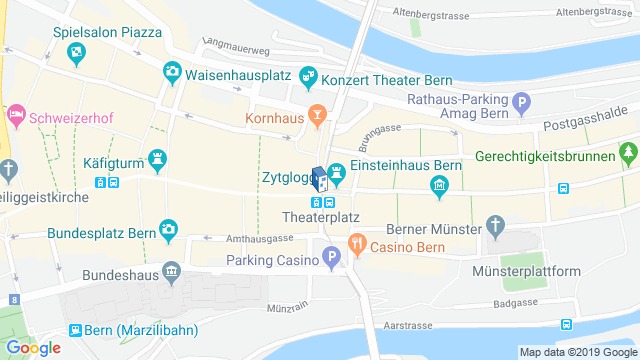 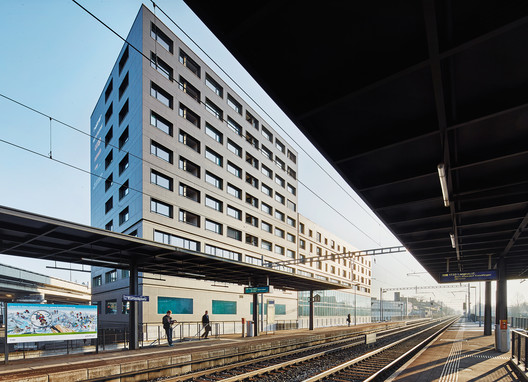 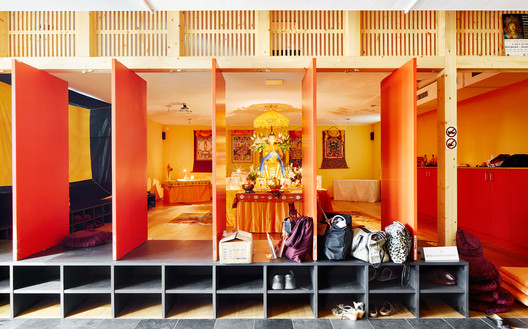 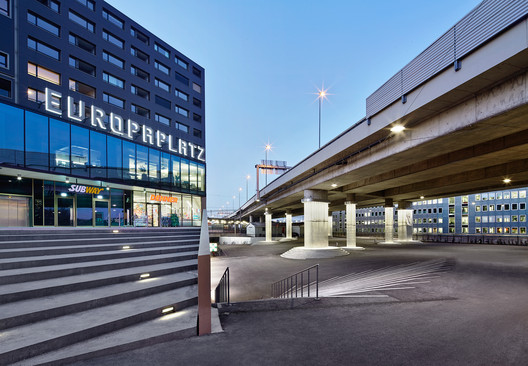