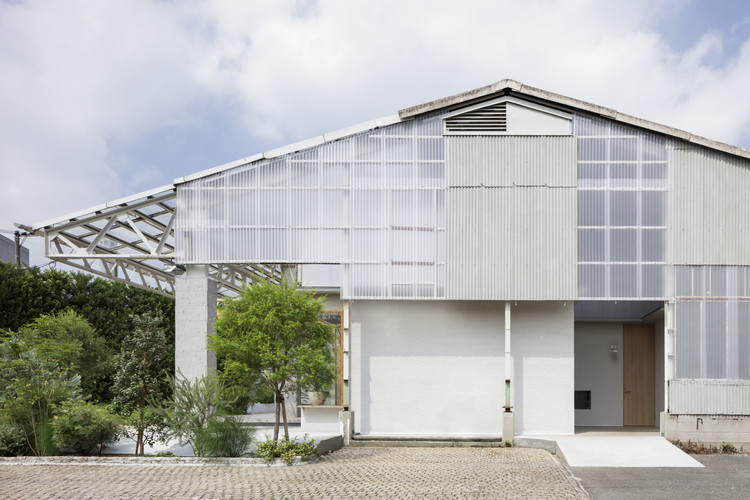 Text description provided by the architects. This building is a photo studio for taking pictures of products and magazines in a residential scene. This building was built under the steel frame of an existing warehouse as an independent wooden one-story house. And it was required to combine the several residential scenes. At first, a photo studio needs light from the south.

By making the required plan long in the east-west direction uneven in the north-south direction, it becomes possible to take a long-distance photo shooting by changing the angle. Finishing can change every few years, so the L-shaped walls, which have the corner as a shooting spot, are connected by fittings. At the top of the 2.7 meter-high wall, there is a small ceiling, such as a coping, that framing the photograph, and above that, there is a lighting layer. There are make-up rooms attached to the studio. The space between the main building and the existing building is a semi-outdoor space with no air conditioning.

At first, it was proposed to have a span of normal wooden houses, but considering the location of the crew, the span exceeded 5 meters. Here, we considered the construction of a frame using only 120mm squares of wood, which is generally distributed, without using laminated wood. In the first place, considering the wooden construction method, the strength of each wood is different, and each wood is distorted or cracked, so it is not rational from the structural point of view.

Instead, the modern wooden construction method has ambiguous aspects such as the warmth, hygroscopicity, heat insulation, and plasticity of wood. In order to maximize such ambiguity, 12 pieces of 3 m and 4 m long square timber were bundled together to make a structurally redundant "stacked beam" and presented in the lighting layer. 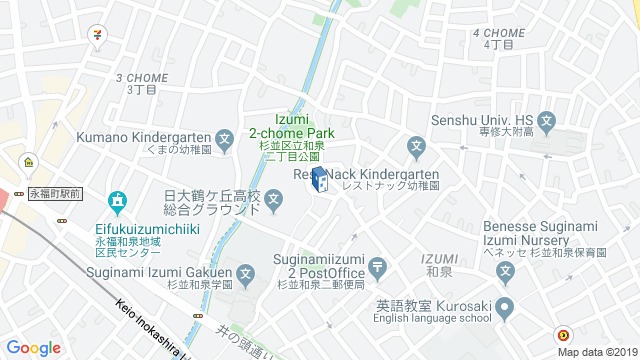 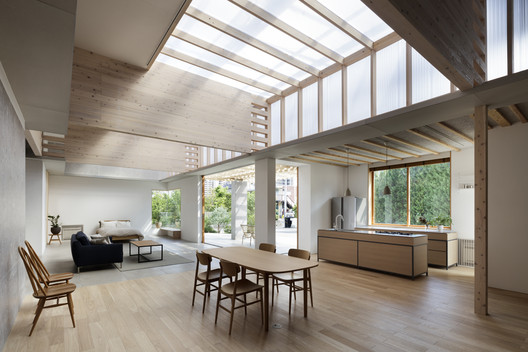 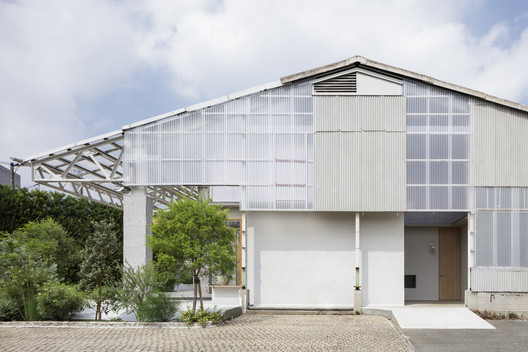