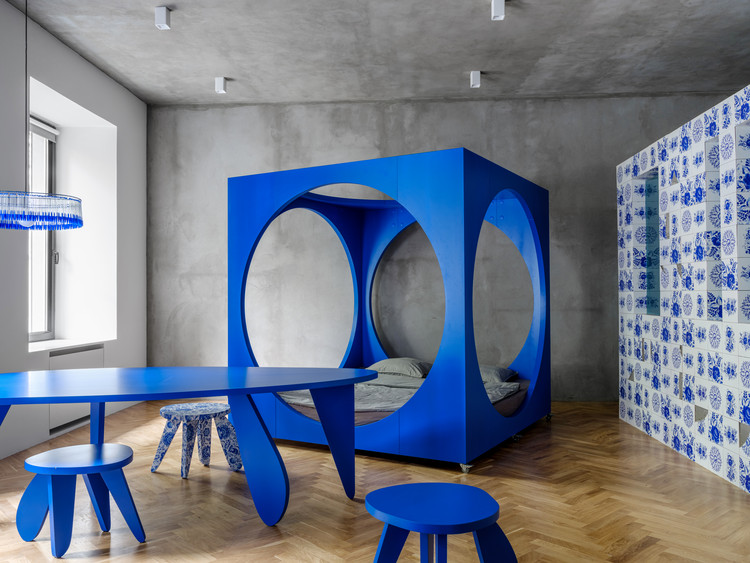 Text description provided by the architects. Harry Nuriev, founder of Crosby Studios, brings to life his childhood dream space. Tucked in a small, tree-lined backyard this ground floor open studio apartment captures the true meaning of a hidden city getaway. Nuriev has the idea to make this his first space available for rent for meetings, short stays, or events allowing people to experience his design language in a new way. Nuriev separated the 57 square meter Moscow space into two zones: the first being the main zone containing the bedroom and living room.

He built out a section of the right side of the space for the second zone, designating it for the utilities - kitchen, laundry, wardrobe, and bathroom. The walls of the utility zone are not attached to the ceiling, giving it a sculpture feel as if it was a shop inside a shop. Concrete is the main material, allowing rawness and sophistication to prevail while effortless supporting the blue color. Broken tiles cover the utility wall in a unique and classic Russian print called Gzhel - from Nuriev’s heritage and childhood. Crosby Studios signature blue color is seen throughout the space.

Nuriev describes this color to be memorisable, giving the space a sense of calmness. The blue color is featured in the custom Crosby Studios furniture as well as the monochromatic kitchen. He reimagined the Gzhel print incorporating the Crosby blue color, then featuring the print in small details on the sofa, stools, and in the kitchen. The furniture throughout the space is custom Crosby Studios. The circular bed frame is the main attraction inspired by The Phillips Exeter Academy Library built by Nuriev’s favorite architect Louis Kahn. The space also features a 360 sofa, chandelier made from BIC pens, and Crosby Studios signature table with stools. 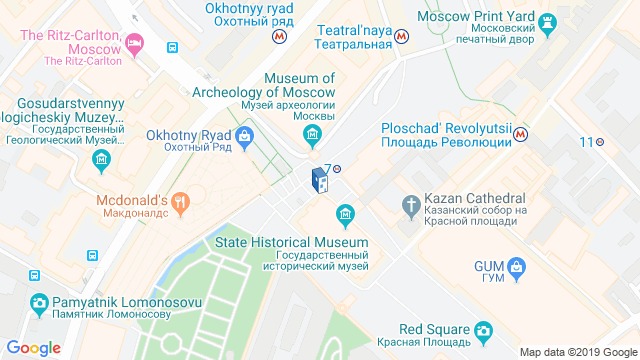 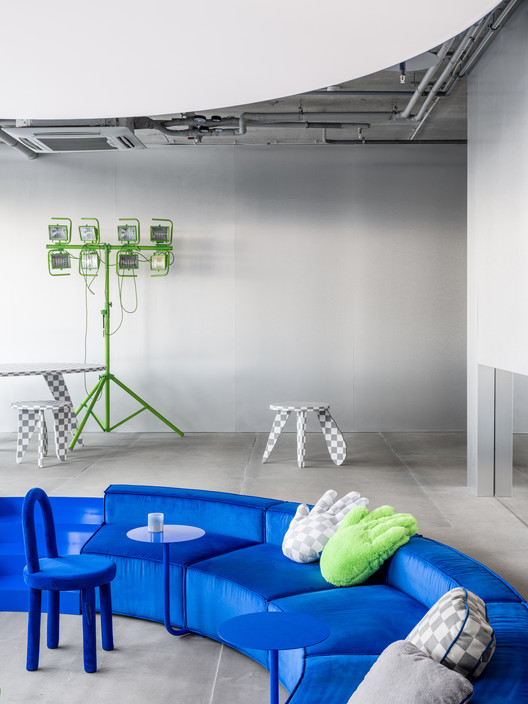