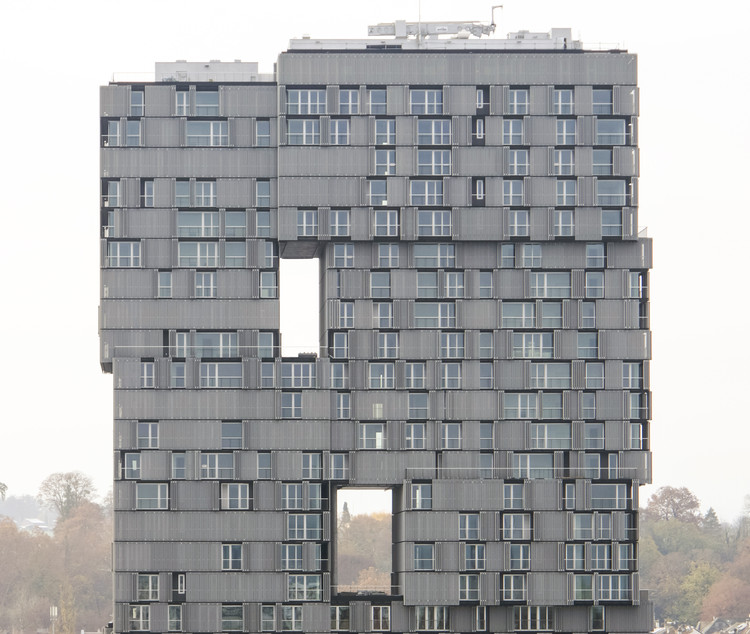 Site. SBB is one of Switzerland’s largest landowners. This national railway company owns land in prime locations of the urban centers across the country. This previously underutilized potential of real estate has been increasingly developed in the last years, thus contributing to the densification of urban centers around the main stations of Basel, Zurich, Lucerne, and other cities. Such densification and urban renewal project is the Meret Oppenheim Hochhaus, located in the Gundeldinger Quarter of Basel.

The project is part of the Südpark ensemble. In 2002, Herzog & de Meuron won the competition for Südpark organized by SBB to develop two plots situated to the south of the main train station. Both plots are closely connected with the "Passerelle", an overhead walkway spanning the railroad tracks. Together, the Südpark (completed in 2012) and the Meret Oppenheim Hochhaus will form a new spatial context for future access to the station and to the city center of Basel. In addition, the two projects help to define the northern edge of the Gundeldinger Quarter. This densely populated area, known as the “Gundeli” amongst Baslers, has become a dynamic area of diversity and active street life.

Stacking Volumes. The form of the tower is the result of stacking volumes of different sizes. The process of stacking underwent various phases where we tested how the resulting proportions, dimensions, and functions would fit with the urbanistic and programmatic expectations and requirements. The concept of stacking allows us to break down the scale of this unusually tall building at the edge of the large track field on one side and facing the narrowness and the scale of the historic neighbourhood of “Gundeli” on the other side. The stacking of volumes generates a kind of topography of various terraces, platforms, gaps, and other outdoor – indoor spaces. Its numerous setbacks and overhangs provide exclusive exterior spaces for a large number of apartments, amongst other programs.

Programming volumes. The Meret Oppenheim Hochhaus is a mixed-use building with apartments, offices, a café, and a restaurant. Most programs are bound to specific volumes within the whole stack. The café and the restaurant will animate the street life along the Güterstrasse and the Meret Oppenheim Square. Above the ground floor with its restaurant, there will be 5 floors of office space. The residential portion of the building rises from the 6th to the 24th floor. The apartments may be entered independently from the service functions. On the 6th, 7th, and 15th floors, there are large outdoor areas that will function as terraces for the respective apartments, or alternatively as communal outdoor gathering spaces for the offices. The different levels provide unique views over the city and the surrounding landscape.

Facade. The shape of the tower is characterized by its strong volumetric structure. Through the principle of stacking volumes, overhangs, terraces, and voids between the individual sub-volumes are created. These elements give the building its specific appearance. A folding and sliding shutter system forms the outer shape and appearance of the building. Placed just behind these movable sun protection elements is a balcony layer that creates depth on all sides of the building. This transitional space introduces a filter between the individual residences and the city, allowing views from interior to exterior, and shifting transparency from exterior to interior.

The resulting depth of the facade is a central feature of the architectural design and gives the shell its quality and distinctive space. The appearance of the building is changing not only from different perspectives of the city but also throughout the day and night. The building changes between a distinctive and precise assemblage of volumes and a more eroded and fuzzy appearance. This happens by its users and through external influences such as sunlight or wind. This constant change gives form to the individuality of its users/residents, while at the same time generating a dialogue with those viewing the building from the surrounding neighborhood. 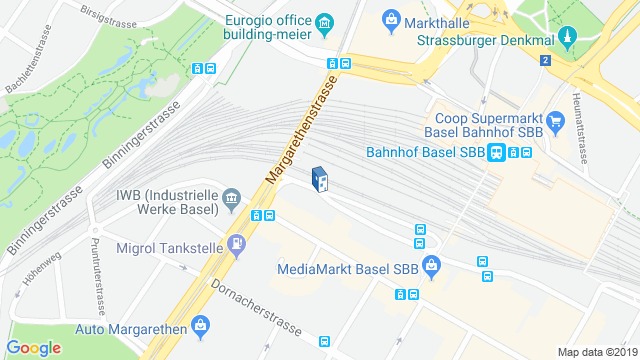 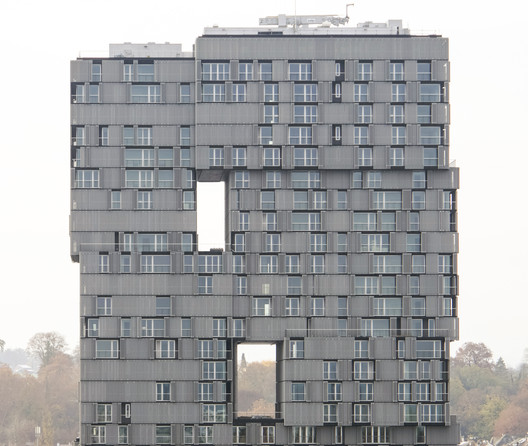