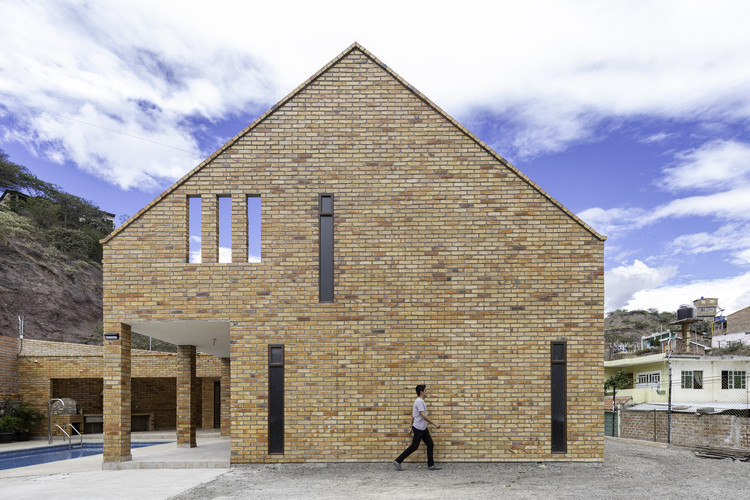 Text description provided by the architects. In order to respond to the program of this house, a volumetry composed of two perpendicularly positioned bodies has been chosen. The architectural concept is a solution formed of a structure of aesthetically homogeneous bodies, separated at the same time by a translucent and transparent circulation that marks the branching of social and leisure areas.

The desire to fragment the architectural solution from a contemporary geometric point of view, allowed to determine the potential of the site. The orthogonal response was the solution to the irregular and curvilinear perimeter plot. In this way, it was possible to establish an autonomous volumetric prominence with design lines based on functional aspects. The orientation is based on a strategic alliance with the Sun, since Catamayo is a tourist city commonly known as “The City of the Eternal Sun”. The solar path was contemplated as an unavoidable conditioner for the bioclimatic principles.

The program is organised on the principal ground floor and on the top floor. The program houses a large living room and a kitchen, as well as spaces such as a study, barbecue, laundry room, garage, bedrooms and bathrooms. The main bedroom is located on the upper floor with access to a comfortable terrace with a privileged view, with a  panoramic landscape of the city and the surroundings of the house.

The search for the shadow is achieved with a gateway that defines the arrival at the entrance of the house, facing north and overlooking the pool, highlighting an area that also leads to the barbecue. It's a place from which to observe the pool, the house itself and the surrounding urban horizon. The landscape returns the gaze to the house with its privileged location allowing it to obtain its own identity in a diverse and colorful environment, built of bricks of various shades that end up defining a unique monochromatic volumetry. 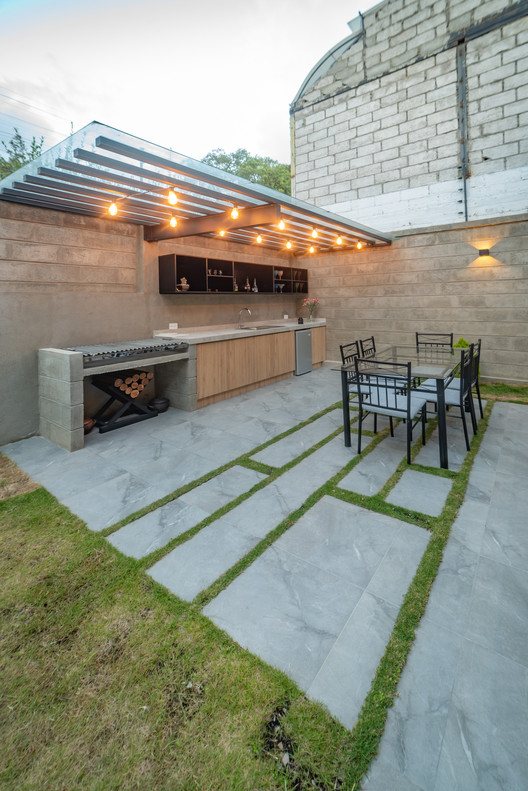