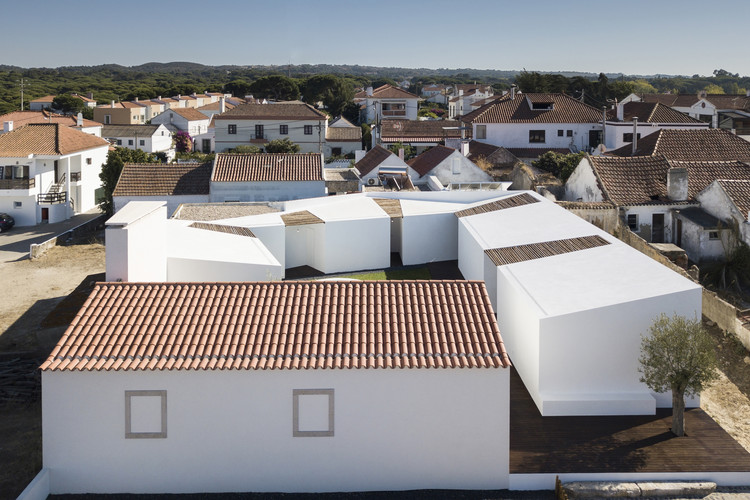 Text description provided by the architects. The Pátio do Meco, located in the historical center of Aldeia do Meco, Portugal, had for many years a single family housing and its barn, built in the mid-twentieth century. The project involved retaining the original identity and appearance of this typically vernacular complex, in particular the main house and its patio.

The boundary of the plot is defined by the new house and the extension, composed of minimal and abstract volumes, which are separated according to privacy needs. In the main building are the social areas and along the perimeter of the inclosure, the private and technical ones. Typical Mediterranean elements like the well and the shading reeds, gain prominence within the patio, which is oriented towards the south.

The urban morphology is respected while the new constructions are located where old ones were, anchoring the site to the surroundings in a unique line, open only towards the north onto the main street. The project recreates the past in order to regenerate the present. 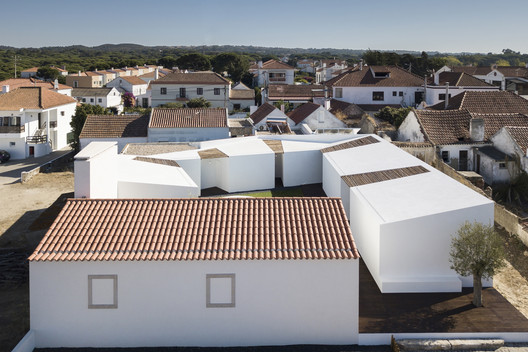