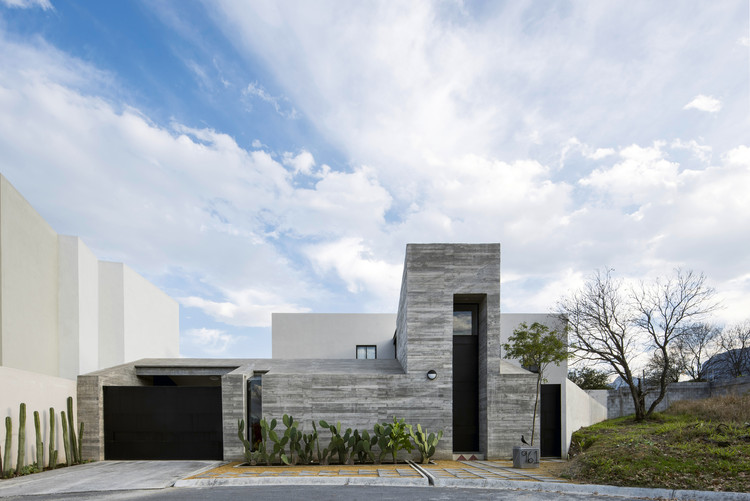 Text description provided by the architects. Casa Pía is built on a plot of irregular dimensions located in El Uro, Nuevo León.

It is composed of two volumes facing each other with a succession of courtyards arranged longitudinally.

The front volume has a single level with the main access in one of its ends, a double height element which is accessed crossing the triangular-shaped concrete tiles resting on a compacted earth atrium as a continuity of the sidewalk and the street.

The rear volume is of two levels and is separated from the front volume by a central courtyard. This courtyard works as an extension of the social areas, the kitchen and the study on the ground floor, facilitating ventilation, views and access of sunlight to the spaces. This courtyard is sectioned in two by a staircase inside a third glazed volume that integrates the vertical and horizontal connections of the house. The backyard has two landscaped areas that surround the service and laundry area and allow continuity of views from within the house.

Concrete is highlighted in the materiality as the main resource, it is seen in the formwork of the facade, in the polished coloured cement floors and in the details. As a contrast, steel is used in the pipelines, gates, doors and stairs.

Endemic plants and plants of low maintenance were chosen for the outdoor areas.

Casa Pía is the result of a transformation from a country house to a suburban house without losing the sense of connection the building has with its surrounding space, which in turn filters into more private, more intimate and exclusive areas for its inhabitants. It is a reinterpretation of Mexican architecture of the second half of the last century with a new formal character. 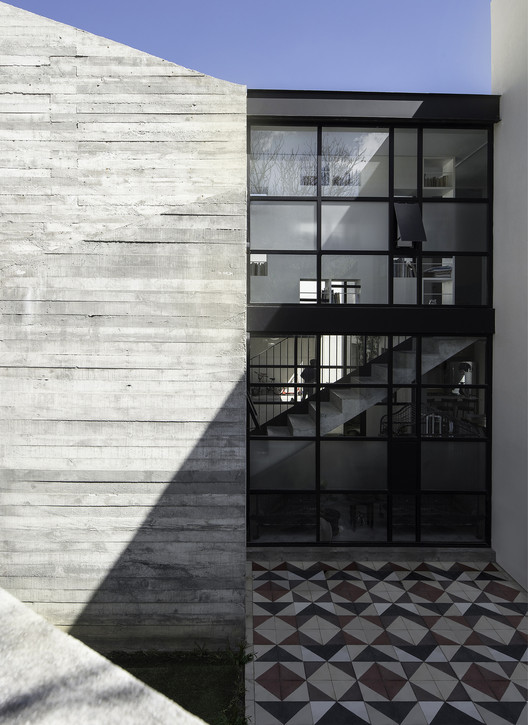