Through his campus work, Sert left an incredible built legacy on the Boston area. But his buildings have taken some getting used to.

In hindsight, it seems a bit odd that a Catalan architect with a penchant for concrete buildings and jaunty accents of color—he liked to say, “It’s good to see a parrot against an elephant”—ever held sway over Brahmin Boston and nearby Cambridge. It was midcentury, and he was Josep Lluís Sert, Barcelona-born, a great devotee of Le Corbusier, and dean of the Harvard University Graduate School of Design (GSD) from 1953 to 1969.

“The deanship at Harvard gave him the platform,” says Mark Pasnik, coauthor of Heroic: Concrete Architecture and the New Boston (2015). “University presidents trusted him, and Boston building officials thought of him as a power broker.”

Over nearly two decades, the office of Sert, Jackson & Associates completed four major university projects in the area: Boston University’s (BU) School of Law Tower, Mugar Memorial Library, and the George Sherman Union; and for Harvard, the Peabody Terrace student housing complex and the Holyoke and Science Centers. These brawny buildings, with their bold forms and stirring concrete motifs, were oriented toward the future.

“BU and Harvard said, ‘We have to build up’ because of the dearth of new land and the large influx of new students,” explains Henry Moss, principal at Bruner/Cott Architects, which helped oversee the 2018 transformation of the Holyoke Center (now rechristened the Richard A. and Susan F. Smith Campus Center).

With the wind at its back, Modernist architecture had become the face of the new Boston. By the 1970s, however, this optimistic mood had receded as concrete, closely linked in the popular imagination with bureaucratic high-handedness, fell out of favor. Sert’s buildings, and their Brutalist kin, began crumbling under “active neglect,” Pasnik says.

For all their heroic attributes, Sert’s structures, particularly his 18-story Law Tower at BU (1964), could be inflexible. “People hated this building. Famous architect? Who cares?” says Paul Rinaldi, assistant vice president for campus planning at BU. “The tower is more sculptural than practical and could not handle the student or faculty populations. Students complained that they only saw their friends when they were stuck in the small elevators.”

The situation was remedied only by a 2015 building works. Bruner/Cott erected a new structure with large floor plates that could hold law school classrooms and high-speed elevators. Turning their attention to the tower, the architects gutted the interiors and converted them into offices. Among the few endearing aspects of Sert’s original design were the colorful ventilation panels—red facing north and south, and green ones facing east and west. These notes were made even brighter, Moss points out.

Years before the BU job, Bruner/Cott had tested techniques in concrete patching at Peabody Terrace, Sert’s Harvard housing complex that looms over the Charles River. (The visual prominence of its three high-rises has always irked naysayers of contemporary architecture.) “This was the first time we tackled restoring cast-in-place concrete,” Moss recalls. “It looked like Dresden after it had been bombed. But that’s how we cut our teeth.” In addition to the concrete restoration, all of the windows were replaced in 2004.

Around the same time Harvard tapped Boston firm Leers Weinzapfel Associates to renovate the Science Center (1973); the firm also added square footage and removed sections of concrete to bring more light into the interior. Where the BU Law Tower was uncompromising in its design, the architecture of the Science Center was surprisingly accommodating. Associate principal Winifred Ann Stopps credits Sert’s foresight in the matter: “He had all exposed cable trays going throughout the building, and so we could retrofit it for the digital revolution.”

At the opposite end of Harvard Yard, the former Holyoke Center epitomizes Sert’s ideas about urban design—indeed, he founded the urban design program at the Harvard GSD early in his tenure there. “Sert wanted a full-block building with an arcade that connected Massachusetts Avenue and Mount Auburn Street,” Moss explains. “The problem is there was supposed to be a green space halfway, to light the arcade.” (The idea never made it off the drawing board.)

As a result, the building was criticized for having too bureaucratic a feel, which a mishmash of ground-floor retail did little to alleviate. The renovation, a collaboration between Hopkins Architects of London and Bruner/Cott that wrapped last year, aimed to correct these mistakes.

On the east side of the building, extensive glazing illuminates the new Harvard Commons and natural light spills over into the arcade, completing Sert’s vision of it as naturally lit and welcoming. Students and visitors alike enjoy the pulsating, vibrant environment: Green landscaped walls and a central glassed-in row of trees adjacent to the arcade lend it the sense of being in an interior garden. A palette of bright colors pays homage to the architect’s Catalan roots.

“It is a tapestry of landscape woven through a concrete building,” says Andrew Barnett, a principal at Hopkins. “We turned back the clock to the original concepts.”

This is a welcome turn of events, but in appraising these recent renovations Pasnik cites a lack of public inquiry as cause for concern. Sert’s Boston buildings are as singularly representative of their time as those by the city’s hallowed architects H.H. Richardson and Charles Bulfinch, he says. “If five similarly famous buildings by either Richardson or Bulfinch were to be renovated or added onto, there would be great public scrutiny.” He goes on to add, “But here is a set of five 50- year-old buildings, unloved by the public. Is the license to change being done in a responsible manner?”

A visit to each would suggest that it is. 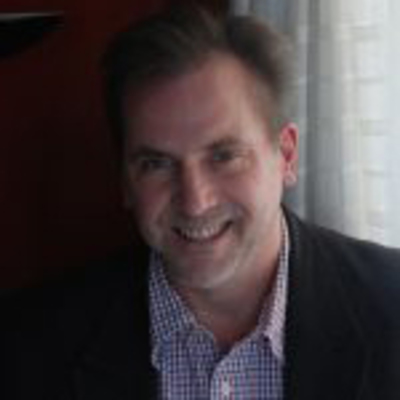 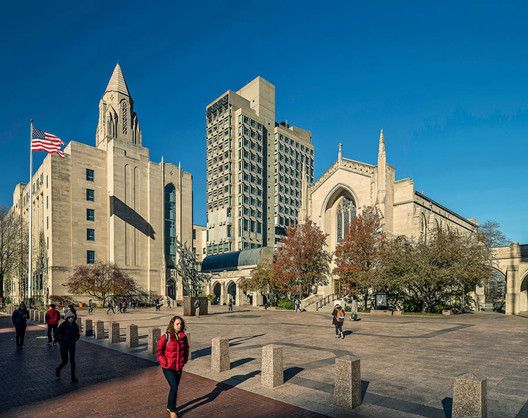