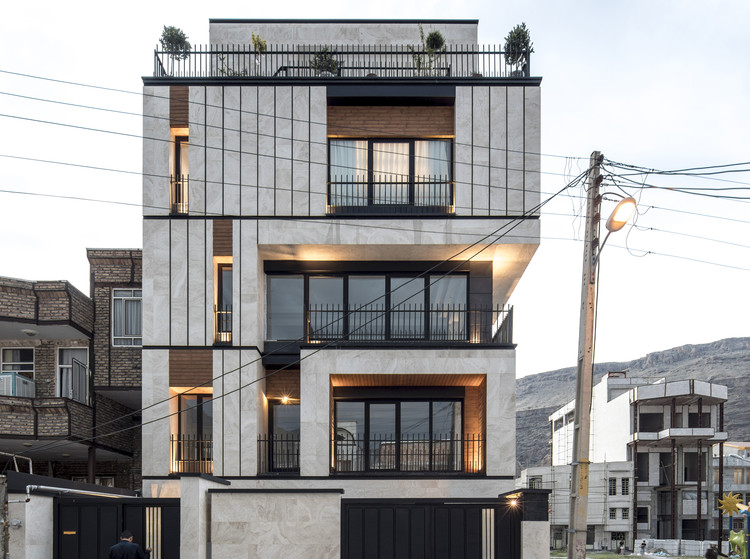 Text description provided by the architects. Ham-sayeye-park is designed and built in border city of Maku. This building as a substitution for the client’s previous house, is located in a 22*9 sqm property next to a small park. In fact the project is the neighbour of the quarter park.building - park interaction and relation between them was the first challenge of design. This interaction resulted in diverse balconies opening to the park. In turn the park benefits the shadow of the building at sunsets, so children can play comfortably in the park which is avid of dense greenery.

Material diversity and unnecessary details were decreased to focus on the aspects like natural light, views, proportion and composition of volumes. We were aimed to refine the complexities, but achieving purity wasn’t so easy. Arrangement of interior spaces was organized according to view to the park and preventing being seen from park. The other affecting point was the potential of terrace function as a flexible space in relation with interior and exterior spaces. Finally the building was imagined as a cohesive whole including open, semi-closed and closed spaces.

5 floors are accommodated in 900 sqm including ground floor allocated to public space and parking, 1st & 2nd floors as flats which enriches the interaction between the occupants and spaces, and 3rd & 4th floors considered as a duplex residence with an internal void in the heart of the living space which integrates private and public spaces and allows for the interior main living rooms to fully benefit from the sunlight and the stunning view over the nearby park. 4th floor is the junction point where the building connects to open space and the open space connects to the sky.

Each area within the space well integrates with nature. Besides, its eastern and southern French window introduces the natural light into the interior, allowing the coexistence and dialogue between the spaces and daylight as well as ventilation. The staircase is made of oak wood, which separates the private and public parts of the entire space and strengthens the connection between different floors with its warm textures. The residence provides a cosy living environment, where the occupants can enjoy various activities.

An extra volume on the roof is attached to 5th floor to embrace stairway and elevator box which generally attaches in an unsightly manner to the roofs. It forms a belvedere to look at the stunning views over northern and southern mountains. The appearance of the building is a reflection of the interior spaces. The project is designed in a simple way not to impose chaos to the urban context but to respect the surrounding built environment.

It is white and well-polished to appear eye-catchingly among all the old brown mass around. The façade material is utilised in rhythm with a graphic pattern of vertical openings and framings. All apartments are accompanied with either a generous balcony or terrace. Likewise, it also adds a semi-transparent extension of the apartments that embrace privacy as well as providing an active and living façade. 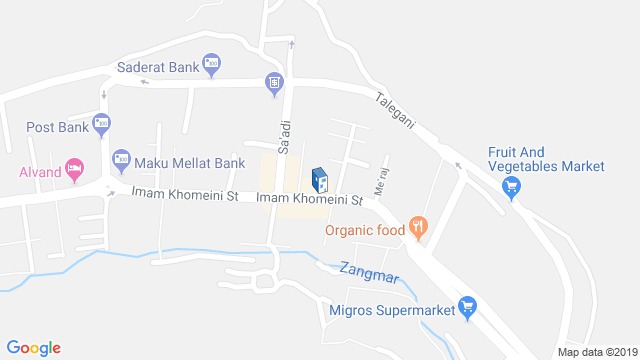