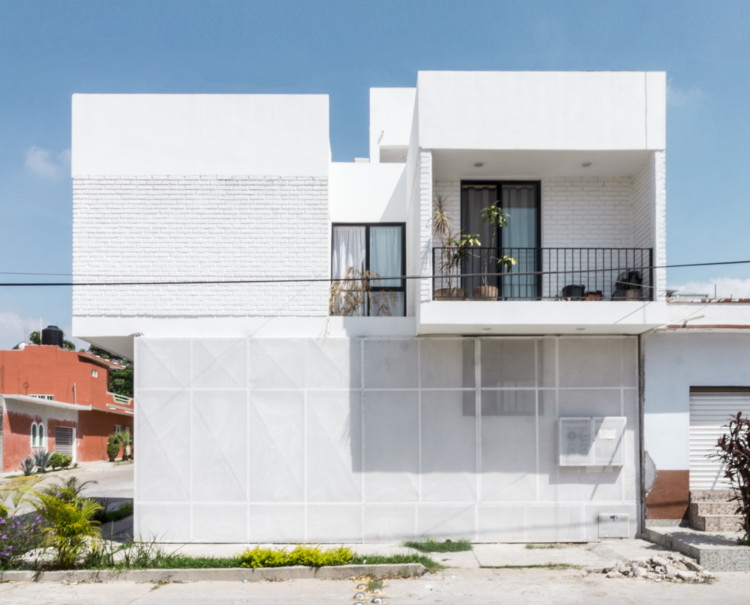 Text description provided by the architects. The population density in cities is in constant growth and Tuxtla Gutiérrez has not been an exception. It is the students from high school to postgraduates from various municipalities, including Oaxaca, that add to this statistic. Our client was very clear about the idea of providing rental apartments that could be financially accessible for two students or a newly joined young couple, but that in turn offered something different that would give him an advantage over the other proposals in the neighbourhood.

The need to diversify a concept as basic as multi-family housing was resolved using two ideas, "making city" and "making community".

Making city: the habitable zones become visibly hermetic, but it is their main access that allows a direct connection with the pedestrian. By keeping the access open, a very large terrace is entered, which works as a garage and a courtyard on which the street vendor (common in our Tuxtla) can offer their products to the door of each home.

Making community: the necessity to collectively link the tenants not only occurs at the access platform but also with the fifth facade that was intervened, generating a private terrace for its users. It is here that the social interaction between the tenants happens, always visually connected to the city and the Mactumatza hill that distinguishes the area.

The construction materials are revealed in the materiality of the complex and only by the means of light and shadow, an almost ethereal white defines the sobriety of the volumes. It is the light that defines the reality of the textures, such as brick in the walls and the slabs and the supporting steel of the interstices. Each department allows the clear passage of wind and natural light since within the complex, a light cube was proposed, housing vegetation and cleansing each compartment. 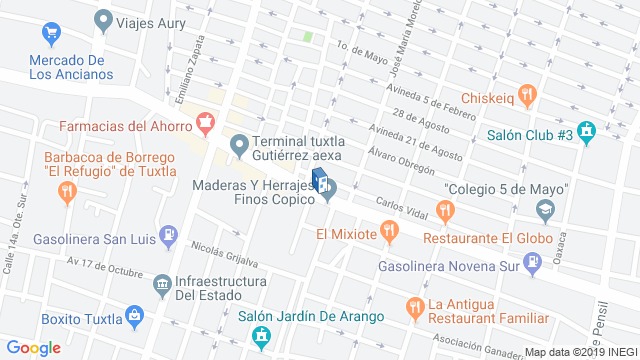 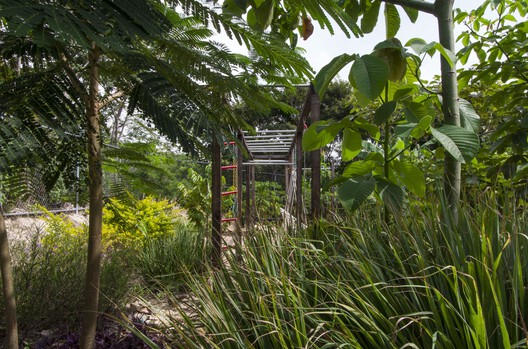 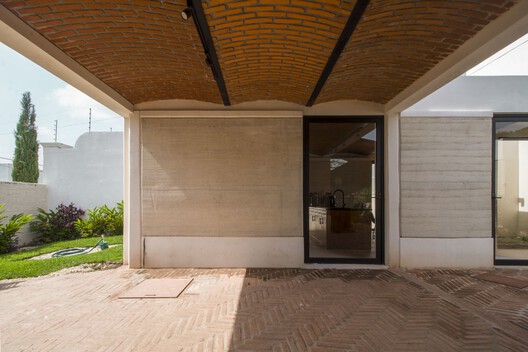