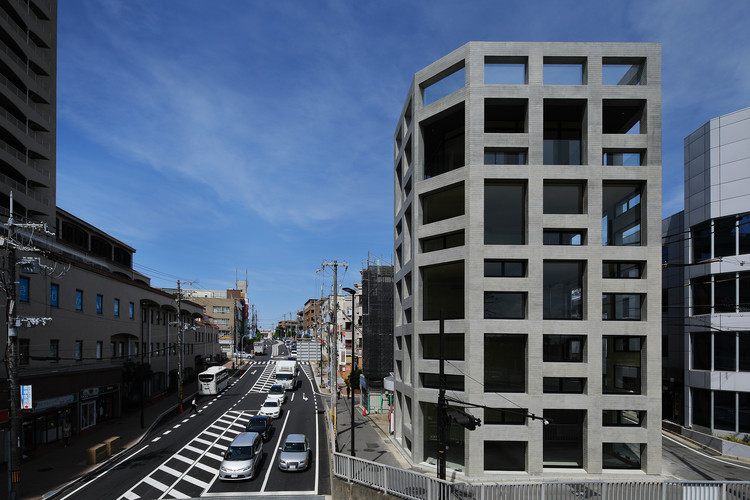 Text description provided by the architects. This small five story commercial building is located on the front of one of the symbol station of Hankyu railway Kobe line in Nishinomiya, Japan. One of the characteristic part of the site is that it is open to almost all directions which enables the building to be seen from any angles. This led to choose concrete finished frame structure that gives a strong structural image along with the toleration to be seen from any angle.

Another important reason must be mentioned here. Two old buildings that stood at the same place before served as an advertisement building and these ad’s were very important income for the client. Moreover, as an architect, it is difficult to prevent or control the client from putting ad’s, so if the building is going to be another “advertisement building” sooner or later, a simple rule was incorporated into the façade design. 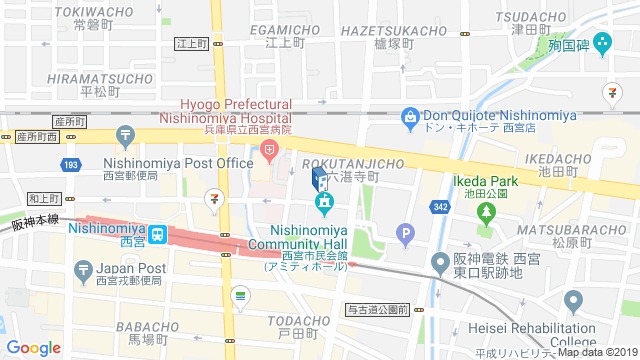 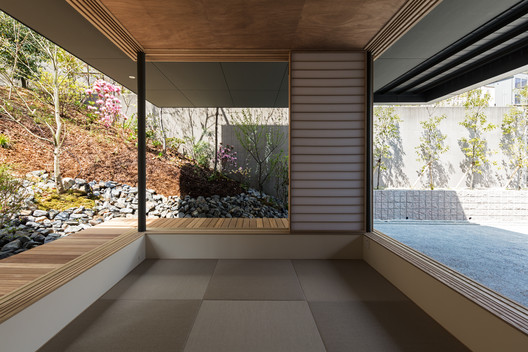 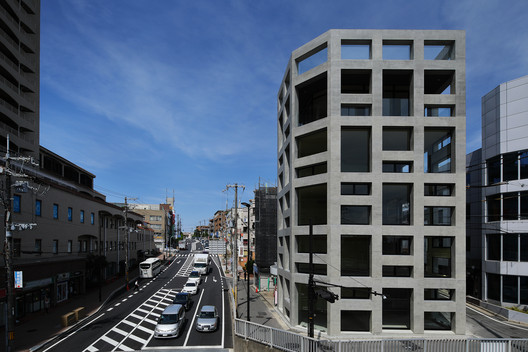