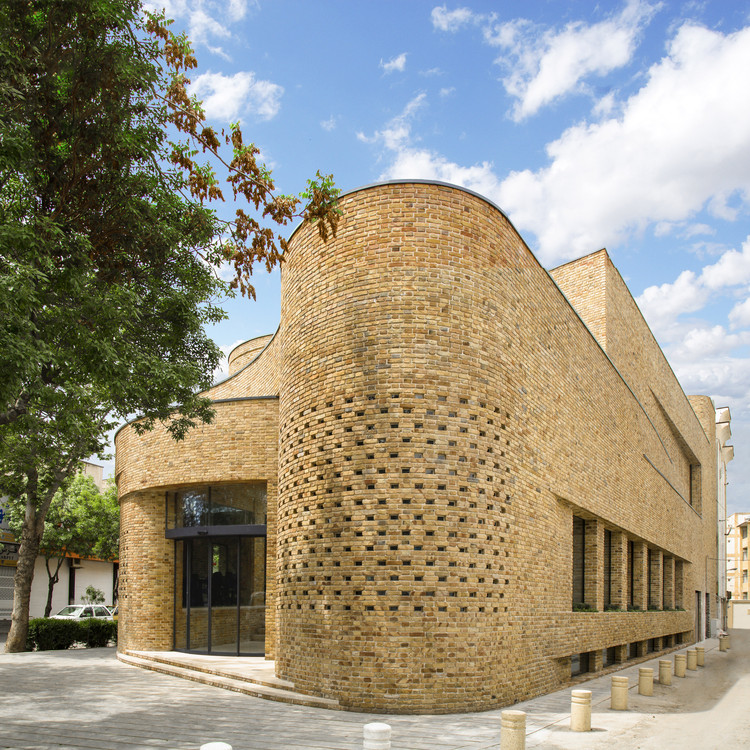 Introduction and Problem. Being Iran's second sprawling city, Mashhad is also one of the largest religious capitals in the world. However, it has been struggling with numerous social problems. Prioritizing individual interests over the public and not embracing the existing cultural diversity has led some sociologists to call Mashhad "the anti-dialogue city"; having the highest rates in divorce, conflicts and slum dwellers in Iran were among the significant reasons for this given name. Being anti-dialogue, however, has made itself obvious within the urban physical developments through its many instances. The extensive demolition of the historic district and an ill-proportioned city texture and high-rise constructions, to name but a few, are the prominent evidence.

The site of the project is an area of 571 square meters amid the historical district, and adjacent to “Gonbad-e-Sabz”, an outstanding architectural heritage with a 400-year-old history. Gonbad-e-Sabz is highly respected among the people since it is the tomb of a well-known Safavid mystic -Sheikh Mohammad Momen- and a social gathering place. New developments of tall buildings in the proximity of this tomb, with no regard for public interests, have brought discredit to its vicinal and heartfelt sanctity.

On the other hand, owing to the client’s commercial aim for the land, and undoubtedly, their anticipated maximum benefit, a serious difference of opinion between the client's expectation of the building's character and its surrounding, especially Gonbad-e-Sabz, was creeping in. Without creating a dialogue, these differences would have been nothing but adverse financial impacts. Therefore, one main problem in designing the building was how to make possible the dialogue between the place and the growing concerns of its environment and context. So that it could fit in the cultural spirit alongside its commercial functions.

Strategies. Seeing that the municipality only authorizes a three-story building, we could even purchase the license for two more floors, according to the rules and regulations. In a sensitive place where erecting a building with three commercial floors would become taller than Gonbad-e-Sabz, not only did we refuse to get the extra two floors, we also cut the Gordian knot by changing the attitude towards official licenses, and went one floor lower than the height limit as a result. To actualize the client’s demand and scale control, considering the figure and ground relationship, the building was further embedded in the ground.

What’s more, it was given a setback from the square that heritage building was in. Furthermore, by controlling the edge, inside the building is completely transparent and integral while the outside is solidly built with a minimum opening. Later on, by employing several voids to keep the volume penetrable from top to bottom, a transparent and fluid form was achieved inside. This went against the common typology of passage and was an attempt to create a new type of Contemporary Bazaar; in the end, spatial integrity, visual and circulation continuity, and light transmission were the achievements of this strategy. The endeavor to ignite a dialogue between the building and the ground, causes the Cheshm-o-Cheragh Bazaar to be critical of the extended demolitions in the historical district and its valuable architectural heritage. These existing urban developments of Mashhad have brought devastating outcomes.

Brick, on the one hand, was considered a cheap material because of the recent urban regeneration in Mashhad. On the other hand, as a result of the extensive demolition of the architectural heritage within the historical district, brick is being thrown away like garbage. Consequently, to clearly represent the act of criticism, we arrived at the final decision of constructing the entire form of the Bazaar (especially at the edge of the inside and the outside) by implementing the disposed of historical bricks. 230000 number of bricks - 60-300 years old - were gleaned from the historical district, an area of 1000 acres. This could not be achieved, were it not for people's help. Due to the technical challenges, the clear differences between the bricks in size, color, and texture; the project was carried out by "conservators". Eventually, in the dialogue between context and era, new materials like metal and glass were used inside alongside bricks. 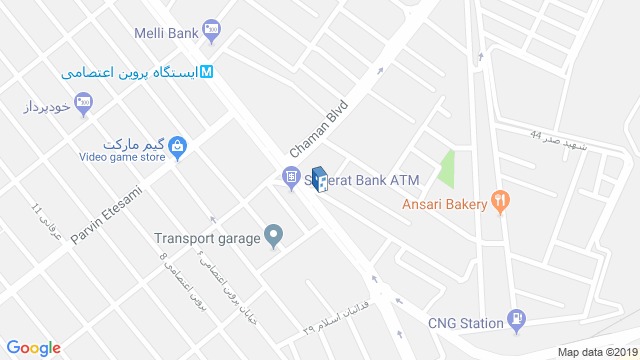 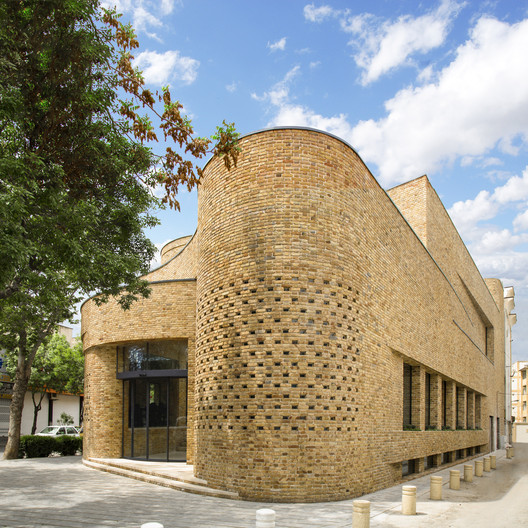