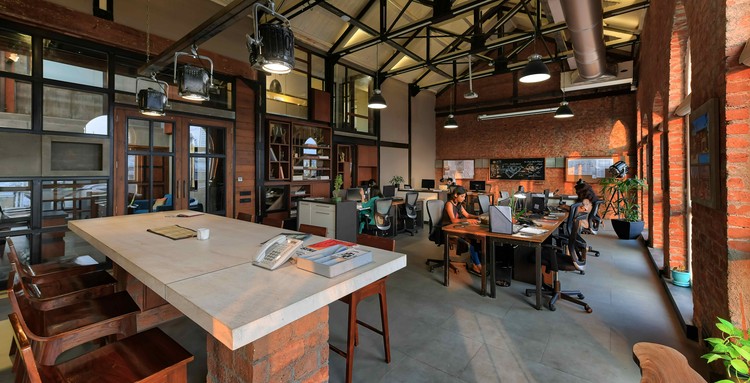 Text description provided by the architects. South Bombay or SoBo, arguably is India’s leading art district that exudes a character which is reminiscent of yesteryear, with a flair for the contemporary. The area is an expanse of culture and heritage with an eclectic blend of styles – Neo-Classical, Gothic, Victorian, Art Deco - that corroborate the unique spirit of the place.

As an architecture and design house, we wanted to land a studio space, within the district, conducive to our sensibilities. The space, atop a heritage structure, was acquired with the windows boarded up, wooden trusses braced with metal and brick walls segregating different zones.

Located along the Heritage Mile of SoBo, on the 4th floor of a 100-year-old Victorian era building, the studio space explores the innate tactility and highlights the structural integrity of the heritage structure. The idea of unearthing and discovering, rather than a set mandatory approach, was adopted not only to respect, retain and celebrate the spirit of the place but also respond to the myriad experiences the space could possibly offer.

Natural light, ventilation and the objective of utilizing the various vantage points to the fullest were of utmost importance while designing the space. A certain sense of scale and the idea of zones within zones was explored within the facility – either through a visual connect or dedicated space configurations within a single zone.

The atrium which doubles up as the entrance, allows a steady stream of light to    filter in through the skylight above and houses the reception, a formal meeting room and a vertical backdrop that frames the machine room that sits atop the wooden elevator. The formal articulation of spaces and segregation of the same expands beyond the atrium and weaves its way across the floor plate towards - the studio; the cafeteria; the principal’s zone; the client zone; and the library.

Intersecting gabled roofs along with their structural supports were important contributing factors to the spatial language of the studio. The wooden purlins and rafters as well as the robust trusses clad in metal, have all been stripped and restored to create an emphatic flavor. Each unique flavor stares at a different space below. Transparency allows the various segregations to seamlessly flow into one another – the character thus pervades throughout the facility.

The tactility stays true to the raw, unkempt and stark nature of the space by: retaining the inherent character; revealing surfaces beneath superficial layers of paint and plaster; and re-cycling elements such as discarded doors, salvaged from demolished buildings within the city, and breathing new life into them.

The studio has been envisioned as a multi-functional and flexible design solution. One that pushes the boundaries of conventional studios - where collaborative sessions, workshops and exhibitions can be held, bring forth a new discourse within the fraternity and bridge the gap between students and professionals.

The Loft is a poetic expression wherein the creation and the nature of the existing structure are allowed to take the reins and drive the design forward. 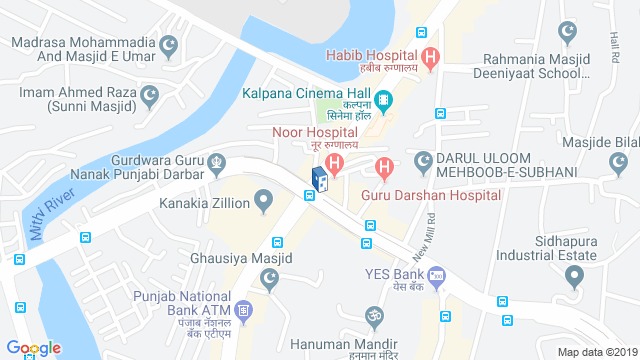 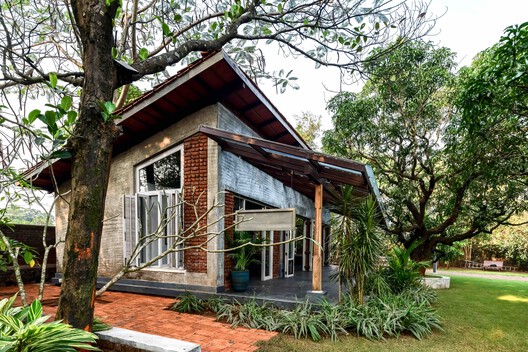