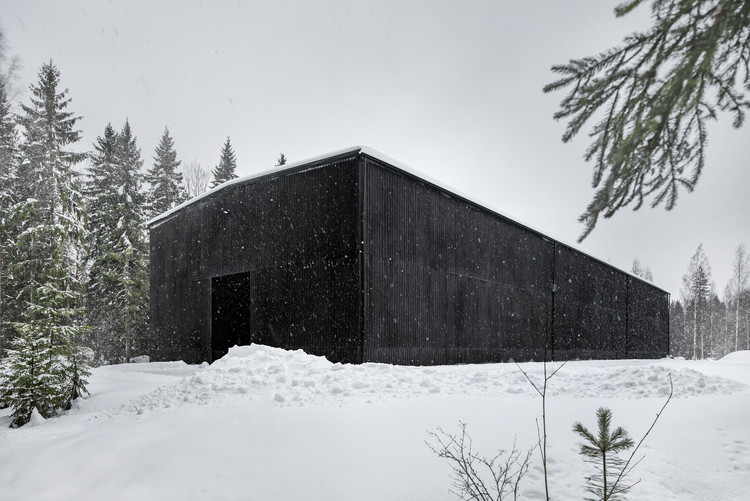 Text description provided by the architects. The client is a Finnish craft producer of spirits that started from scratch but is rapidly expanding after winning several international prizes including the best gin & tonic in 2015. The fame resulted in huge demand for the world’s northernmost gin and whiskey distillery’s products. The company organized an invited competition for the expansion. Avanto Architects was chosen to design a master plan, several new buildings and to convert historic buildings on the old dairy area.

The area is unique. Kyrö river area is classified as a nationally important landscape with well-preserved farmhouses and vast flat fields with old wooden barns. There is a historic Perttilän silt a hanging bridge crossing the river next to the distillery.ThesiteisborderedontheSouthsidebythememorialforhistoric Napuebattlethatgavenameforcompany’sfamousgin.The storage buildings were to be placed in a dense forest housing also flying squirrels’habitat. This gave us the idea to design the storage buildings as traditional barns clad in wooden planks and hiding in the middle of the forest.

The project is the first building in a row of five identic buildings. It soon came out that designing industrial buildings should be done in very tight framework conditions. In order to call spirit whisky, you need to store it at least three years in wood barrels.  Huge storage buildings needed to be constructed even if you don’t know whether the product will be selling well after the storage period.  To minimize risks the buildings were assembled from standard concrete pillars,beams and elements unlike in the first sketches that were based on wooden structures.

There are very strict fire regulations concerning the barrel storage buildings as whisky is classified as a flammable liquid.  This is why the space needed to be divided in five separate compartments. Each room has a strictly controlled indoor climate with certain temperature and humidity. The amount of alcohol evaporating from the wooden barrels ism easured so that the airdoesn’tget flammable.

The façade is inspired by typical local wooden barns. The concrete exterior wall sandwich elements were cast on a mold made of planks from a dismantled barn owned by the mother-in-law of one of the distillery owners.  Funnily, concrete reproduces the weathered wood material so well that many people have been touching the façade and still believing it is wood.  Typical for the playful Kyrö people, the barrel storage building was inaugurated by organizing a rave in the empty warehouse. 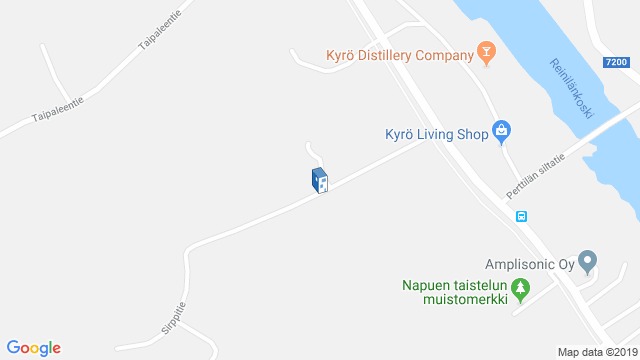 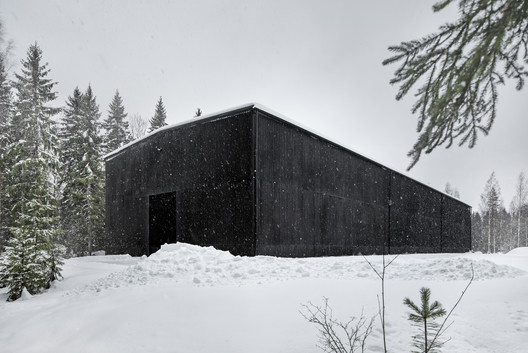