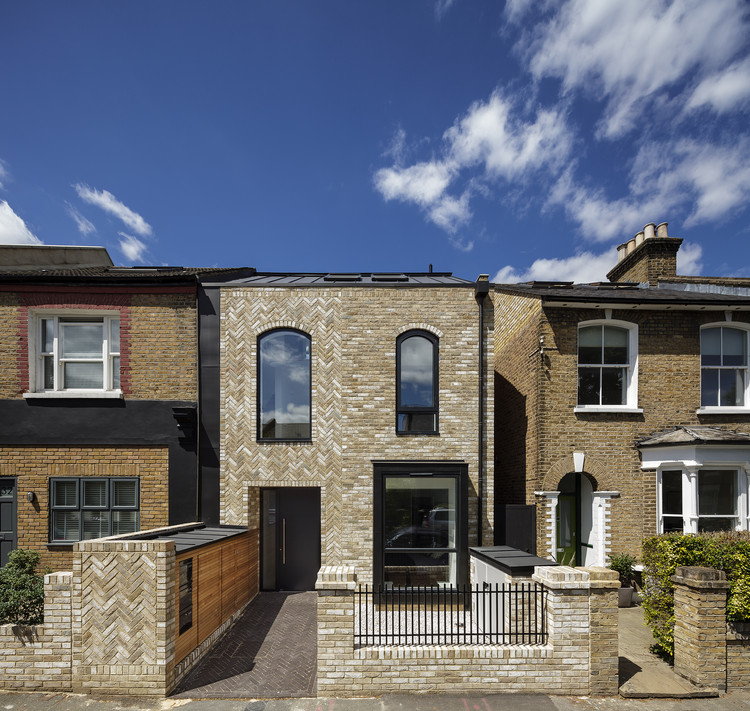 Text description provided by the architects. Sketch Architects have recently complete completed a new build flatted development in East Dulwich, London. The scheme involved the demolition of an existing single dwelling of poor quality and the construction of a new property containing three independent flats.

The existing house was awkwardly positioned on the site and incongruous within the street scene being set back and substantially smaller than its neighbours. The client, WNA Properties, presented Sketch Architects with the challenge of creating a new in-fill property that maximised the development potential of the site.

Sketch Architects wanted to create a contemporary building that blended into the existing street with siting and scale designed to reinstate the terrace. The scale and proportions are very similar to its neighbours, but the contemporary use of traditional brick detailing, a zinc standing seam roof and sleek modern glazing, give it a distinct but familiar appearance.

The brickwork detailing is the perhaps the most striking feature of the external elevation and the use of different brick bonds and patterns have been used to add depth to the façade. Sketch worked closely with the bricklayers on site to realise their desired details and despite some protestation from the tradesman, they excelled themselves with what they achieved. Specialist brick slip products were also used to create brick soffit details around key openings.

The zinc standing seam roofing and cladding is used as a nod to the more traditional grey slate tiles that are seen on the neighbouring Victorian buildings. The zinc has also been used to clad the front bay window of the property, again a contemporary representation of the neighbouring brick built and stucco rendered bays.

To the rear, the building is sympathetically stepped in a series of terraces that angle away from the neighbours, the form is designed to maximise the internal envelope whilst minimising the impact on the views and amenity of the neighbours. The project shows that small scale architectural development can be exciting and innovative whilst still creating a harmonious street scene.

Internally the layout focuses on creating spaces which are bathed in natural daylight. The use of larger than normal-sized windows in all spaces creates views through the building and increases the connection with the outside. The internal fit out was created on a strict budget and although simple, a crisp, contemporary and high quality finish has been created. The project also achieves good environmental credentials with the building fabric being designed to be highly thermally efficient, airtight and utilising MVHR technology. 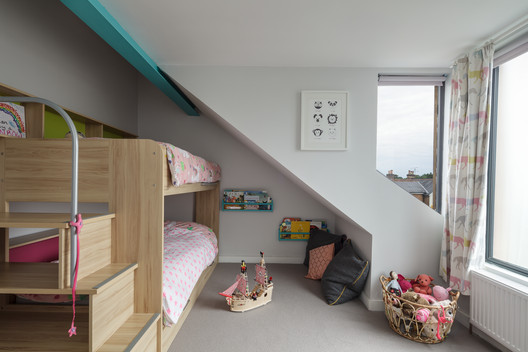