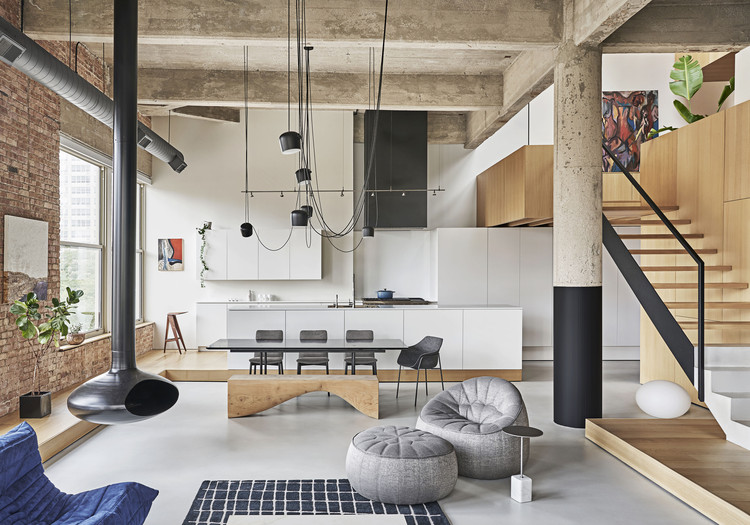 Inside a century old structure initially built for automotive assembly and display, we renovated a residence that was poorly functioning as a domestic space. In resolving the spatial problems inside this impressive volumetric shell we crafted a living environment that evokes mental wellness and inspiration within.

Now, as one enters this dwelling through a low, wood clad transition zone the overwhelming feeling of being inside a large industrial room is very much subdued. Scaled architectural components, material restraint and theatrical lighting throughout, lessens the overall spatial dominance, while openness and clarity of space is maintained. Living functions such as laundry, mechanicals and storage are integrated within the built-in cabinetry and dispersed strategically throughout the space. Kitchen elements are treated similarly and placed atop the raised platform to elevate one’s experience during preparation of meals with views in a direction of our city’s most iconic street, Michigan Avenue.

The continuous wood platform organizes the vastness of the open room, providing an edge for more intimate furniture arrangement and a backdrop for plants and life objects collected throughout our client’s lives. Clad in black steel, the sleeping cube is situated away from the perimeter for greater noise and temperature control. Acting as a visual anchor atop a platform, it is fully programed, the metal skin transforms as panels open up, revealing one of many uses contained within. While its main purpose echoes a primal cave for sleeping, lined in wood paneling with borrowed daylight forms an oasis within.

As one moves between levels, a variety of unexpected vantage points and views are revealed. These upper levels function as sleeping space for visitors and couple’s work zones, enabling open living to have both separation and connectivity throughout the day. At the upper loft, where one finally comes close with the concrete ceiling, a doorway leads to a vast outdoor garden with views of our city’s majestic skyline.

These meandering spaces are three dimensionally distributed and yet assembled as a one cohesive home inside a raw industrial cloak. 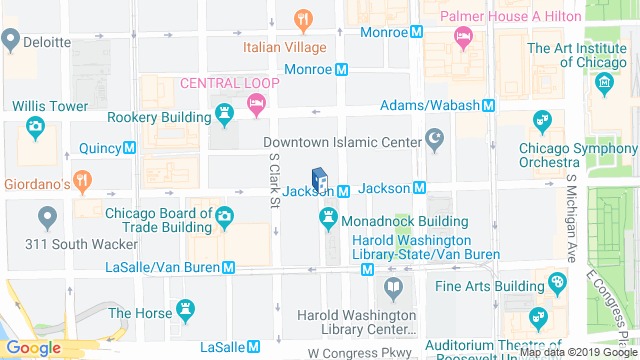 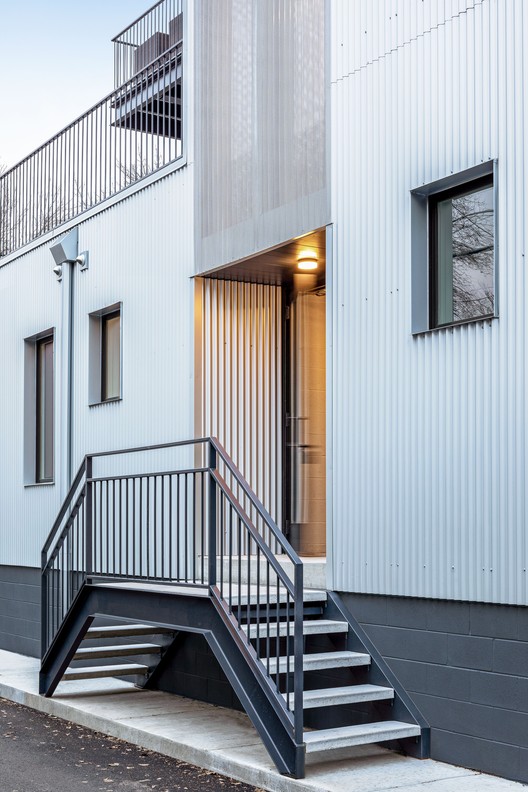 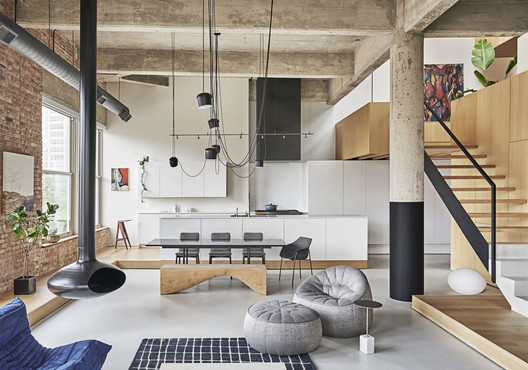