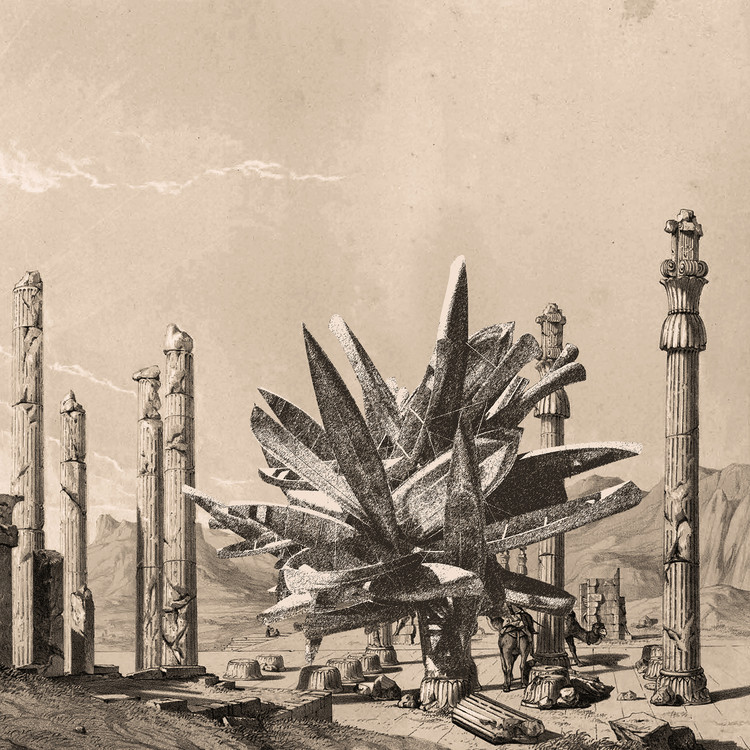 In 1840, Eugène Flandin was commissioned to visit Iran to produce images of Iranian antiquities. Throughout his journey, which lasted more than two years, the artist was able to create a multi-volume book titled "Journey to Iran", and was eventually published in Paris in the Year 1851. For this project, some of Eugène Flandin's paintings of old Iranian settings have been combined with contemporary structures from around the world, to unite the past and future in one frame. 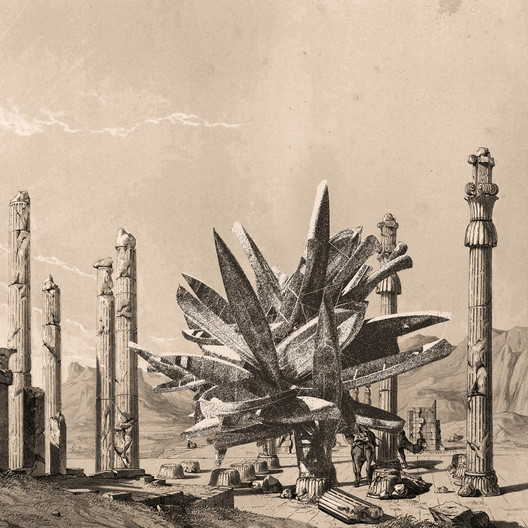