Text description provided by the architects. A rebuild kindergarten project in Matsuyama, Ehime. Recently cars are daily necessities in a provincial city and it gets more common children go to kindergarten by bus or car. So they have fewer chances to take exercises in daily life. An increasing number of children play with video games inside so that they also have fewer chances to find plays in variegated nature environment by themselves. In these situations, KO Kindergarten is rebuilt with the concept “Make Health from Playing”

By shifting each room such as staff’s office and nursery rooms horizontally and vertically to create free spaces, 14 kinds of unique play spaces are made which look like a street, a local scenery for children to play in the past. Kazuhiko Nakamura, a professor of education at Yamanashi University, said in the childhood children should learn 36 body motions such as “run”, “jump”, “pile”, “hold” and so on. All of these 36 motions can be leaned in these 14 play spaces inside.

According to the comparative study of the children’s movement in the former and the new kindergarten, the number of steps increased by 20％ at the average for 3-5 children. Furthermore, “throw”, “go through”, “creep” and “ride” which can’t be seen in the former building can be seen in the new. In the flat playground, the motions were limited but in a new playground there are two small hills with natural grass.

Their children enjoy rolling over and climbing up. In addition, many bugs and flowers are coming so that children create new plays by themselves. In these ways, by making play spaces to make children take exercises, not only the quantity of exercise and the physical strength are improved just through playing, but also these environments encourage them to create plays and stimulate many kinds of interests. 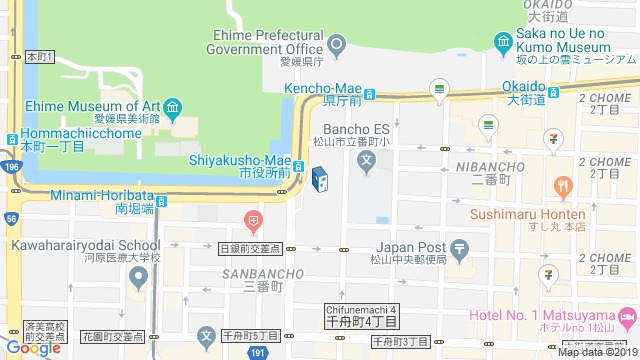 Location to be used only as a reference. It could indicate city/country but not exact address.
Share
Or
Copy
About this office
HIBINOSEKKEI
Office
•••
Youji no Shiro
Office
•••
Kids Design Labo
Office
••• 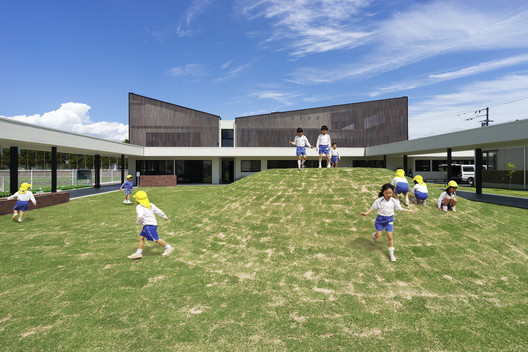