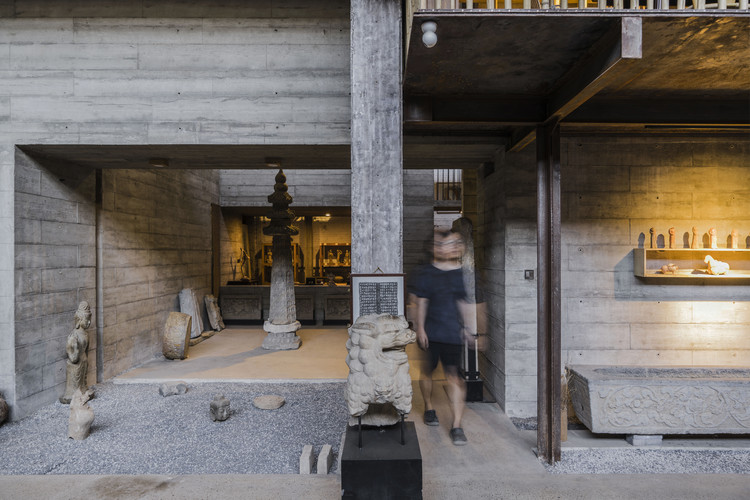 Background
The Banpo International Art District was the largest textile industry base of Northwest China which was built by the former Soviet Union during the First Five-Year Plan period. The main buildings of Art District are the site of the first printing and dyeing factory of Northwest China (Tanghua Yiyin), which was built in 1961. After that, the textile area gradually withdrew from the historical stage but left behind tens of thousands of square meters of high-quality Soviet-style factory buildings.

In 2007, some Xi'an artists and art institutions entered and spontaneously formed "TextileCity Art District".In 2012, the strong intervention of capital renamed this area as“Banpo International Art District”. The original continuous large spaces were divided into independent Shops for leasing. The atmosphere of secularization and commercialization forced the artists to disappear gradually, replaced by restaurants, wedding photography, advertising companies, and other commercial organizations.

Objective
In this context, we took over the renovation design of two-span factory buildings in 2015. The owner hoped that this space could become a container of art to disseminate and display Shaanxi culture, meanwhile satisfy some auxiliary functions such as office, reception, research, and storage.

We first determined several principles after analyzing and researching. Firstly, we should respect the industrial heritage and show its spatial value adequately.

Secondly, we should respond adequately to the external environment, not only shield the interference of mixed commercial environment on artistic space but also actively improve the public space through design.

Thirdly, enough freedom should be reserved for the internal space to ensure the flexibility of space adjustment. Fourthly, we should have the interest of the Chinese garden for this workshop space with a current area of only 256 feet so as to avoid flattening but extending people's perceptual experience from sense to body.

Space
Based on the above principles, we first used the original structure of the middle section to carry out a moderate "space thickening", which are similar to a "thick wall" filled with stairs, galleries, toilets, tea rooms and other service functions，to separate and define the two main space areas in the North-South direction.

The northern area retained a complete large space for exhibition and activities, visitors can feel the most primitive power here. In the southern area, we created introversive spaces with the movement trend of spiral rise, which composited together by the old brick walls on the west and south, the double bamboo wall on the east and the new concrete walls of pinewood texture.

On the one hand, this kind of spatial relationship has the introversive characteristic of Chinese Courtyard to avoid the interference from the external business atmosphere. On the other hand, the narrative logic of "vertical walls" and "horizontal boards" is adopted in this design, which not only presents the path and feeling of "big in small" in a Chinese garden but also provides the multi-dimensional possibility of vertical space.

Materials
We fully retained the original concrete structure and the brick walls superimposed at different times, the use of new concrete walls are a tribute to these original materials, Similar materials also can help to keep the overall attributes of spacial feeling, only the texture expression is clearly distinguished.

We chose double bamboo walls for the eastern facade of this space which belongs to the public corridor, on the one hand, the natural attributes of bamboo are used to soften the stiffness of external commercial space and produce interesting interface; on the other hand, the gaps between bamboo walls produce a semi-transparent effect to maintain a vague sense of mystery which can be established the self-identity of art space.

Summary
The main transformation of this space was completed in 2016, but for many reasons, it was once empty and wasted. Until 2019 with a collection of artworks' coming, we had the chance to re-arranged this art space, and finally presented a small art space which is full of powerful and colorful. It is also because of "small" we had the chance to inject more experience, body, and emotion. 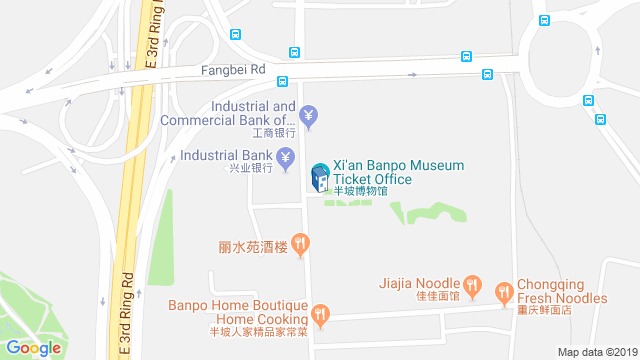 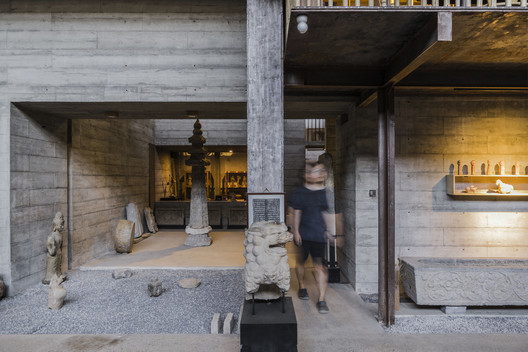