Save
The Threshold, The Secondary School / Paralelo Colectivo 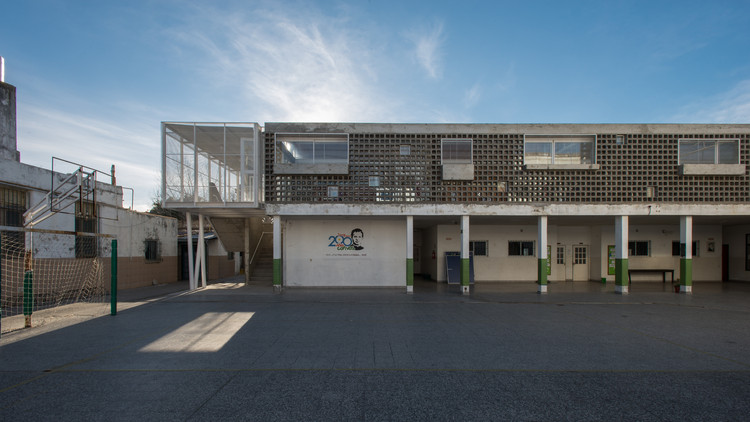 Text description provided by the architects. On this occasion of having to work with the expansion of the school spaces of a secondary school educational institution, we think it is fundamental to rethink and to deepen the meaning of the school in the times that we find ourself living in.
We understand that formulating new proposals for these types of spaces has a direct impact on the future understanding of public spaces, meeting spaces and the city.

The school is in some way the first place, the threshold, where a person assimilates a contact with the public space, with sharing, with the socialization of the places of transition where one develops life.

“Space is not neutral, it always educates” Antonio Viñao
Architecture, in a certain way, is limiting, allowing, hindering or enabling the user to develop a certain advancement or another, of a completely opposite nature.

In a material sense, the school space resists the passage of time by virtue of the long duration of the structures of the building. But the point is not only that the building (which desirably should lead a long useful life) resists, but that along with this, it also maintains a political model of the organization of mass education and a didactic model of the organization of teaching, that goes back at least one hundred years. The school buildings of the early twentieth century architecturally formalized the tenets of the time: hygienism, panoptic rationality (with its principles of confinement, visibility and fixed distribution of bodies in space) and simultaneous education (teaching everyone the same, in the same way, and at the same time).

The combination of these principles, among others, led to the generation of specialized spaces for segregation of the child population, in line with the tenets of modernist pedagogy. If at the time that meant something innovative, today these spaces display their conservative force.

It is within these coordinates that the last generations built the experience of inhabiting a public space for the first time, to read how the positions of authority materialize in space. The cultural and subjective effects of this ‘silent form of teaching’ (as Agustín Escolano Benito calls it) that the school architecture conveys, is perhaps the main reason why the school space resists being re-thought.
Hence, rethinking those spaces is imperative today.

Our initial proposal - to address a global draft to expand the School Building in face of a need for new spaces - has as one of its founding premises: to understand it as a piece of the city.

There is a large threshold courtyard between the city and the school, as well as a new hall on the top floor, a threshold between massivity and containment, a place of relation, a transitional space. It ceases to be a simple element of passage to become consolidated as an explicit support of the teaching spaces, the classrooms. The traditional situation of students lined up looking at the teacher is broken and different ways of carrying out the activities are born.
The school as a threshold, between learning and life. 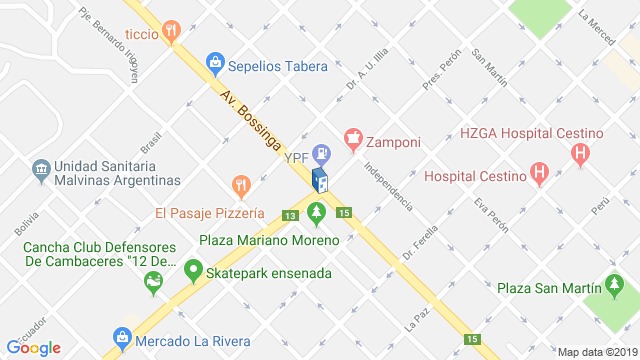