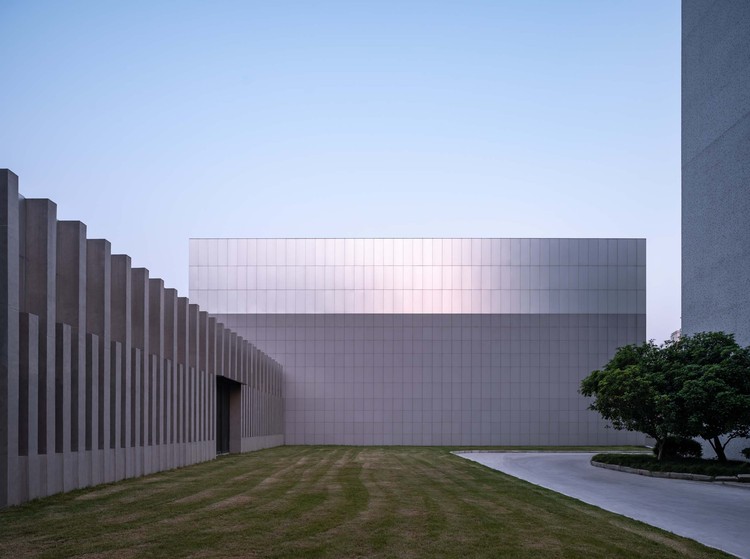 Text description provided by the architects. This project deals with the conservation and extension of Xianghui Hall at Fudan University. Xianghui Hall is located at the conservation area of Fudan University. It is a key historical building, which witnessed the development of Fudan University and held many academic conferences as well as political meetings including the visit of the former US president Ronald Reagan to China in 1984. It is also once the appointed background of the graduation photo of Fudan students. However, as time goes by, it has lost its original importance. Except that the second floor still acts marginally as the ceremony hall, the ground floor has become the place for storage, renting facilities and retailing. The conservation of Xianghui Hall is intended to reveal its historical value, use value and cultural value.

On the other hand, the capacity of Xianghui Hall can no longer match the requirements of modern day theatrical buildings. The extension is a multi-functional theater with 751 seats, of which the Xianghui Hall works as the vestibule. Together, they form a brand new ceremony hall for Fudan University. Under the condition of harmonious co-existence, the original Xianghui Hall and the extension not only function as theater, conference hall and academic reception, but also preserve the old layout of Fudan University, thus representing an old memory.

The extension appears as a simple rectangular box. However, it is not meant to achieve modernism’s universality but to respond to the local environment. In order not to destroy the historical spatial arrangement, the main volume of the extension sinks deep down so that the height of the roof would not surpass that of Xianghui Hall. Besides, the simple volume contrasts with the comparatively rich decorated old building. Its geometrical volume acts as a background for the historical building.

The program breaks the tradition of performing building to arrange a clear function division as vestibule, auditorium, and stage. Instead, through an understanding of the roles played by the old and the new building, performing space, exhibition space and communication space is allotted to various parts and is meant to connect the two buildings by use. Various functions are highly connected so as to form a composite complex.

Xianghui Hall is located in the historical area of Fudan University. It is surrounded by many neighboring historical buildings. The extension employs simple and geometrical form, covers it with grey ceramic plates and uses bare concrete as the interface of the garden. In this way, it means to intervene the historical environment with limited ways and inherit the spatial context with contemporary architectural operation. 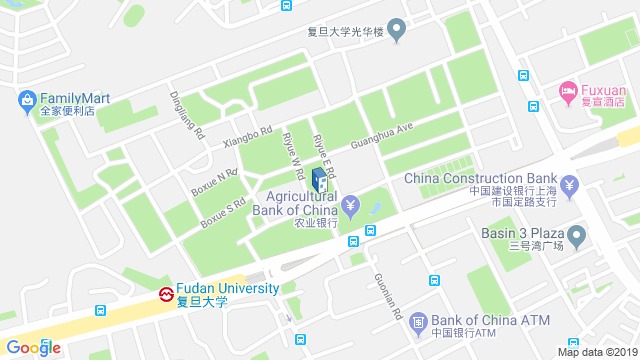 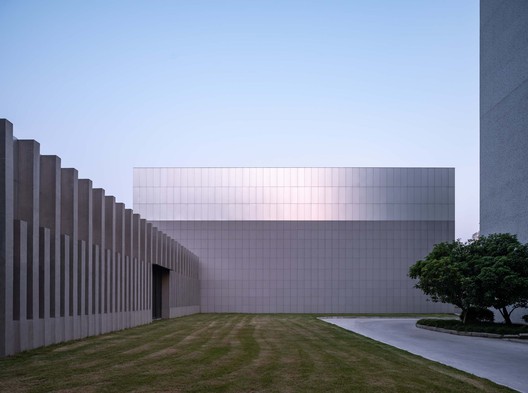