London/Malta-based Mizzi Studio, led by founder Jonathan Mizzi, are at the forefront of the growing trend of micro-architecture. As exemplified by their recent commission for the design of nine kiosks across London’s Royal Parks, the firm has a passion for the fusion of craft and technology, and in particular, the large, invisible forces of economy, sustainability, and psychology that converge on such small spaces and structures. 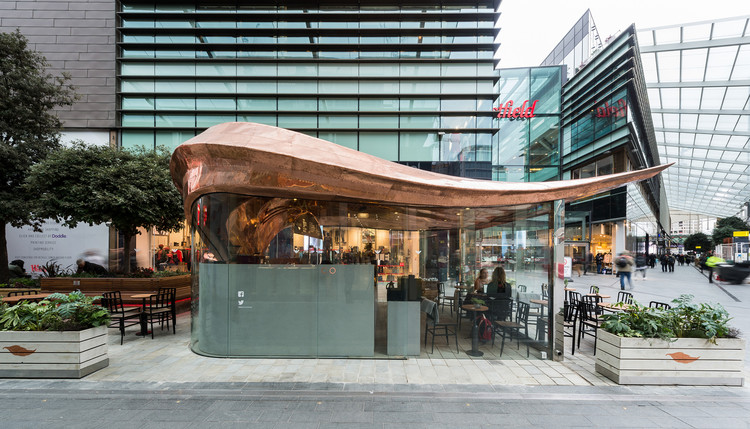 Jonathan Mizzi: I come from a mixed background of academia and practice. During my university years at The Bartlett (University College London) and the University of Southern California, I developed a fascination with film and motion. In fact, I was not originally set on becoming an architect, but was instead inspired by science fiction, an arena not bound by the constraints of reality. In time, however, I found that I wanted to make something tangible. After working in Foster + Partners and Jason Bruges Studio, I founded Mizzi Studio in 2011 as a holistic, multi-disciplinary studio, merging architecture, interiors, industrial design, and product design. We landed our first commission seven years ago: The Pheasantry Welcome Centre in Bushy Park, London. From this big opportunity, which encompassed renovations to an existing building as well as a new extension, we have grown from strength to strength.

AD: What inspired you to specialize in designing tiny structures?

JM: Interestingly, as well as being our first commission, the Pheasantry Welcome Centre was also our largest; a 400 square meter project including a 150 square meter extension. In the studio, we work across all scales and sectors, but recently we landed a commission for the Royal Parks; a series of small-scale interventions and kiosks. From that process, we have developed an expertise in that area, and an ethos of designing “better” buildings as opposed to “bigger” buildings.

AD: What do you believe is more exciting about designing a piece of tiny architecture, versus a medium or large scale building?

JM: There are certainly advantages to designing at a smaller scale. As a young practice, we find it harder to procure larger commissions, so operating at a smaller scale is more feasible. Part of the excitement of designing smaller buildings is the ability to engage with prefabrication, automation, and fast construction, during both the design process and the actual realization of the project. In addition, we also find that at this scale, budgets are more easily managed. We like to challenge our clients to create spaces that stand out in the public realm on a normal budget. Taking advantage of automation at this scale has certainly made this more cost-effective.

AD: In contrast then, what are the challenges of designing at a smaller scale?

JM: There are indeed unique challenges. Aside from the larger budgets for larger projects, there is also a greater onus on the architect to oversee most aspects of tiny building construction. While the design and construction of a large building involves many consultants and specialists, architects designing smaller buildings do not have the protection of surveyors, contractors, etc. There is more liability for us. While the process of designing a smaller building is exciting and fulfilling, the industry is not quite there yet from a contractual and financial perspective.

AD: Your architecture is a fusion of craft and technology – what do you believe the future of that relationship will be, as we see the construction industry becoming more automated and tech-driven?

JM: We are very passionate about retaining the human element, even within a process guided by technology. Zaha Hadid was always an important influence for me, with dynamic shapes generated by computer-led design. At the other extreme, I see Gaudi, and his mastery of craft and human connection. I see Mizzi Studio as sitting in the middle of these two extremes. For example, in our Colicci Café project at Westfield Stratford, we took an 18th-century sheathing technique and combined it with computer-aided design to create a bespoke jigsaw of 542 copper pieces that were assembled by hand with a pneumatic gun and 20,000 rivets. We see this relationship ultimately as the use of technology to support and facilitate the human element in a modern context: a marriage of old and new, manual and digital.

AD: Tiny Architecture is becoming very popular amongst our readers, and the public-at-large, with a surge in TV series and video channels on the subject. What do you attribute this popularity to?

JM: I believe there are a number of factors. It is a combination of urban densification and soaring house prices. As a result, people are turning to micro-homes, which are smaller, easier to tackle from a construction perspective, and easier to manage from a living perspective. This is particularly true for the residential element, though commerce is perhaps different. Homes are very personal, so people are questioning why they should leave it to someone else, like an architect.

AD: You mentioned a divergence between the future of tiny residential and tiny commercial architecture, could you elaborate on that?

JM: I find there to be an intriguing difference between the two. As we discussed, homes are profoundly personal, individual, and focus on the personality of the inhabitant. In commercial architecture, it is massively important to bring people together. From an economic perspective, it is also important to stand out on the high-street. Architecture plays a key role here, applying creative skill to create a final result which is engaging for consumers and citizens alike. For example, our Royal Parks kiosks are statement pieces designed to stand out. I often compare it to flowers in a meadow. Every flower is competing against each other with scents and decorations and patterns to attract the bee!

AD: Do you think that perhaps this smaller scale might be part of the answer to the changing nature of retail in cities?

JM: There is a widening gap in the retail world. There are online superstores that sell everything, and then there are out-of-town malls, that offer a day-out experience. For the traditional urban retail model, with medium-scale shops occupying areas of high rent, it is becoming impossible to compete with the convenience of Amazon, or the economical “day out” experience of Westfield. The pop-up typology creates spaces in cities which have lower leases, and more room for variety and change. In an age where consumer trends, demands, habits and expectations change at unprecedented rates, pop-up and micro architecture offer an avenue for retailers to keep pace with their architecture, as well as their products.

AD: What do you believe the role of the architect will be in the future of tiny architecture, given the uptake in “DIY architects”? Where is the architect’s value?

JM: Even at a time when tiny architecture is becoming a DIY experience, I believe that architects have unique experience, and a unique creative vision that comes from constantly tackling these roles. The commercial typology, even at a micro-scale, is a combination of emotional, economical, and creative forces all converging in a single element. Architects are uniquely placed to carry out this role. At the same time, the residential market is moving more towards “DIY architects,” and it is clear that the chalk-and-cheese approach of developers is not good enough anymore. Your house is your space, it is your personality. This is not to say that there is no room for architects in this process. The personal, private, micro-scale personality of the house can be merged with larger-scale services we all share. This is the power of the co-living model, where shared amenities such as bars, gyms, and terraces are balanced by private personal space. There can absolutely be a symbiotic relationship between micro and macro, between user-designed and architect-designed space.

AD: Is there a particular tiny structure of yours that you are most proud of?

JM: The Royal Parks commission, with our nine kiosks and Serpentine Coffee House, is important to me. Kiosks are one-off, the smallest structures you can get. But while small, they are important in daily life, whether it is grabbing a newspaper on the way to work, or a coffee at Paddington Station, or flowers for a loved one. The brief for the Royal Parks was for a family of individual but interconnected elements, and just as the Royal Parks exist to enrich the lives of Londoners, it is a great honor to be asked to create an architecture which works towards the same goal, that puts a smile on faces. It was a great moment for us.

AD: Finally, what is next for Mizzi Studio?

JM: As a studio, we are growing up. We started with the mission of making fantasy a reality. Now we want to investigate the social, cultural, and environmental impact of architecture in the public realm. While we still have a passion for micro-architecture, we are also attaining a diverse set of commissions for larger-scale pieces, and other projects such as working with the government of Malta to design a new fleet of electric buses, not dissimilar from the Heatherwick commission for London buses. We are also very excited about new hospitality projects, revolving around gyms and wellness. We believe that the core ethos we have grown in our initial work in micro-architecture, and its intersection with people, the environment, craft, and technology, will translate well as we grow a diverse portfolio for the future. 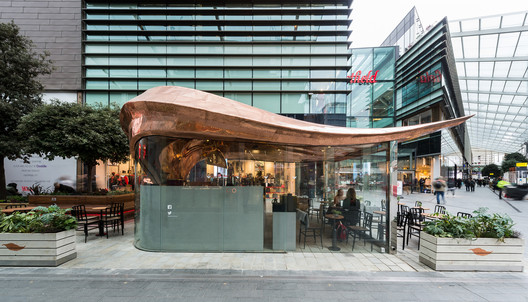