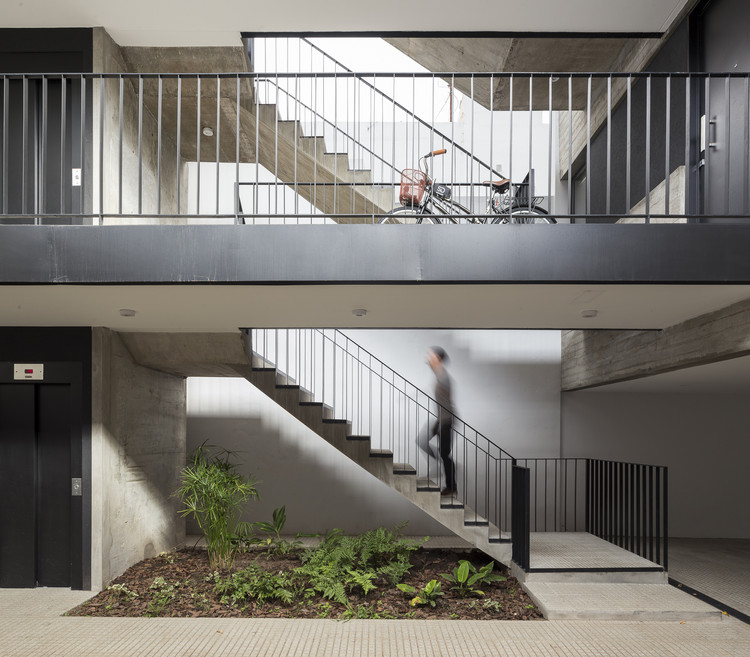 Text description provided by the architects. Donado 2325 is a multifamily residential building located between two blank walls, 8.66m front by 32m deep. This particular lot presents the building code r2b1, and is located within the new Donado-Holmberg corridor, an area characterized by low density but which has grown significantly in recent years.

Although from the side of Holmberg the code proposes a wide withdrawal, generating a linear public park, the facade on Donado has other characteristics, so it was decided to build on the municipal line, respecting its immediate context and giving continuity to a front and consolidated.

The ground floor is released to generate access, common spaces and parking, while seeking continuity with the public space. The materiality of the microperforated sheet access gate, which gives some privacy but at the same time permeability, and the material continuity of the sidewalk floor are two aspects that reinforce the idea of ​​prolonging the public over the private.

The vertical nucleus, the open air circulation on the walkways and the accesses to the different departments are given by the central courtyard, the main protagonist and lung of the building, generator of encounter and exchange between neighbors. Its large dimensions ensure good ventilation, and give privacy to all units. The building has eight units, four studio apartments and four of three rooms, the last two with their own terrace. All are arranged with the kitchen facing the patio, generating cross ventilation and visual continuity.

From the aesthetic point of view, it was sought to give it a strong character leaving the concrete structure in sight, combining it with a sheet metal enclosure, flexible on the facade, giving the possibility of opening and closing, becoming blind in the bedroom and permeable on the balcony. This enclosure aims to generate a security closure on the street and sift the light coming from the west, while giving a different image to the facade.

The project was designed in collective terms, where vertical core, walkways, common spaces and courtyards are part of a mandatory route that make the user not only inhabit their home, but also travels and contemplates the building as a whole, promoting the meeting, community life and generating a sense of belonging. 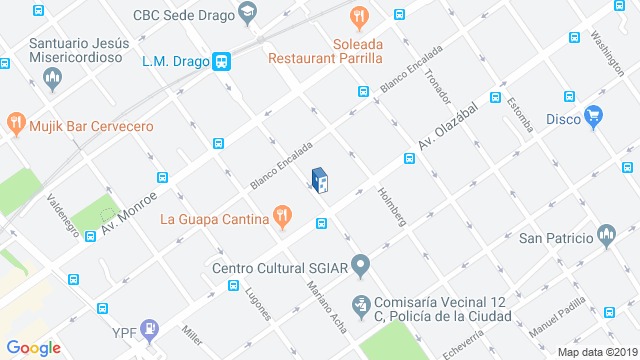 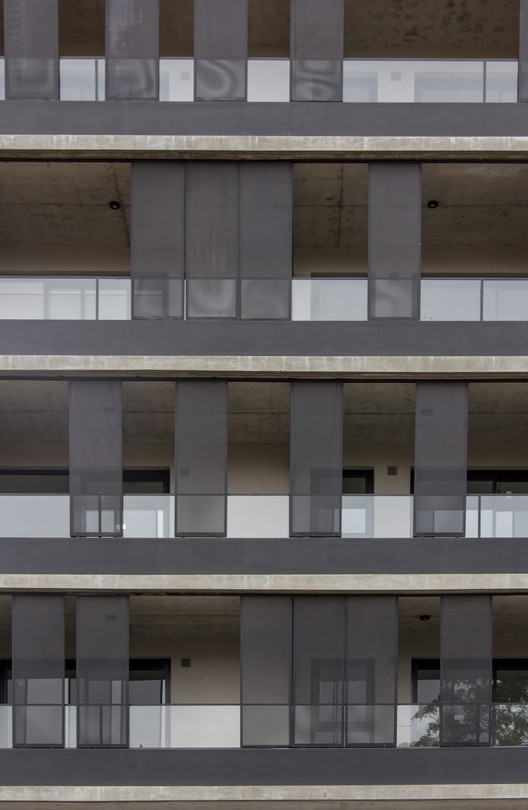 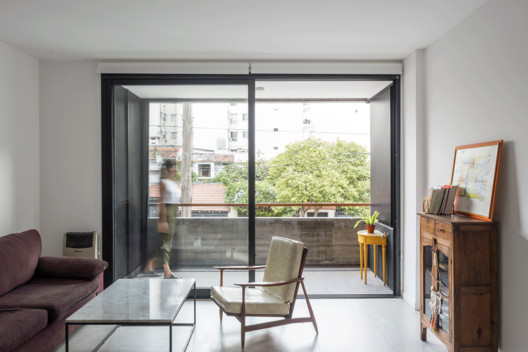