The history of concrete dates back to ancient Rome, approximately 2,000 years ago. The so-called “Roman Concrete” is composed of limestone, volcanic ash, and seawater and it permitted the construction of aqueducts, highways, and temples; many of them still stand to this day. Some time ago, this original mix was discovered to form a mineral called aluminum tobermorite, which gets stronger as time goes by. 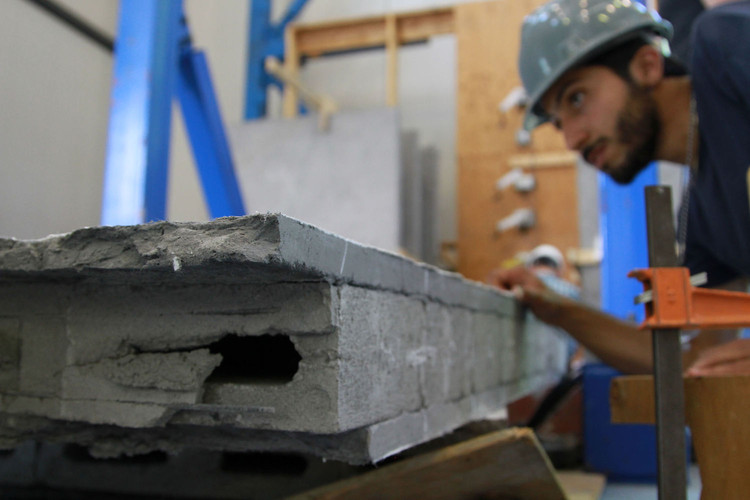 Since then, concrete has undergone various innovations. The base product is Portland Concrete, which is made of calcareous stone heated to 1,450ºC and was patented in the 19th century. It is worth mentioning that pure concrete is naturally brittle. It was the French gardener, Joseph Monier who developed reinforced concrete by combining the traction resistance of metal and the compression resistance of concrete, thus being able to withstand heavy loads. This way, the correct mix between concrete, sand, gravel, and water with the adequate metallic framework has made it possible to build solid and resistant structures for decades.

Although past records show that Romans already used horsehair to reduce fissures and cracks in their structures, the incorporation of fibers in the concrete mix without the need of frameworks only started being tested approximately 50 years ago in Europe. Natural fibers, metallic (steel), synthetic (polymers) and mineral ones (carbon or glass) are used to this end. They act as a deterrent of cracks in the concrete due to the plastic retraction and the drying process, also reducing its permeability. When the structure undergoes high tension from external loads, changes in temperature or humidity, the fibers going through it create structural micro-reinforcements preventing fissures from expanding. All in all, fibers substantially improve the performance of concretes and mortars under traction and shear stress, normally presenting a low resistance to those.

Using a similar fabrication method, the GFRC (Glass Fiber Reinforced Concrete) consists of a mortar made of concrete, sand, alkali-resistant glass fiber and water. Plasticity is one of the main qualities of the material, enabling molding of facade panels precisely following the architectonic design permitting the production of slenderer thus, lighter pieces. For example, this is the material used in the coverage of the Heydar Aliyev Centre by Zaha Hadid Architects, and it is also still being used to implement the complex forms of Gaudi’s Church of the Sagrada Familia.

Some companies have already developed products that take advantage of the properties that fibers have in concrete. Besides facade panels and furniture, the applications of fiber-reinforced concrete strongly associate to works of basic restructuring and transport, such as paving and tunnels, also in rigid soils, industrial floors, hillside containment, and structural reinforcement. It is worth mentioning that despite its integral application; the material requires a rigid laboratory control and accurate technical knowledge for its production.