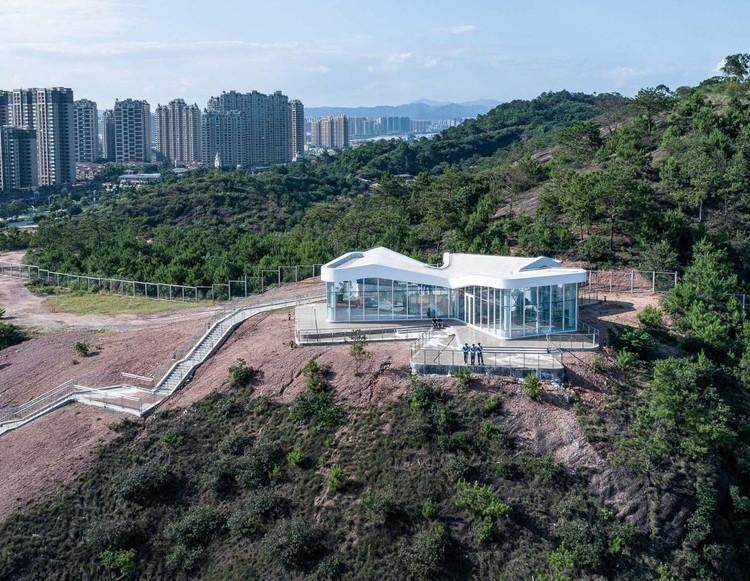 Text description provided by the architects. When people in towns yearn for livings in big cities like a flying kite, the "self" is the string of the kite connected to the ground. It refers to the long long years of school, of which shapes you no matter where you are. In a fast-paced society, under the doing of prototype trimming and modelarization in architecture, schools are similar to each other. Four people in a dormitory and forty-five people in a classroom, school life remains unchanged like these rules of standard. As we walk into a Starbucks in a completely unfamiliar city, we blurt out a cup of mocha frappuccino without checking the menu. Similarly, wenever have too many memories more than the neat white teaching buildings, the barren football field, for the second "home" before adult. The school lost its locality as a field.

We put a catalysts in the senior high school of Heyuan, Guangdong Province, expecting a positive regional change in this practice. It is a hidden plan against the life of fixed-point courses. It attempts to break the barrier of high walls away from the nature. Not like a classroom full of desks and chairs, the small house half hillside could be anywhere you want to be: community rehearsals, art exhibitions, reading space, even a place to watch stars and house lights. It never lacks a classroom or an office room in school, but a place for idle and quiet thinking.

The best travel notes of a city are always written by visitorsof novelty and awe. People in the city admiring the quietness of the countryside, the other living in the countryside take the gift from the mountains for granted. The earliest mountain roads were formed by human, step by step with the awe for the land and curiosity for a better scenery.

The design is divided into two parts, the climbing stairs and the hut. Each stair cause excitement and exhaustion to the body as mountain provides a cooler breeze for the feedback; Every corner of the platformindicate places of different distances and directions, the city shows variety scenery in different heights; Eachlow walls, twisting and rolling as follow, reflects the mood of the journey.Blocking, emerging, until you see the the brightest moon up in the sky. The road is no longer a connection between plot A and B, but a prelude entering the cottage. Because the lengthens of time and space, every moment before arrival is full of expectations until you enter the cottage.

The aesthetic guided by the concept of man-made landscapes respects the original landscapes while also brings new feelings between inside and outside.The curved glass without edges and corners sheltering from wind and rain, seem to be part of the mountain. The inspiration comes from a drop of water that falls into the mountain, naturally extended a long boundary, maximizing the integration of the mountain. People between the concave and convex, can enjoy the scenery of mountains and towns at the same time.

It is a duty of architects to control "complete disorder" in "organic order", to think about the rationality, to imagine precise scenarios of using. The approximate Y-shaped planforms three small spaces, which are inseparable, and also provides  one space of centrality with a sense of security.The comfortable arc-shaped steps are placed in the corner. Imagine a situation like this:

Everyone was given a challenge in the central space, then disbanded. The groups discussed while inadvertently turned their heads across the curved glass and sawt other groups seemed to have conclusions. That would be a brand new feeling out of regular class. Of course, there are many other uses. The hut only provides an atmosphere of the place, leaving for users to decide how to use. The concave and convex of the free plan has invisible lines of space feelings. Gathering, dispersing, staying and moving, people will adjust to the most comfortable state under different purposes and different numbers of themselves. Partition WALLS were not arranged.No more sayings as "here and there are completely isolated" are needed, just refer to the WALL between school and mountain.

Steps are undoubtedly important when focusing inside. It shapes the secondarylayer of landscape and blurs the boundaries of floor, wall and furniture. This also reminds to the attitude above. There is a saying of "taking sky as the cover and ground as the bed" in the ancient book‘Huainanzi Yuan Dao Xun’. The cover and the bed were one. Later on, people think ofground against insect, walls as the windshield, top as the rain shield, so architectural elements were distinguished. The staircase in the practice is an attempt of returning to the past. What is ground? What is a wall? The arc cob wall, which was not technically advanced long ago, changes to glass arc wall with modern technology. The felling of a space may be unfamiliar but the awe to the land remains the same. 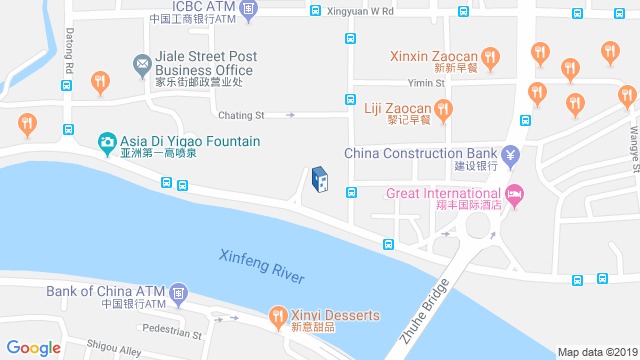 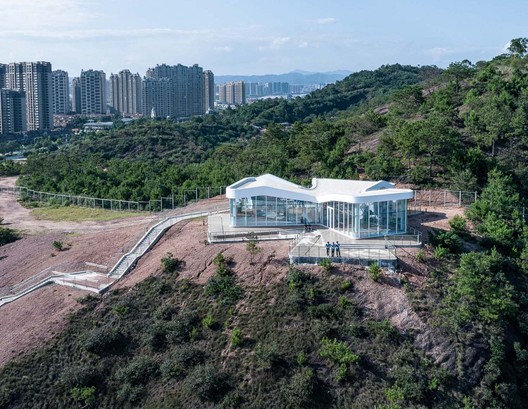