Save
The Deformed Roof House of Furano / Yoshichika Takagi + associates 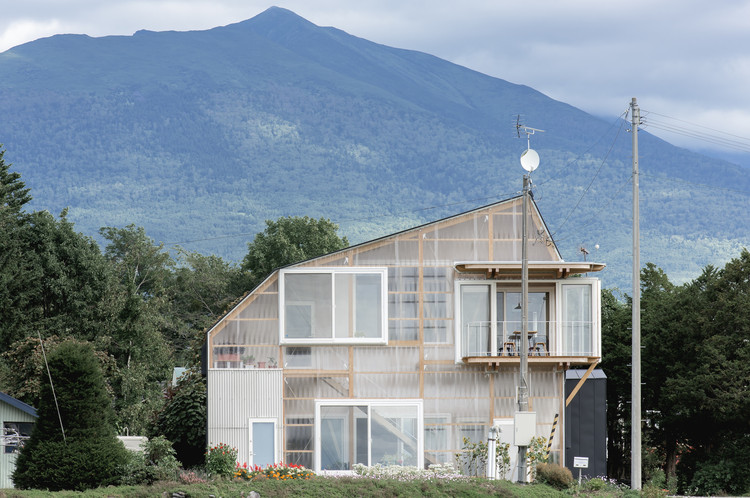 Text description provided by the architects. This plan is to renovate a house, built in 1974, into a two-family house. Its’ current figure is a result of going through extensions and reconstructions twice. Housings such as these which are called “Deformed Roof” houses, can be seen often in Hokkaido, but is difficult to call them beautiful, and cannot be seen out of Hokkaido. It could be said as a vernacular and anonymous kind of design.

Looking back on the modern history of “Minka” in Hokkaido, the style of “Triangular Roof” houses was established in the period of 1950’s~1960’s. The period of “Deformed Roof” houses followed that, and lasted for about 10 years after the 1960’s. When researching about the reasons of the style change, it is possible to assume by circumstantial evidence, but cannot reach the most important point, which is the motive.

Considering from a different point of view, such as human history, it can be outlined by saying that it is mannerism, which is defined as a divergence from the legitimate style, and a concept that humans repeat historically, rather than a “concept of an independent style”, such as Renaissance style. Like the relationship between modern and post-modern in history, to place “Deformed Roof” houses towards “Triangular Roof” houses would not be so inexplicable. The base of this plan was to pass this “Deformed Roof” house, which can be said as a conceit in Hokkaido “Minka” history, down to the next generation.

The house was renovated so that the parent household would be on the 1st floor and the child household on the 2nd floor, and also extension was done to fulfill the necessary rooms. Since insulation improvement and structural reinforcement was also required, the house was disassembled to its’ frames, and was extended for 1 “ken (a Japanese unit, 1 ken=1,820mm)” on the gable end, tracing the form of the deformed roof.

The extended part softly connects the parent household and child household, and also functions as a share unit with an agricultural greenhouse-like nature, possessing features of a terrace, windbreak room, and an all access area. It is also a “doma (dirt floor)”, which is essential for farmer households in Japan, and is also a cross-section space for work and living.

Extension cost was reduced by making it a half-outdoor space. In the structure of the extended part, a pillar is placed by 105×180＠1820, and by receiving the wind pressure resistance by the longitudinal pillar, the horizontal member was excluded. By layering the plan (rather forcefully) to the decided construction design, a misalignment arose in the terrace and opening, which led to the appearance of an upgraded manneristic dimension.

Triangular Roof houses. The features are 1) concrete block constructed, 2) the living room placed at the center, no corridors in the floor plan, 3) the roof built by wood by gradient method and sheet-metal finished, in order to make it easier for the snow to fall off. The background for such features is that in order to get financial aids, the house had to be built following the “Hokkaido Cold-Proof Housing Construction Acceleration Ordinance (established 1953) . By following the ordinance, houses were placed at the center of building sites, creating beautiful streets with a kind of rhythm in the homogeneously divided residential lots.

Deformed Roof houses. There are several patterns in the shapes of “Deformed Roofs”, and all are roofed by sheet-metal. One of the reasons of modal alteration from “Triangular Roofs” is that the range of financing was expanded to wooden houses, allowing more freedom to the design. Another is the advancement of sheet-metal technology, which made it possible to build roofs in a more complex figuration. Nonetheless, it cannot be expressly said that that the driving force of this design is the technical improvement of “Triangular Roof” style. 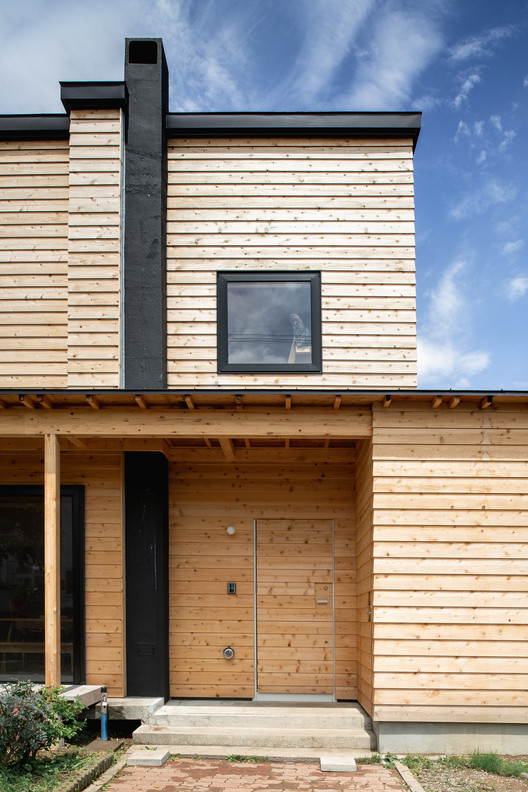 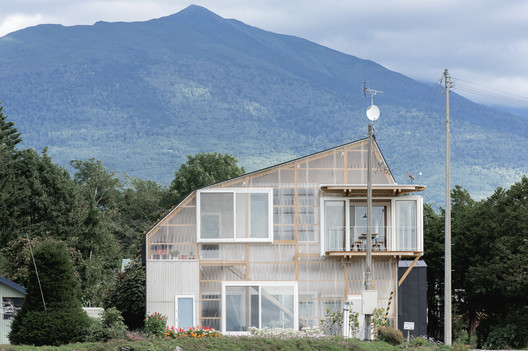