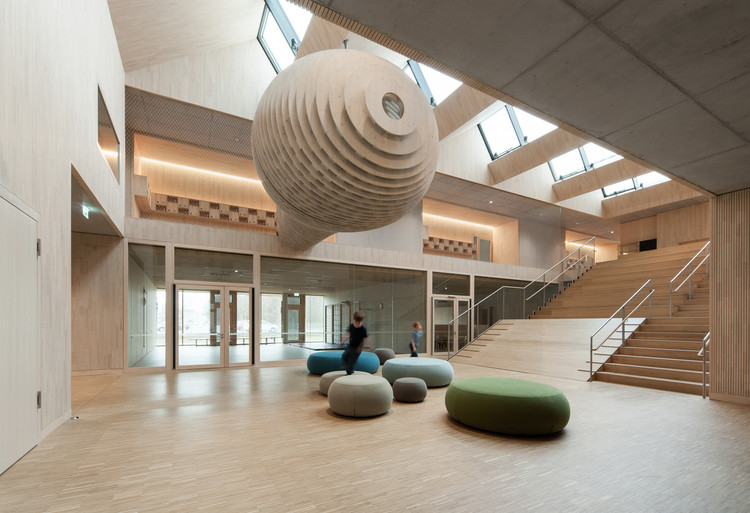 Text description provided by the architects. URBANISM. As a compact two-storey building, the Kindergarten blends self-confidently into the heterogeneous surrounding. To the south, the entrance façade strengthens the character of the street space by adopting the existing building lines in the east. A generous green ramp in the north links the upper floor directly with the landscape of the Riedlepark.

ACCES. The new kindergarten is accessed from Margaretenstrasse by a covered entrance area. A wide, tribune-like stair connects the foyer, the forum on the ground floor with the group rooms on the upper floor. On the north side, the children on the upper floor reach their outdoor play areas the same level via the landscape ramp.

ORGANISATION. The Kindergarten is organised on two levels. The upper floor is dedicated exclusively to the children's common rooms. Oriented to the east and west, the group rooms are arranged along a two-storey, cenitally lit hall.

The access areas are rhythmisized by niches in which the wardrobes and accesses to the group rooms are located. The transparency and openness within the storeys create varied contact and communication spaces for children to interact with each other.

The airspace of the central hall is inhabited by a wooden corpus, the so-called Cocon. Due to its organic form, it stands in contrast to the clear geometric design language of the rest of the new building and serves as a place für retreat.

On the entrance level, the "public" functions are grouped around the central forum with multipurpose and dining rooms as well as theme rooms and administration. 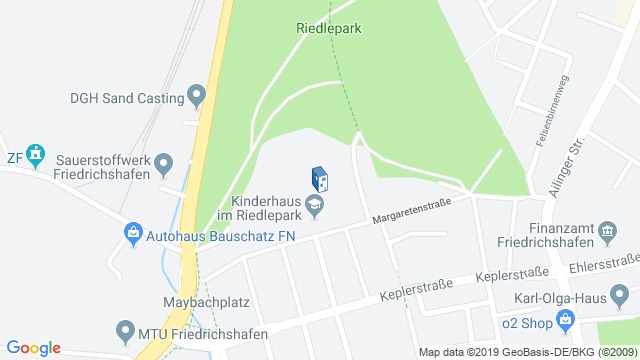 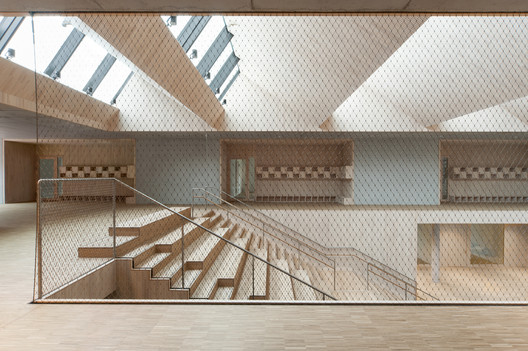 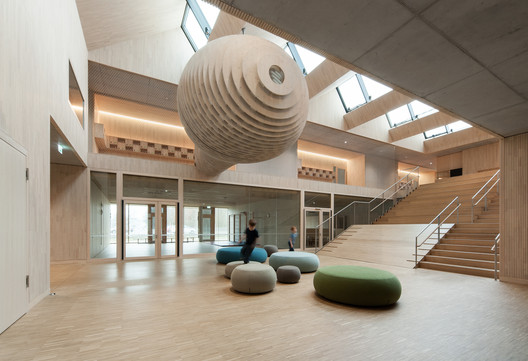