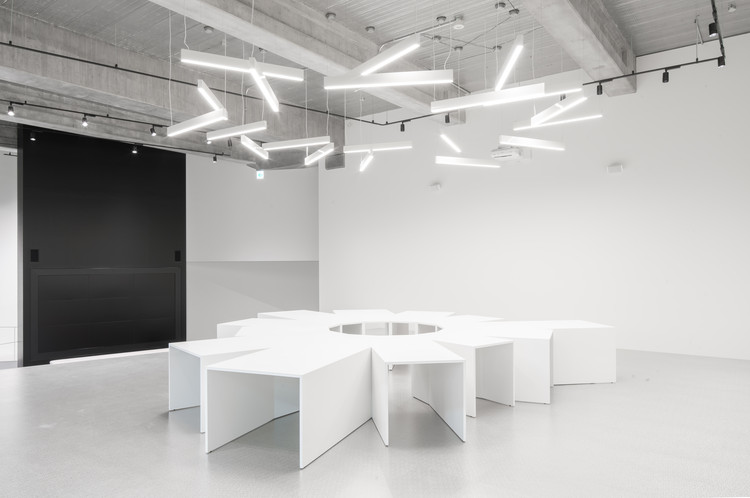 Text description provided by the architects. Bureau 0–1 designed a showroom to experience firsthand the futuristic logistics center in which robots and people work together. This facility is located in a gigantic distribution depot that opened in April of 2018 and operated by Daiwa House Group. [Opened in June of 2016, DPL Ichikawa is the distribution depot located in Ichikawa, Chiba Prefecture.]

Nested in the depot with its rough, industrial aesthetics, we created a new world that begins with the carefully choreographed circulation, and eventually, leading up to the meeting space from which you can see the futuristic distribution system. Under the design concept of “Tectonic,” we sought to design a space that evolves with the systems, technology, and people who work there, and can transform over time.

Japan is at the cusp of inducting a new logistics system. This project endeavored to capture the sense of excitement and exploration at the beginning of the new era of evolving logistical technology. The space is designed in a way to experience firsthand this experimental system. One of the ways this elation gradually builds up is by the design of circulation system.

From the entry hall, the visitors gravitate through a narrow corridor, articulated by a slightly bent wall. On the left, a band window opens up the view to the canals leading into Tokyo Bay. As you go on and step into a dimly lit interior of the depot, the new scene exposes a six-meter height industrial space juxtaposed by the breathtaking series of “folded walls”. This space was generated by systematically shifting office spaces, and as the result, the sequence is characterized by this dynamically undulating wall increasing its amplitude as you progress.

Turning the corner right at the end of this corridor, you are welcomed into a space called the “plaza,” where you can interact with the nine-monitor display system and various technological components. Going further, the spatial climax is the observation platform 1.4-meter high. From behind its glass wall, you finally grasp the expansive entirety of Intelligent Logistics Center PROTO.

While Earth appears to be immobile, we know that it is constantly flowing in a dynamic flux. Architecture is also inherently thought to be static, but here, we strived to infuse the sense of movement governed by an unseen rule. While this space and program is experimental and prototypical in spirit, it was also imperative to have a clear mid and long-range goals. We can imagine this facility’s working-style, people, system, and technology to evolve over time. As such, the space is designed with tolerant margins to accommodate any future physical and software developments. During the design phase, we were careful to create a space in which parts-to-whole relationship would engender a well-balanced reciprocity — a house-in-house composition and the rule-based folding walls leading to the observation platform. 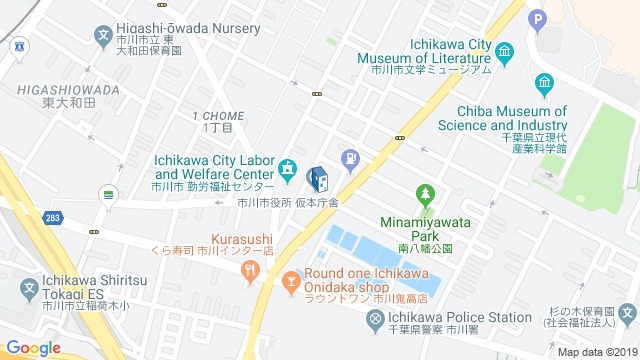