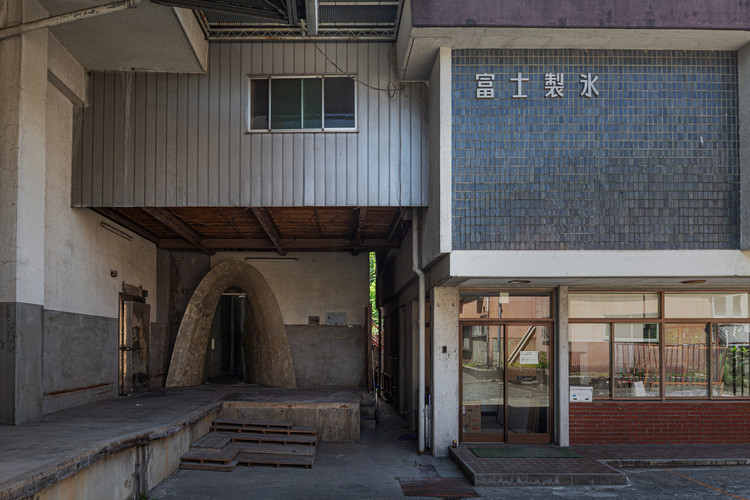 Text description provided by the architects. The Gallery. We converted an icehouse (“himuro” in Japanese) that stored ice made at the former Fuji Ice Factory next door (which we renovated into office in 2015) into a gallery. The gallery has been designed for exhibitions (e.g. an exhibition of new works of locally produced textiles) and free use by artists staying under artist-in-residence programs. The concrete walls of the himuro had been insulated with styrofoam of about 20cm thick, lined with 6mm plywood with cedar duckboards attached onto it. Abundant styrofoam insulation was very beneficial for the conversion. In addition, we decided to use the duckboards as they were as the makeup of the interior, and we repaired the parts where they had been destroyed or lost. The himuro was divided into five chambers by concrete walls, four of which were connected through small doors.

This time, I wanted to visualize the flow of people moving around the four chambers by applying my architectural concept of “flow and stagnation” that has been taking form in the last few years. We came up with a tunnel-like passage with catenary curves in a cross-sectional view and a starfish-like (i.e. four radiated arms) figure on a floor plan, which is built with FRP (fiber reinforced plastic). Unfortunately, we could not find a company that could produce a shape like this, so we decided to create it by ourselves. We made a mold with plywood and styrofoam, applied coating for exfoliation, placed a glass fiber sheet, and applied plastic resin. It took about three months to complete. This FRP tunnel is the visualization of human movement and, at the same time, gives you a feeling as if you are walking through the river-bed water of Mt. Fuji.

The Residence.When we converted the icehouse to a gallery, we also renovated a vacant house next to it into a short-term residential space. The existing building had a wooden interior nested inside concrete frame. We tried to reconstruct the relationship among three different components (RC, wood, and white wall) by leaving the wooden interior in one area, stripping it off in another, and adding white walls in the remaining area. As a result, we created three areas of different atmosphere inside this small house, with each area fulfilling required functions respectively.

At the same time, we wanted to create an impression to the sojourners, through their experience of moving around inside, that this house as a whole is a continuous body in which each part is loosely connected. We tried to achieve this by creating conditions where the textures of adjoining areas do not appear completely disconnected but slightly overlapped (for example, a small area of existing RC walls on the second floor can be glimpsed from the white-walled living room on the first floor, plywood flooring on the second floor is extended to the footplate of a staircase down to the first floor, etc.) 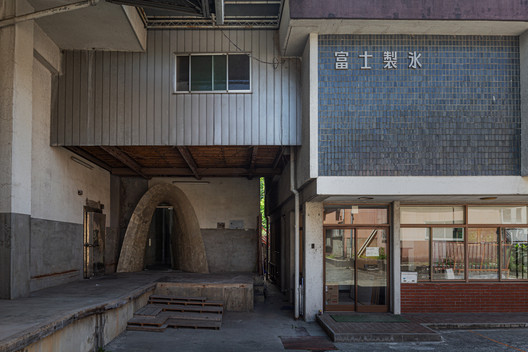