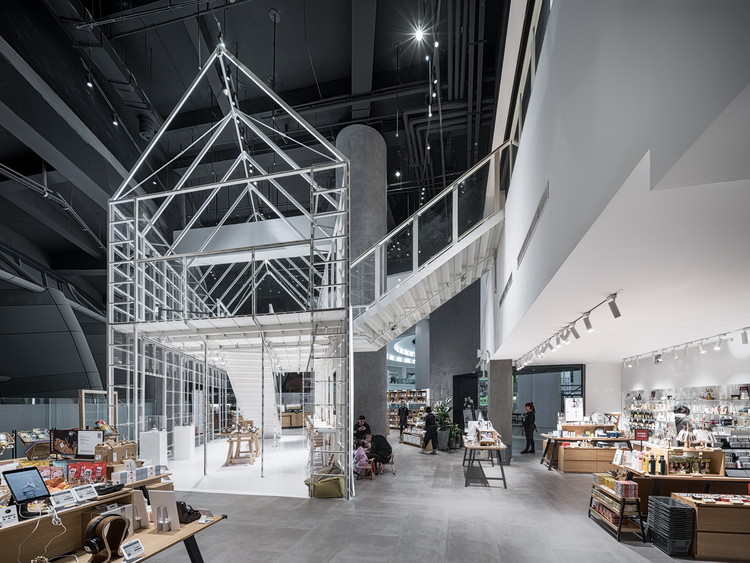 Text description provided by the architects. September 22, 2018 witnessed the simultaneous opening of three offline new retail stores of Yitiao.tv in three shopping malls in Shanghai, followed by its ranking the No. 1 on the list of the most popular household commodities in Shanghai (from dianping.com) one month later. The concept of new retail was proposed by Jacky Ma in 2016, which was supposed to be the outcome of the combination of online, offline retails and logistics. Because the benefits arising from the Internet demographic dividend to the natural fans growth of e-commerce will hit a bottleneck over time. Under such a circumstance, Yitiao.tv decided to shift its business to offline markets, just as what the founder of Yitiao.tv said in an interview, “According to my personal estimation, the cost for getting a loyal customer through offline retail is only 10% of that through online retail”.

As to the new retails, the most important task of offline shops is to acquire new customers and coordinate with the online retails in the pursuit of the highest repeat customer rate. And eventually, the total profit from both online and offline retails based on such high repeat customer rate is what the new retail is distinguished for. Therefore, only when we understand the disparity between the new retail and traditional one, can we successfully design a correspondent offline space or experience. To achieve the traffic increase, offline shops can rely on two approaches, opening all paths for traffic or creating attractive scenarios for experience (a start point for repurchase through QR code scanning).

Increase paths for the traffic
Challenges
The Xinzhuang Store is situated at the 3rd floor of a shopping mall, where used to be a restaurant. The entrance is very narrow, only about 1 meter wide. And the facade facing the center of the shopping mall is a dim metal curtain full of oil stain and dust. Such location and entrance is none other than an adversity to a retail business. Another problem is that the store is of a loft structure, but the upper floor has no direct access to the 4th floor. As a result, customers have to reach the upper floor through an inner staircase. Even worse, the upper floor of 300m2 in total is divided into three large and five small rooms connected by narrow passages for only one person. All the difficulties strictly limit the traffic increase which the new retail most concerns.

Strategies
To solve these problems, our strategy is to add 6 devices, increasing traffic through opening all joints. The first device is “Yidatiao” (a distinctive structure), which helps to create a whole image. We expose the inner space by removing the metal curtain and build an architectural installation combing stair and shelves. This structure, also functioned as a display shelf, is quite eye-catching under the delicate light. Customers in the atrium will be attracted firmly and continue their ventures to the upper space through the stair-like structure. This structure made of simple and light-weight flat steel is an outcome of over 10 rounds of discussions. Such a light steel structure is fully designed from its structure to small decorations, not only presenting a style of simplicity but also resulting in notable identity.

The second device is the reform of the entrance. Supported by the client and the business department of the shopping mall, we enlarged the entrance from a one-meter-wide door to a six-meter-wide access with a video installed right above. Together with the first device, the access has contributed significantly to the traffic increase.

The third and fourth devices are two passages recognized by netizens as “Rabbit Holes”. These passages connected the isolated rooms on the upper floor in small architectural shapes. The pink archway was shaped resulting from avoiding those tube wells, walls and beams, applying multiple arches to cover the wide tube wells in the inner side. The white veranda in various widths, originally a kitchen, was designed into a hut in air. The “Rabbit Holes” has emerged as a pilgrimage site for netizens.

The fifth and sixth devices are both canopies of the coffee bar. To attract traffic, the outside seating area was designed into the style guiding the people from the escalator to the coffee bar inside. Meanwhile, the connection of this extension area and the adjacent coffee shop leads to competition as well as mutual support between the new and traditional retails.

Creating experience scenario
The experience scenario must be created with new retail characters
We have summarized the characteristics of ‘Yitiao.tv’ into four keywords, ‘video, master, selection and fast renewal’, based on which, we have designed four scenarios, presentation of videos, interaction with masters, selection and fast renewal of scenarios and goods. All these images aim at the impression that ‘You can fully experience the aesthetics of life just as described in the video’.

Presentation of the video
Videos are presented on screens of three different sizes. The largest screen is arranged at the entrance. Taking the Xinzhuang Store as an example, by combining the video with the expanded entrance, we built a screen of 40m2, which becomes the largest advertisement screen in the mall. The other two stores apply corner screen and TOLED respectively due to the space limitation. In addition to the entrance screen, there is also a large one made of SLEDs on the canopy of the coffee bar of the Xinzhuang Store. It forms a novel scene with the coffee bar, meanwhile providing a visual focus for the queuers. The medium-sized screen integrated with the cashier area. Ten 50-inch screens play the same content about the aesthetics of life repeatedly for the customers in the checkout queue. The smallest one is iPad Mini which is used for a quick introduction of the commodities in the correspondent scenario of main commodities through playing a 15-second video.

Interaction with masters
The interaction area is designed according to the spatial characteristics of different stores. The Xinzhuang Store uses the ends of entire space (the last room accessible by customers on the upper floor) as a display and interaction hall where the vessels made by “professionals” are displayed. Such design is helpful to attract customers to the last room. For conventional stores with wide entrance, we combine the attractive coffee area with book-selling area, equipped with projectors. Such combination creates another compound scenario, where customers can buy and read books, as well as interacting with masters, those idols from videos can now interact with their fans in reality. Meanwhile, those who wander outside can also be attracted as new customers.

Selection and fast renewal of scenarios and goods
As the goods on the online platform of ‘Yitiao.tv’ is refreshed daily, so is the goods sold offline, which is essentially different from the traditional stores with unchanged designs. Because of the relatively fixed commodities, the traditional stores are accustomed to designing the tools (referring to the cabinets, tables and racks used for display of the commodities) suitable for the commodities. In this way, the cost could be amortized over the time. But in case of ‘fast renewal of goods’, retailer needs to make a large number of props, which is difficult to bear either time or cost. So, our strategy is to apply large props for many scenarios, design simple and general props of various commodities while using small ones in a more flexible way to facilitate the changes.

Experience of light and VI
The battlefield of new retail is a battlefield of experience. All visable details should take into consideration.  The light and VI (visual design), their coherence with the design are all of great importance. At the beginning, we considered illumination only for part of the area. With the project going forward, we decided to combine illumination both for the whole area and parts. Because the emphasis of the illumination for parts brings in sense of boutique store, to achieve traffic increase, customers prefer to do shopping with relaxed mood. By balancing the business-style through professional illumination design, both the quality of the illuminated commodities and the relaxed shopping environment can be achieved.

The VI design also weights. As a continuous process, the experience degrades with any missing in design of advertisement video system, product packaging or graphic design like promotion posters, even with perfect hardware and props. After discussing with the client, we decided to remove the outline of the LOGO (round and square shapes), using directly the logo character as the design element. It could not only maintain its distinction but also make it more applicable to various scenarios. For example, we applied it into the video, package, poster and pamphlets and even the small electronic price tag, which was jointly designed by six teams, the whole standard structure is applicable to multiple scenarios.

In conclusion, different from traditional retail business, an offline store of new retail mode aims at high repeat customer rate, therefore, traffic increase and transformation are key for design. The logic for the new retail space strategy is that all the space design is carried out for the scenario. All the scenarios come from the traffic-based experiences, and all the traffic are related with the conversion rate. Meanwhile, in order to provide better experiences for the customers, the designer should not only build good spatial quality, but also combining the design of space connection, decoration, illumination and VI to achieve continuous and integrated experience.

Finally, there is another impressive thing worth mentioning, the speed. As the new retail originates from E-commerce, the emphasis of speed required by the internet industry is also implemented in the design and construction of offline stores. Within 4 months, three stores covering nearly 1000m2 and a modular pop-up shop are designed and opened, which seems to be almost impossible. Thanks to the highly close cooperation of the design and construction teams and the owner, yet it is absolutely not an easy job to present the new retail space in such a perfect way eventually. 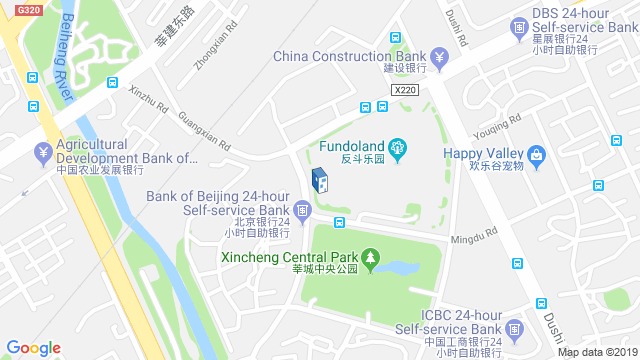 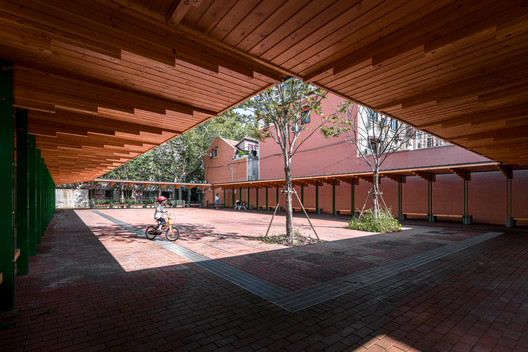 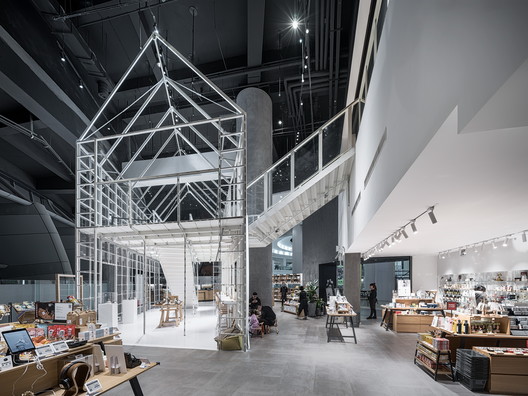