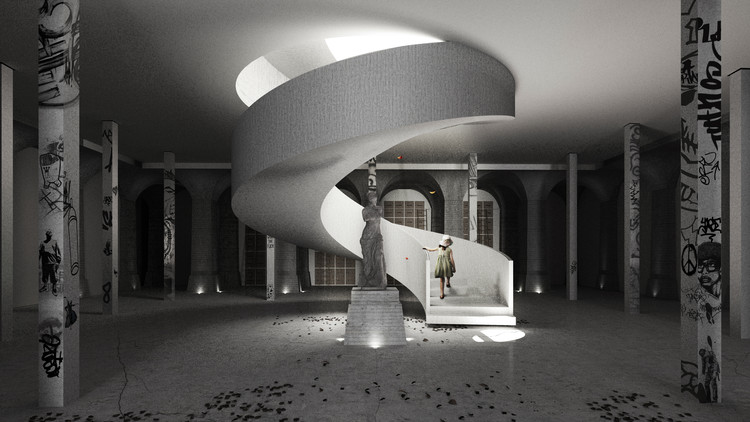 In their recently completed thesis project, Sebastian Siggard, Neemat Azizullah, and Thomas Ron propose the revitalization of a 19th century Parisian water reservoir into a new cultural hub. Addressing growing social issues and inequality across Europe, the project, titled “New Parisian Stories,” promotes social interaction in an effort to create a more integrated and cohesive society. Two primary questions motivate their design: With the 2024 Olympics games coming to Paris, what role can architecture play in capturing the opportunities and potential of such events? And how can architecture better the lives of those lowest in society while also creating social and sympathetic spaces for people of all languages, cultures and ages?

According to the architects, "New Parisian Stories" manifests a physical and metaphysical journey from old to new. The architecture is thus simultaneously rooted in the past, comments on the present, and points toward a new and brighter future.

The existing structure, Passy Réservoir, breaks the “rules” of its Parisian context by its mere presence. The water basins raised ten meters create a second horizon, or “translation line,” that informs the architectural interventions carried out beneath and above.

The resulting building attempts to create beneficial synergies between people and functions. It generates spatial experiences through universal and specific design that allows for the life of all people to play out. Ultimately, it seeks to become a monument for the people of Paris and a catalyst for the societal change they crave.In “New Parisian Stories,” the diversity and cultural differences of Paris are seen as qualities rather than obstacles, and architecture becomes more than the sum of its parts. 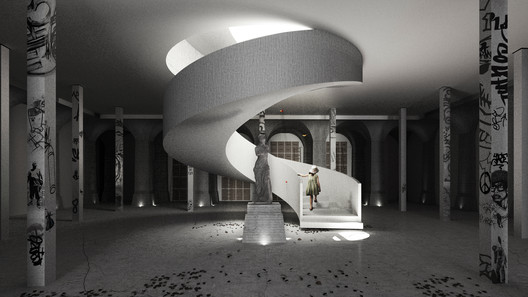