Text description provided by the architects. The Concert Hall, Aarhus was originally designed by Kjær & Richter, and was inaugurated in 1982. With its new extension the Concert Hall has doubled in size and now encompasses a wide range of functions that turn the total complex into a unique concert and educational institution of international standard. The extension includes a Symphonic Hall with sublime acoustics and room for an audience of 1,200, a Rhythmic Music Hall, a Chamber Music Hall, and premises for the Royal Academy of Music, Aarhus, the Aarhus Symphony Orchestra, the Filuren children's theatre ensemble and the Danish National Opera.

The Symphonic Hall is specially built for symphonic music, and functions in itself like a giant instrument, the sound of which can be adjusted by moving walls, carpeting and acoustic panels. The Hall's internal dimensions are care-fully designed to produce the best acoustics; the model for its proportions is the Golden Hall of the Musikverein, Vienna, which is optimum for orchestral music. Despite its world-class performance, the hall was built with modest means, using mainly prefabricated
concrete panels.

The colours in the Hall are Nordic: light ash wood, silver-grey concrete panels and black seating. The acoustic panels are clad in red fabric, and have both an acoustic and an architectural function: the powerful red colour means the panels can clearly be seen when they are extended and thereby adapted to the music, and in this way, they help to say something about the music’s intensity.

C. F. Møller Design has been responsible for a new reception, furniture design for the lobby area, the construction of new kitchen and canteen with a bespoke buffet design, and general signage. The furnishing includes the especially developed Buco lobby series, with benches and foyer tables with a distinct cutout that allows the architecture stand out, and accommodates handbags etc.

Everything is the same material and color scheme, simple and bright with the use of white composite materials to create an architectural coherence and contrast to the characteristic yellow brick walls and artist Ingvar Cronhammer’s distinctive contribution to the building, including 17 large LED chandeliers and a red laser-illuminated water feature. 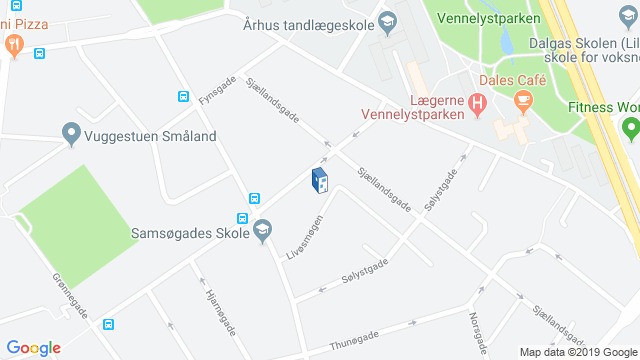