Save
OMA, Hopkins and LDS Among Finalists to Reimagine Higher Education Design in the UK
Share
Or
Copy

Five finalist teams have been selected in the MK:U International Design Competition to create alternative masterplan visions for a proposed new model university in the United Kingdom. The proposed new university, will focus on digital economy skills and practical, business-oriented courses; it also plans to offer fast-track two-year degrees. MK:U, a partnership between MKC and Cranfield University, will use the new University Quarter and the wider city as a ‘living lab’ to test out new concepts and ideas while inspiring students and citizens. 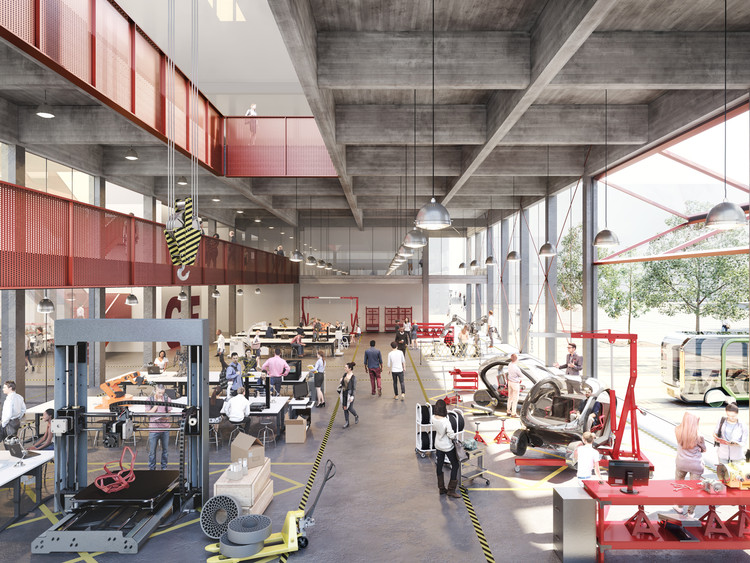 Benefiting from the last major undeveloped site in the city center, and mixing university facilities with public spaces, MK:U will be open 24/7 to the wider community. The first stage of the competition, which launched in January 2019, attracted 53 team submissions comprising 257 individual firms from across the globe. The five finalist design teams who reached the second stage were asked to submit concept designs for phase one (construction budget approximately £188 m), including a masterplan and key buildings for the 10-hectare city centre site, and for 61,120 sqm of built area.

Professor Lynette Ryals OBE, Pro-Vice-Chancellor, Cranfield University and Chief Executive, MK:U, said that, "MK:U is going to be an economic asset to the whole UK, not just Milton Keynes, creating the graduates that businesses say they desperately need and addressing the national and international skills shortages in fast-growing new technologies and industries. Seeing the designs by our five shortlisted teams for the first time is a major boost for the project and for the city." MK:U is one of the flagship projects of the strategic MK Futures 2050 Programme, which was set up to enable the city to grow — MK being the fastest-growing city in the UK and expected to support a population of half a million by 2050.

The five finalist teams are:

An honorarium of £30,000 will be paid to each finalist team for their competition work; a technical panel report will be supplied to the jury. The competition is being run under EU procurement rules and to current UK legislation. MK:U will be delivered in three phases and will complete within 15 years, when the fully-fledged university will serve 15,000 students.

The designs, along with physical models and videos, will go on display in a free exhibition, Milton Keynes: A Journey to 2050, between 4–7 July 2019 in Middleton Hall, thecentre:mk, Milton Keynes. MKC is encouraging public feedback on the concepts, either by comment card or email to mku@malcolmreading.com. Feedback will be passed to the twelve competition jurors who will meet to interview the teams and select the winner later in the month.

MK:U is due to open to its first undergraduates in 2023. 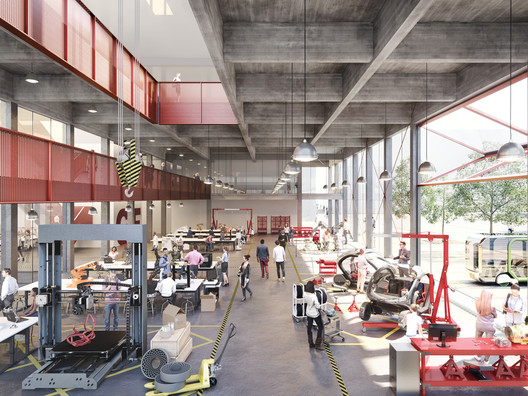