Most urban areas in the U.S. are surrounded by belts of “edge city” development that cluster housing, industry, retail, and office space around a transportation nexus like a highway interchange or rail hub. The land-use standards governing these exurban areas are generally different, and less intensive, than those in central cities. A large percentage of the working population lives in or near edge cities, dealing with commuting headaches and rising taxes.

For most of the last century, large areas of the country developed according to model of edge-city sprawl that few planners and urban designers believed would be sustainable.

For most of the last century, large areas of the country developed according to models of edge-city sprawl that few planners and urban designers believed would be sustainable. Density, especially in housing units per acre, was possible only in central cities. But the American dream of a single-family house on a sizable lot prevailed, despite warnings from planners and environmentalists about potential housing shortages and climate change challenges.

Last week, the New York Times ran a cover story that chronicles a seismic shift in attitudes toward single-family zoning in the western half of the United States. Minneapolis, Portland, Seattle, and San Francisco are “upzoning” significant portions of built-up areas, increasing density and often proscribing single-family development. These moves would have been impossible a decade ago and seem politically adventurous to those living in more conservative states in the east and south. Yet apparently city councils were virtually unanimous in taking steps to increase density, not just downtown, but in outlying areas.

From an environmental standpoint, the advantages to density are obvious: more land can be left for open space, recreation, and sustainable agriculture. Infrastructure can be built and distributed efficiently. Environmentalists and regional planning organizations argue that widely affordable housing near center cities must be built in areas that are now zoned for single family or low-density development. In the Bay Area, income disparity and scarce land have driven housing costs beyond the reach of middle-income families, let alone working-class and immigrant groups who provide the labor necessary to sustaining the Silicon Valley technology bubble. California Governor Gavin Newsome views the shortage as a crisis, and he is not alone among leaders of western states in calling for a new approach to land-use planning in the region. Even in Arizona and New Mexico, longtime proponents of sprawl are changing their minds about responsible development.

The first zoning laws in the U.S., drafted during the Progressive Era, were based on the premise that land use ought to be regulated for the “common good” of citizens living in urban areas. By placing the collective, the average citizen, and the community at the center of the debate about property rights, progressive leaders convinced most Americans that good urbanism benefits all city dwellers in equal measure. Maximizing property value was not the driving force behind sensible urban planning. Rather, the safety, welfare, and health of the population should be protected, not only by police, firefighters, and hospital workers, but also by building laws regulating the use of land and the density of development on individual lots. Floor-area ratios, maximum building coverage, and limitations on impermeable surfaces were built into most zoning ordinances. Later, more sophisticated limitations on density, such as transfers of development rights, came into play, and the economics of municipal services drove many decisions.

Reagan-era conservatives took aim at zoning laws and land use by reframing the debate around the issue of “property rights” and home rule in municipalities. States like Florida, Texas, Arizona, and Colorado promoted development by touting minimal zoning restrictions—and none at all in Houston—and free-market real estate policies; Groucho Marx wouldn’t “lose his shirt” buying land in these territories. They were a new frontier for developers looking for a quick buck. And people flocked to the Sun Belt, the Southwest, and the Rockies in the final decades of the century to take advantage of easy deals on property and low taxes. The policies worked, just like any free market.

Have leaders in these once free building sprawl regions been chastened by the consequences of such policies? Growing up in California and Washington, I saw the pace of development quicken after the 1960s, and wondered whether our vaunted quality of life might suffer as a result of lax land-use regulations. Returning to Seattle in recent years, I was astounded at the scale and breadth of urbanization in once-pristine areas around Puget Sound. Yet I did not foresee a housing shortage in a city that used to be a sleepy backwater, and apparently I wasn’t the only person fooled by assurances that conservation would not be trampled by Amazon’s power or Boeing’s success. Westerners were blindsided by pro-growth initiatives run amok.

We must bring political leaders with us in promoting medium density, walkability, safe streets, mass transit, and adaptive reuse for energy conservations in all cities and states.

History ensures that the coming discussion about the merits of greater density in American cities and suburbs will still be tainted by complaints about property rights and maximum return on land investment. It’s essential that architects, planners, and environmentalists insist on Americans’ right to clean, decent, affordable housing near their families and workplaces. We must bring political leaders with us in promoting medium density, walkability, safe streets, mass transit, and adaptive reuse for energy conservation in all cities and states. The principles of the Charter for the New Urbanism, the Urban Land Institute, the Regional Plan Association, the Nature Conservancy, and other advocacy organizations already provide standards for reform in zoning and land use, but they are often ignored by politicians. Only as cities like Minneapolis and San Francisco show the way in debunking the myth of single-family ownership as a “right” will average Americans understand the necessity for providing quality housing on land previously zoned for McMansions.

Preservationists have long argued that conserving historic neighborhoods for the “common good” benefits all residents of a city and promotes civic pride. Repurposing downtown buildings for affordable housing has not been a significant trend following the repeal of the 1986 tax incentives for historic building renovation, but the Green New Deal calls for such strategies in its preliminary recommendations. San Francisco now has a law allowing “accessory dwelling units” on single-family lots, and a healthy market is developing for their construction. Portland has encouraged not just “Tiny House” lot-sharing on large properties, but also new, medium-density housing in historic neighborhoods. There are signs that city leaders are waking up to the need for innovative strategies in providing new housing units. It’s a pity that New York, Boston, and Washington, D.C., seem behind the curve on this issue—and it’s not because affordable housing is plentiful in any of these places. It won’t be long before upzoning occurs in the Northeast.

Architects should be jumping for joy at the news that affordable housing will finally get on the radar screens of city leaders in their own backyards. Many of us were trained in the 1960s and 1970s to design mass housing, only to find that no one would pay us to do so. If we regain our altruism, proclaiming the right of citizens to live in affordable, beautiful, energy-efficient multifamily housing, we may very well get our mojo back, and start walking like winners because we’re doing good—good for the common folk. Wouldn’t that be something? 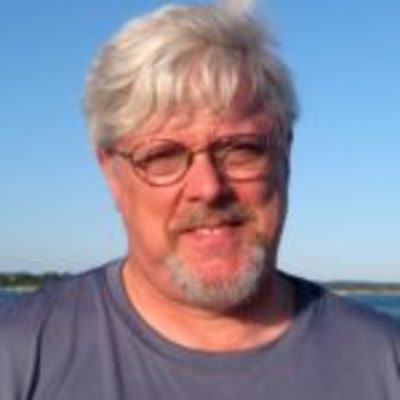