Sidewalk Labs has released the full 1,500 page development proposal for its Quayside neighborhood in Toronto. After announcing plans to create a model smart city, Sidewalk Labs has been working to pioneer a new approach to future urban developments. Plans for Quayside were first revealed last summer as an interconnected smart neighborhood for the city. The Master Innovation and Development Plan (MIDP) proposes a comprehensive planning and partnership model to set a new standard for urban development in the 21st century. 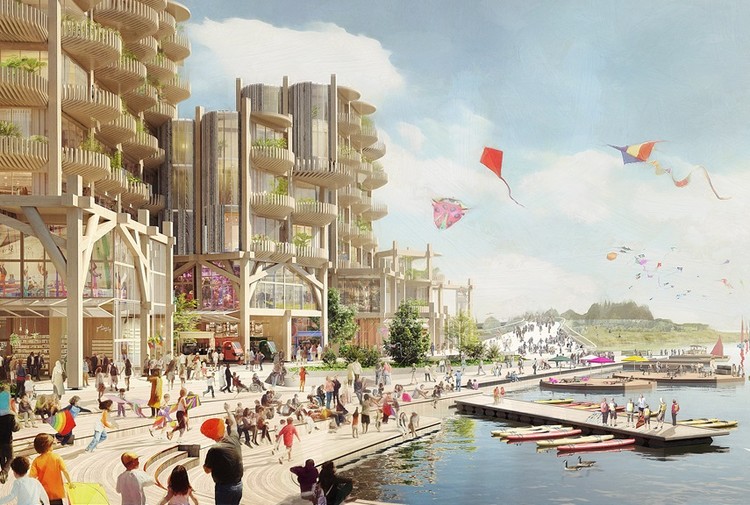 As the subsidiary of Google's parent company Alphabet, Sidewalk Labs aims to "unlock the potential" of the Eastern Waterfront through new jobs and housing, as well as stimulating economic growth. Released after 18 months, the full proposal shows how multiple plans and design details will work together. Across three volumes, the MIDP outlines a new vision for how Quayside can integrate physical, digital, and policy innovations to take on affordability, sustainability, quality of life and generate economic opportunity. The project would include 12 timber towers with 2,500 residential units total, 1,000 of which would be rented at below-market rates and combine offices, shops and residences.

The company stepped back its initial ambition to overhaul the entire eastern waterfront. The master plan currently outlines development for two distinct districts: Quayside neighborhood and the nearby 150-acre River District, which together are dubbed the Innovative Development and Economic Acceleration (IDEA) District. The two sites will be used to test multiple projects and development ideas that the team has unveiled for Toronto. Sidewalk Labs CEO Dan Doctoroff said that, "This proposal aims to do something extraordinary on Toronto's eastern waterfront: create the neighborhood of the future in the right kind of way, with people at its center, and with cutting edge-technology and forward-thinking urban design combining to achieve ambitious improvements in the urban environment and in the way we all live."

Sidewalk Labs has committed to spending $1.3 billion to promote $38 billion in additional private investment in the overall plans. The project aims to bolster the local economy by providing an estimated 44,000 jobs and $4.3 billion in annual tax revenues. The proposal will now be reviewed by the City of Toronto and Waterfront Toronto’s board of directors. 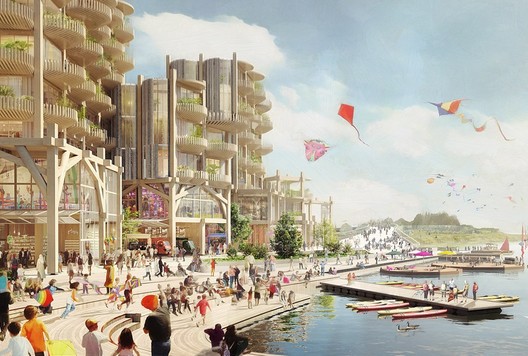