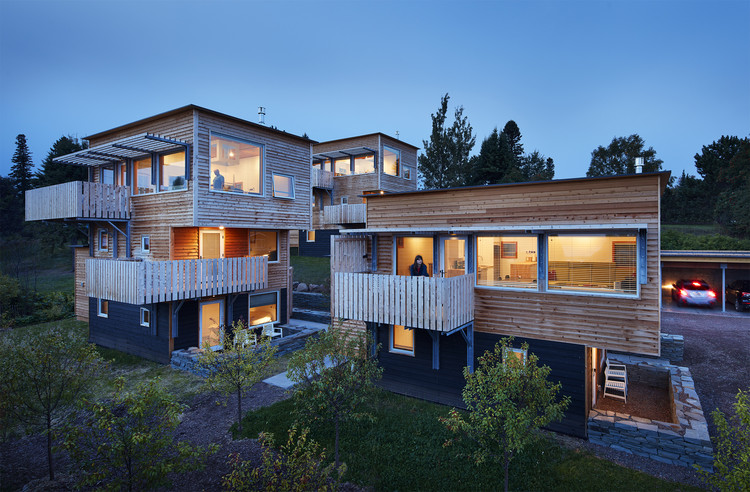 Text description provided by the architects. Tre Søstre is located in the village of Grand Marais, Minnesota. The setting is defined by the rugged shore of Lake Superior to the east, a steep hillside sloping up to a prominent ridge line, with a vast boreal forest stretching north to the arctic. The area was first inhabited by the Ojibwa, with French fur traders and Scandinavian fishermen settling the area in the early 20th century. Today the town remains a remote village with an economy based largely on outdoor recreation and tourism enabled by the proximity to Lake Superior and nearly 4 million acre Superior National Forest.

Twenty years ago, the clients purchased the property after completing a five year sailing journey from Duluth to Honduras and back. The property was in a state of disrepair with three severely damaged structures with collapsed roofs. The husband and wife restored the buildings for short-term rentals. They built a fourth structure using traditional timber frame construction as a live-work space for themselves which they call the “boathouse.”

The site is located a half block from the shore and within a few blocks of an acclaimed folk school. The surrounding neighborhood is a mix of low-rise commercial, single-family residential, and short-term rental. The clients purchased an adjacent vacant lot and hired the architects to design three new units with the goals of prioritizing views and making a bold architectural statement while remaining sensitive to the scale of the neighborhood context.

The three units are located up-slope from the existing structures. Each unit has a modest 16’x 22’footprint with several cantilevered volumes and exterior decks that increase the usable floor area on the upper levels. This strategy was inspired by the “stabbur”—traditional Scandinavian farm buildings used for storing grain. The small footprints minimize disruption to the site, allowing for more productive uses of the landscape such as stormwater infiltration which is critical given the proximity to the lake and the slope of the hill.

A sod-roofed storage building and carport also contribute. The carport is built into the slope to maintain views for the neighbors to the north. A series of dry-laid retaining walls and poured concrete steps create a terracing effect across the site that define a dynamic sequence of patios, softscapes, and pathways. Spatial configurations and proximities were carefully considered to provide areas of protected privacy and open gathering within a relatively dense cluster. Lower level bedrooms—each with a private patio or deck—lead to an open living space above with 10ft ceilings and unobstructed views to the lake.

The name is Danish for “Three Sisters,”an homage to the client’s Danish father. In addition to describing the familial grouping of structures stepping up the hill, it also references a tight grouping of three rogue waves, a phenomenon unique to Lake Superior. It perfectly captured the client’s bold aspirations for the project while grounding it squarely within its place. 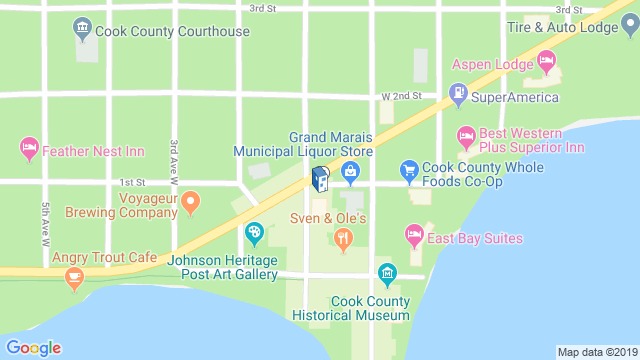 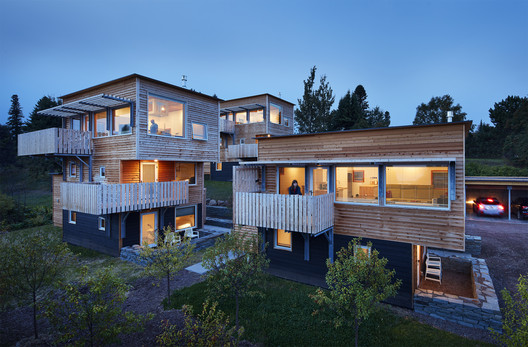