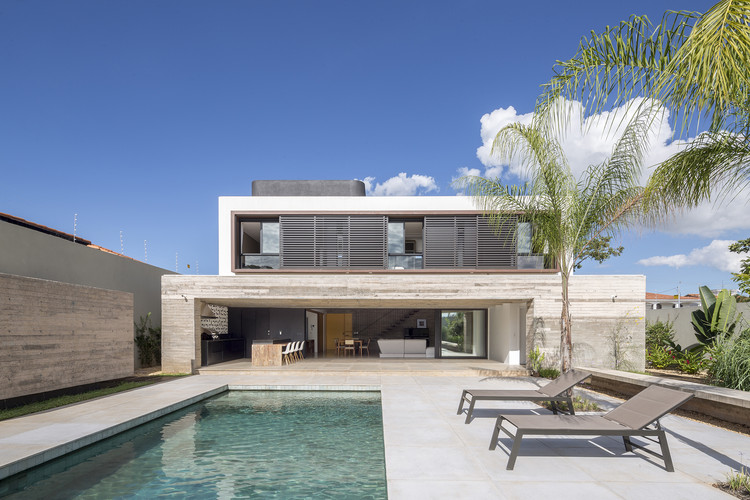 Text description provided by the architects. A white box floating on a concrete base. This sentence summarizes the proposed volumetric composition for the Lago Norte house project. The central idea of the project is to highlight the upper part of the lower part of the residence, like two independent universes. The ground floor, with a more open and integrated character, has a little delimitation between the rooms, only demarcated by differences in height, from the central hall of the room, up to the contiguous rooms, kitchen, barbecue, balcony.

. The upper floor is configured "as an apartment inside the house", in the couple's own words. A space developed for rest where privacy and silence are valued. The house seeks different forms of dialogue with the environment, respecting the solar orientation and the context. The relationship with the access road, facing the west, occurs through a generous indentation, that allows the accommodation of the garage in the ground floor, and by an abstract rectangular plan, of white color, separated from the base by a horizontal continuous trait.

The bottom of the lot is facing the main avenue of the neighborhood, about 2m higher than the threshold. The natural drop gives privacy to the lower deck but exposes the second floor to the movement and noise of the vehicles. There, the nascent orientation was used to illuminate and ventilate the rooms, which can be sheltered by sliding metallic brises. The predominantly spring-oriented windows also favor the region's dominant natural ventilation and protect from rainy winds. 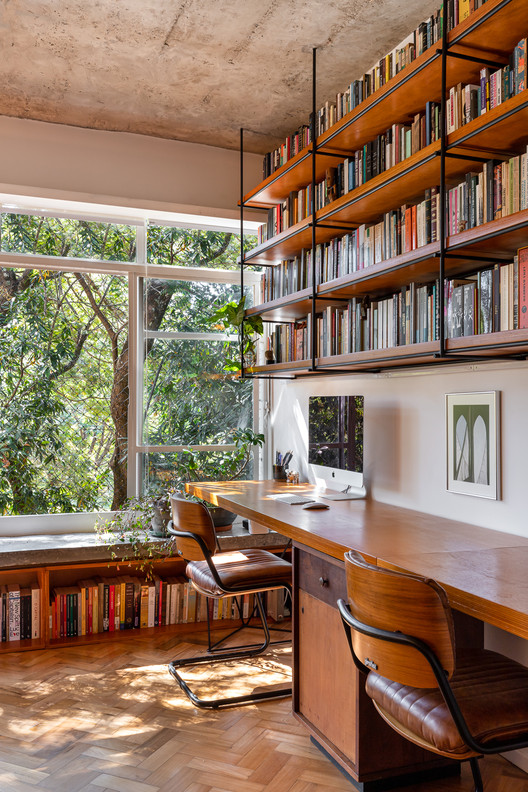