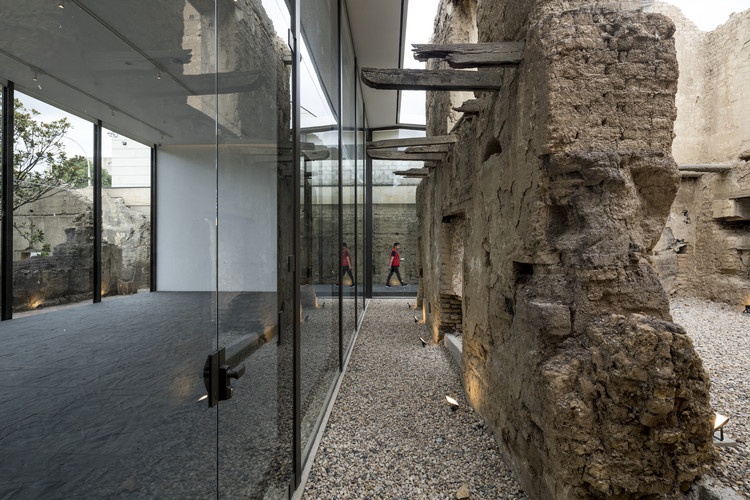 Text description provided by the architects. In conjunction with the peace agreement between the Colombian government and the FARC guerrillas, it was agreed on to construct three monuments with the weapons and supplies of the war, one in the United Nations, another in Havana and one in Bogotá. The artist Doris Salcedo, who was commissioned for the work in Bogota, decided that a counter-monument, rather than a monument, should be built with the 37 tons of weapons deposed by the more than 13,000 ex-combatants. The sculptural work in question opposed the idea of glorifying violence and monumentalizing weapons and chose to create a floor that today functions as the physical and conceptual basis of this unbiased place that reverses the power relation created by the rifles.

This space of art and recollection initially presented as an empty space, is, in turn, a space for the production and exhibition of other artistic works, in a program of annual convocations with a duration that will be equivalent to that of the conflict between the parties. Among the possible locations of the project was an old house of colonial typology, abandoned and in ruins. The building dates back to the seventeenth century and is located on the main north-south axis of the city, two blocks south of the Palace of Nariño, home of the presidents of Colombia and two blocks north of the now marginal neighborhood Las Cruces in the center of Bogotá, in the middle of an invisible border between the center of power and the people.

The artistic project manifests the need to create an architecture that at the same times is invisible, horizontal and without hierarchy. The existing remains of what once were the domestic volumes of a house, open and unfinished with courtyards and rooms, articulate an architectural dialogue between the place of recollection, that is the platform from which the Colombian people begin to look towards the future, and the ruin that reminds us of the emptiness and absence left by war. The shape of the floor and the space was a result of occupying the negative space of what was formerly the house, inverting the inside and the outside, encapsulating the ruins as if they were relics.

In respectful resonance with the artwork, the facades were designed with the local maximum glass format and a single slender metal structure that supports the windows and the ceiling. The floor is composed of 1296 tablets of 60cm x 60cm, made with the molten metal of the weapons, folded at the edges, creating a monolithic surface with a hight of 16 cm. The skin of the space, modulated at a distance of 2.40 m, broaden inwards to show the robustness of the sculpture and to disappear in front of the ruin. On the outside, the structure lays on a concrete slab levelled with the stone courtyards.

The volume, composed of three spaces articulated by a single corridor, is carefully inserted in the voids without touching the boundaries, creating interior and exterior routes. From the street, the building could go unnoticed, since only the remains of the old entrance to the house remain in a white adobe wall. Above it, a plate with the word FRAGMENTOS (Fragments), announces the beginning of the route. Upon entering the hall one discovers a first garden, the access atrium and the main hall. From this point, ramps ascend following the foundation levels of the ruins to a second multi-purpose auditorium.

The first two spaces can go from being completely transparent boxes flooded with light, to closed spaces, thanks to the curtains that are hidden in the ceiling and walls. The end of the route reaches the third space, with walls and proportions of 12.40m x 12.40m x 8m, illuminated with indirect overhead light. Also located on this level, are the service areas, the cellar and a staircase to a fourth space on the second level, which functions as an archive. The ruins, converted into spaces of art and contemplation, are decorated with gardens of native rainforest vegetation representative of the country. Three trees of great size and age that were rescued, were transplanted to remain there as survivors. 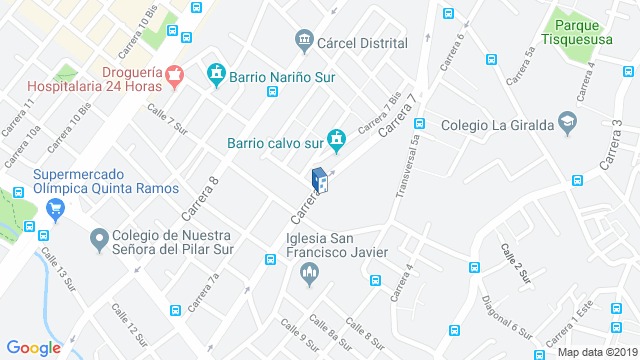 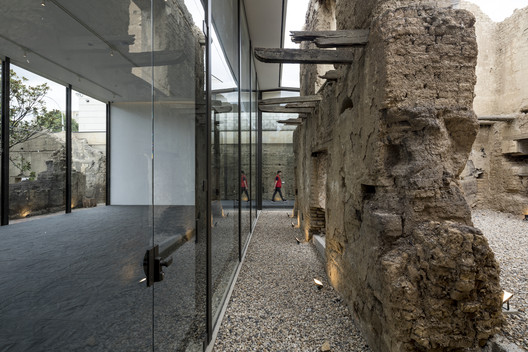