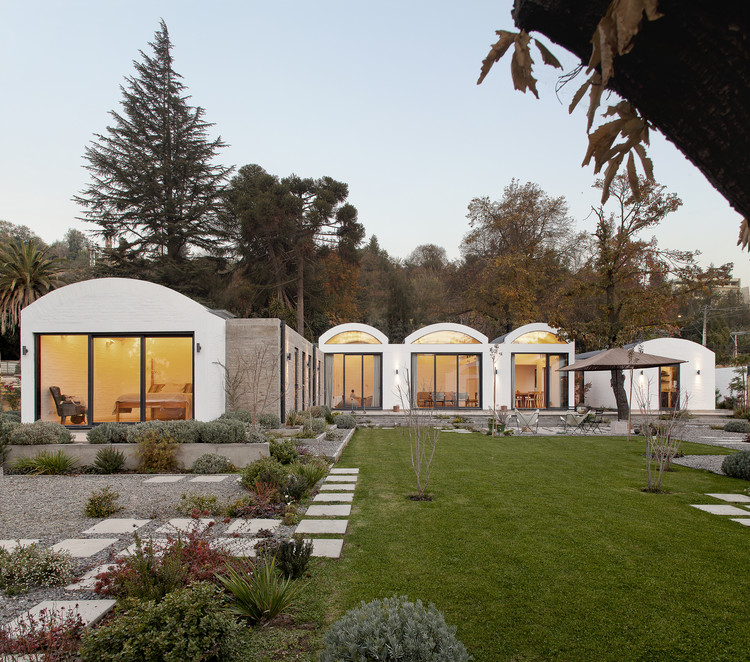 Text description provided by the architects. The commission was to design a studio for a ceramist, along with a house for her young and growing family. The project had to relate these two programs in order for them to have enough control of one over the other, but at the same time have enough independence between the working and living areas. The primary material in a ceramic studio is clay, which is fired in order to have structure. The same
operation is used for the manufacture of bricks, the chosen material for the construction, which is left in evidence in order to create a crossover between the physical place and what happens inside.

On the other hand, the vault, as an architectural element, makes a formal allusion to ceramic kilns and the traditional brick constructive system for ceilings, but this time it’s built in lighter material. In addition, the vault allows to have greater heights in each room without the need of high lateral walls, obtaining intimate, but ample spaces at the same time. The vault of the studio is repeated in parallel and in different lengths over the plot, as a system of naves in which the program is established. This way the studio is a long nave for working and teaching ceramic and in the house, there is a nave for sleeping, one for playing, one for living, one
for eating and one for cooking and cleaning. These naves leave space in between in order to fit circulation and integrate four preexistent chestnut trees.

In the interior, the public space with the dining, living and playing rooms is continuous and open, but each one of these programs is separated by the ceiling vaults which run in perpendicular direction to the general space. The different heights reached by the support and the highest points of the vaults allow apertures in all directions and heights, favoring an interconnection with the exterior and
permanent light entries which change the luminous atmosphere of the space during the day. From the exterior, the vaulted naves are painted in white, leaving in evidence the brick texture. On the other hand, the circulation spaces which have flat roofs, leave the brick in sight, making a difference between both systems. The interior finishes are of noble and simple materials, just as the materials used in the making of ceramics. 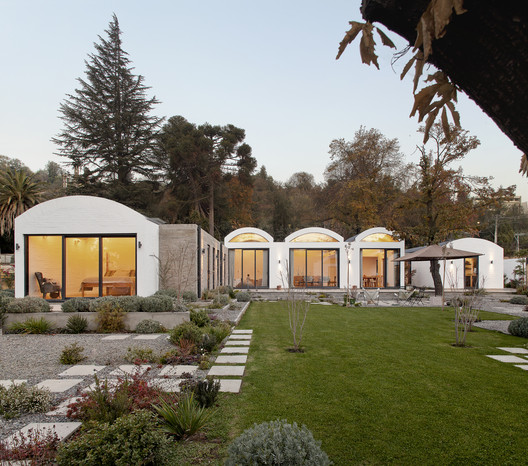